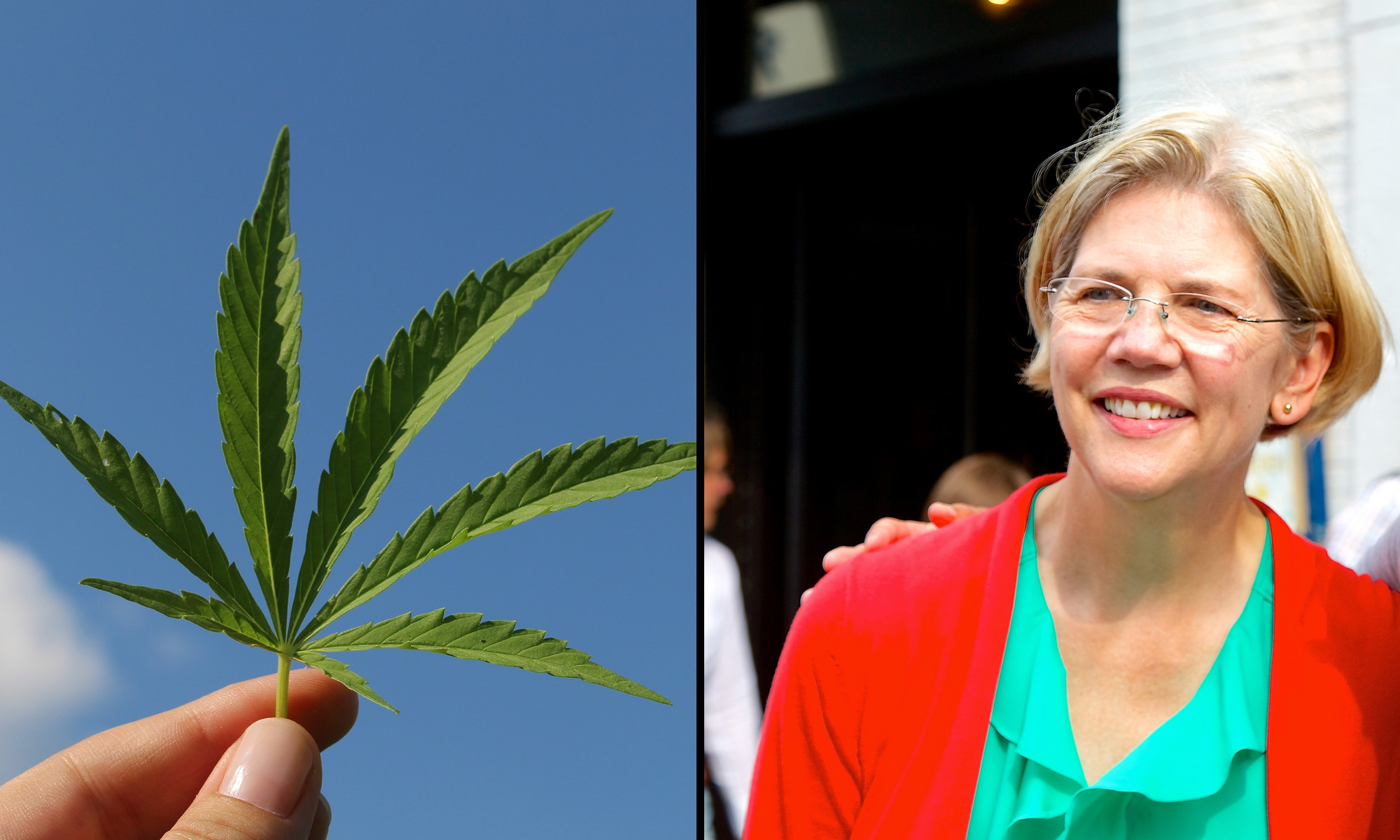 Sen. Elizabeth Warren (D-MA) unveiled a plan on Friday that’s aimed at holding the federal government accountable for following through on its obligations to Native American tribes, and that includes ensuring that tribal marijuana programs are protected against federal intervention.

The plan emphasized Warren’s support for a bill she filed earlier this year that “would protect cannabis laws and policies that tribal nations adopted for themselves.”

The 2020 Democratic presidential candidate, who has faced criticism over claims of Native American heritage, pointed to federal reports showing that tribal programs generally have not received adequate funding and said it is imperative that legislation be enacted to “provide resources for housing, education, health care, self-determination, and public safety” for those communities.

To that end, Warren is planning to introduce a bill called the “Honoring Promises to Native Nations Act” alongside Rep. Deb Haaland (D-NM), co-chair of the Congressional Native American Caucus. Before filing, however, the lawmakers are soliciting input on how best to draft the legislation, and are accepting written testimony until September 30.

While the proposed legislation itself doesn’t currently include marijuana-specific provisions, a press release and blog post on the topic address the senator’s sponsorship of the Strengthening the Tenth Amendment Through Entrusting States (STATES) Act, which would allow tribal communities and states to set their own cannabis policies without Justice Department interference.

“For example, while not every tribe is interested in the economic opportunities associated with changing laws around marijuana, a number of Tribal Nations view cannabis as an important opportunity for economic development,” Warren’s campaign blog post states.

“I support full marijuana legalization, and have also introduced and worked on a bipartisan basis to advance the STATES Act, a proposal that would at a minimum safeguard the ability of states, territories, and Tribal Nations, to make their own marijuana policies,” she wrote.

.@RepDebHaaland & I invite feedback about this proposal & look forward to working closely with tribal nations & citizens, experts, & other stakeholders to advance legislation in Congress that honors the United States’ promises to Native peoples. https://t.co/qc1fkBGb3I

A separate press release on Warren’s Senate website also touts her support for the STATES Act, saying she “worked hard to ensure” that it included tribal protections.

“It’s beyond time to make good on America’s responsibilities to Native peoples, and that is why I’m working with Congresswoman Haaland to draft legislation that will ensure the federal government lives up to its obligations and will empower tribal governments to address the needs of their citizens,” Warren said of the overall tribal plan. “We look forward to working closely with tribal nations to advance legislation that honors the United States’ promises to Native peoples.”

In an email blast to her campaign list, Warren included “a set of additional ideas to uphold the federal government’s trust and treaty obligations with Tribal Nations and to empower Native communities,” which includes her marijuana proposal:

There’s increased interest in ensuring that Native populations receive the same benefits and protections as states as it concerns cannabis legislation.

In June, the House passed a spending bill that included a rider stipulating that Native American marijuana programs couldn’t be infringed upon by the Justice Department. And a GOP representative filed a bill in March that would provide similar protections.