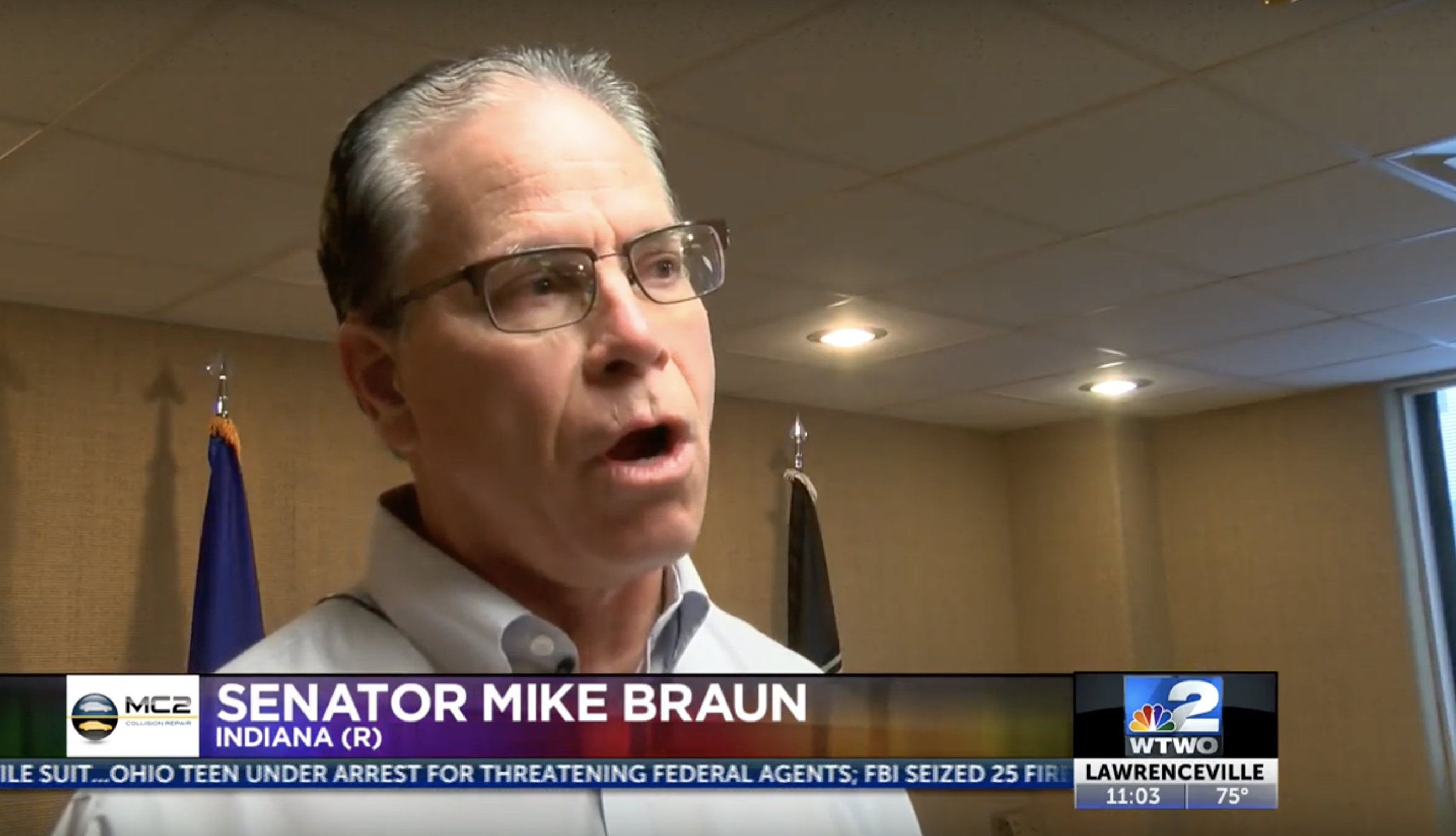 A Republican senator again voiced support for medical marijuana but, since he took office in January, he’s declined to sponsor or cosponsor any legislation that would provide patients with access to it.

“I believe when it comes to medical marijuana, there are too many good reasons why you need to start making that legal for that purpose,” Sen. Mike Braun (R-IN) told WTWO on Tuesday.

Braun said that he feels medical cannabis legalization is “going to cascade through all states more quickly than not.”

But so far, the senator hasn’t taken legislative action to bolster that movement, despite past statements on the campaign trail in which he stood out among his GOP primary opponents in his support for medical marijuana. He said in debates last year that medical cannabis is about “free markets and freedom of choice” for patients and that “if a state wants to go to medical marijuana, it ought to be their prerogative” to do so.

Several bills have been filed this Congress that would improve access to cannabis for patients, including more modest legislation that would simply promote scientific research into the therapeutic potential of marijuana.

Marijuana Moment reached out to Braun’s office to inquire about whether the senator planned to introduced a medical cannabis bill or sign on to any existing piece of legislation but a representative did not respond by the time of publication.

On adult-use legalization, the senator was less committal in the new interview, stating that “I still think that’s going to be up to the next generation whether all states will end up going there.”