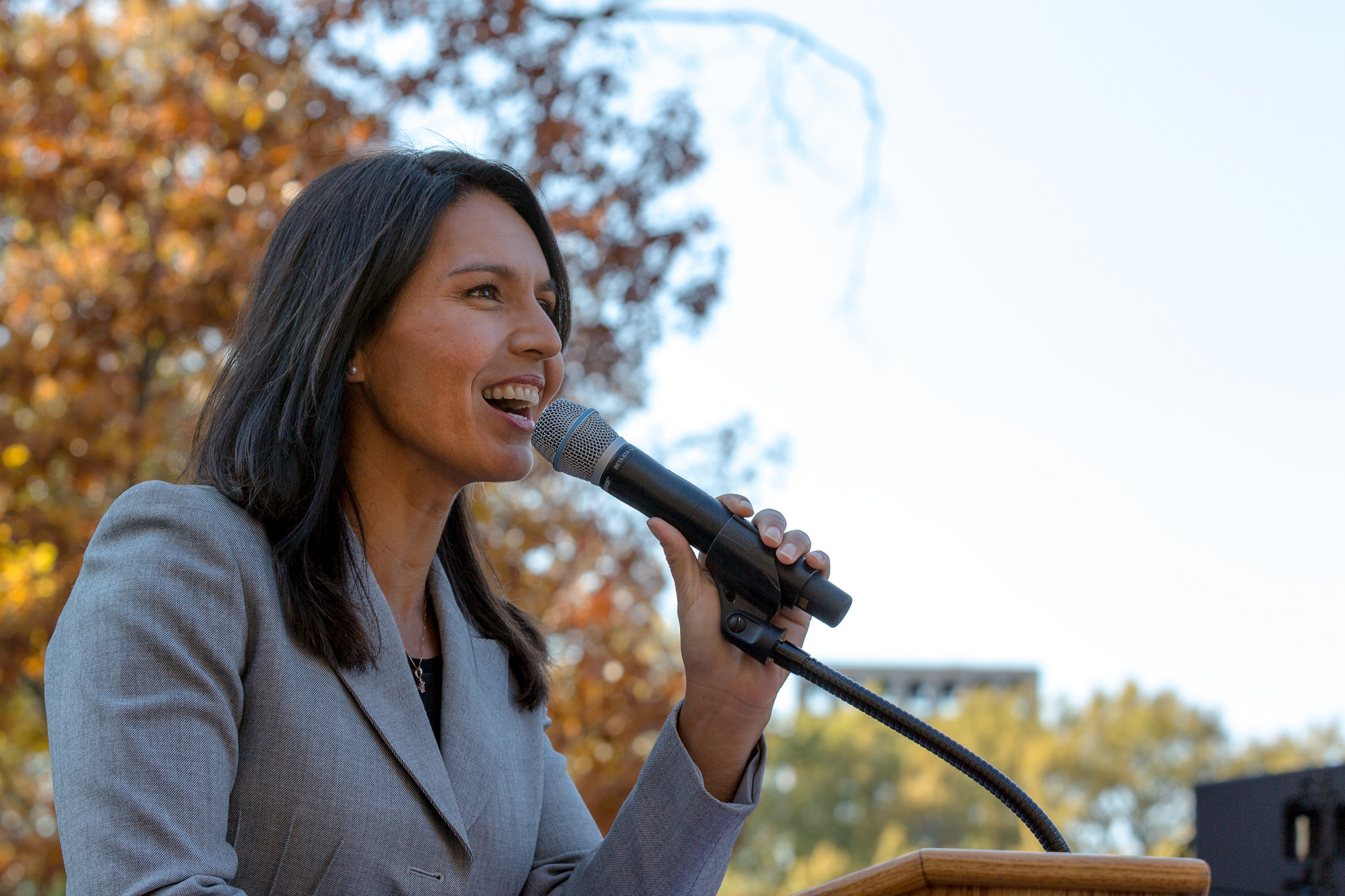 A Democratic congresswoman from Hawaii spoke at length on Monday about the need to legalize marijuana and reform the criminal justice system, and podcaster Joe Rogan took the opportunity to tell her a bit about about the medical benefits of psychedelics.

“There are states that have legalized, whether it’s just medical or full legalization, there has proven to be a direct correlation to a drastic reduction in opioid-related deaths in those states where people have access,” Rep. Tulsi Gabbard said in a nearly two-hour appearance on the Joe Rogan Experience.

“If we know this, and every one of the leaders in this country are so concerned about this opioid epidemic, why hasn’t this been brought forward?”

“It’s huge,” she said of the benefits for people who use medical cannabis, “especially these kids with epilepsy and those with other medical disorders.”

Rogan spent a few minutes highlighting ongoing research into medicinal uses of other Schedule I drugs, such as ibogaine, psilocybin and MDMA.

He also told told the congresswoman about how he got right-wing, anti-marijuana musician Ted Nugent to realize that CBD is a “miracle” for his bad knees.

“If you can talk Ted Nugent into using CBD, there’s hope for the world.”

Unlike Tesla and SpaceX head Elon Musk, who smoked marijuana with Rogan on the podcast last week, the congresswoman didn’t indulge in any on-camera cannabis consumption.

But she did voice concerns about profiteering by private prisons and prescription drug companies.

“When you’re making money off of keeping people in prison, then you have a serious problem,” Gabbard said.

And she had harsh words for pharmaceutical firms “making money at both ends of the spectrum” by selling both opioids and drugs to wean people off of opioids.

The congresswoman expressed hope about growing bipartisan support for legislation to reform a “criminal justice system that is so broken.”

“Right now there’s a moment in time where you have organizations like the the ACLU partnering with the very conservative Koch brothers, supporting the same pieces of legislation,” she said.

We need to stop “cycling the same people through our prison systems and throwing people into overcrowded prisons who have no business being there.”