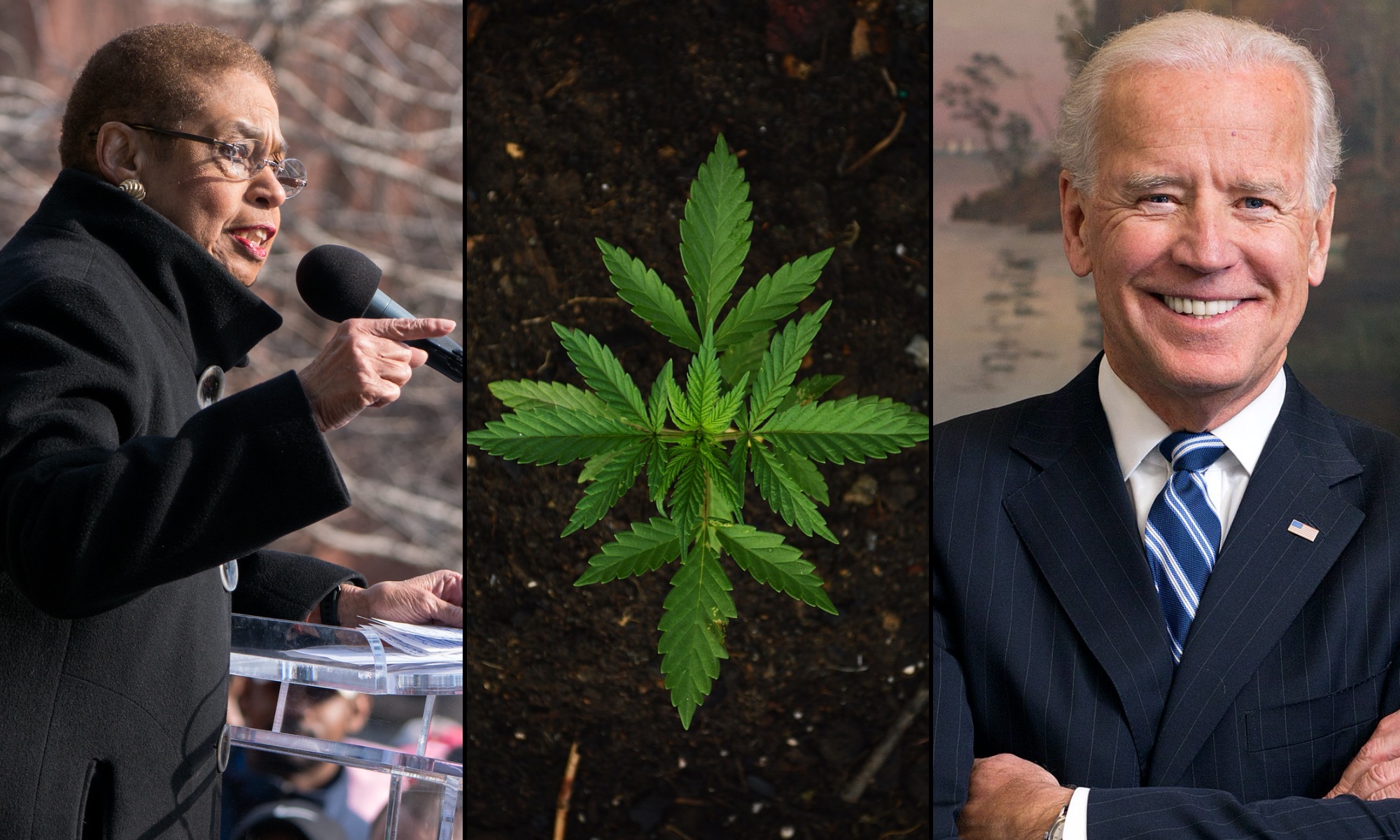 President Joe Biden’s new budget proposal would maintain a ban on allowing Washington, D.C. to legalize marijuana sales—and the congresswoman representing the District told Marijuana Moment on Friday that it represents a frustrating “inconsistency” that she will work to correct on Capitol Hill.

“It’s hard to reconcile with his strong support for D.C. statehood—and, for that matter, with the rest of his budget,” she said. “For example, he does not interfere with medical marijuana.”

Biden’s budget plan, released on Friday, maintains language barring the Justice Department from using its funds to interfere in the implementation of state-level medical cannabis legalization. Advocates view that as a significant win considering that past administrations from both parties have moved to delete that rider, which Congress has nonetheless renewed annually since 2014.

But when it comes to D.C., the president made a point to keep the ban on letting the jurisdiction legalize adult-use cannabis sales—something that Norton, Mayor Muriel Bowser (D) and local legislators have fought against. The administration’s decision is all the more perplexing when accounting for the fact that Biden favors D.C. statehood and has said repeatedly that states should be allowed to make their own decisions on legalizing marijuana for recreational use.

Biden did recommend removing a separate provision to block D.C. from using its tax dollars to provide abortion services—a decision that reinforces the notion that the administration took a targeted approach to the cannabis issue.

“That’s the inconsistency that I see,” Norton said. “He’s a strong supporter of statehood and homerule, so this was the time for him to—especially since we got rid of the abortion rider, which is even more controversial—this was the time to get rid of the marijuana rider as well.”

But now, with the president’s budget submission being done for Fiscal Year 2022, the fight moves to Capitol Hill, and Norton said that she believes the Democratic-controlled House and Senate will delete the anti-cannabis provision.

“I’m more hopeful about congressional action,” the congresswoman said. “I’m going to be working very hard to make sure that that rider is not in the budget” that lawmakers ultimately send back to Biden’s desk.

“With Democrats controlling the White House, House and Senate, we have the best opportunity in over a decade to enact a D.C. appropriations bill that does not contain any anti-home-rule riders,” Norton added in a press release.

Per @EleanorNorton, @JoeBiden’s budget proposal keeps the provision that prohibits D.C. from legalizing the sale of recreational marijuana. Given his support for D.C. statehood, it’s surprising he’d keep the budget rider. pic.twitter.com/IAE6OnhtLB

The congresswoman has been a strong advocate for cannabis policy reform. For example, she recently led a letter to the U.S. Botanic Garden requesting that hemp be displayed at the institution since the crop was federally legalized under the 2018 Farm Bill.

This month, she also sent a letter to the head of the Department of Housing and Urban Development (HUD), imploring her to use “executive discretion” to not enforce policies that prohibit cannabis use in federally assisted housing in states that have enacted legalization.

Asked whether Biden should expect a letter from her on the D.C. budget issue, Norton said “no, he doesn’t need a letter.”

“He’s given me his budget. I need to work from the Congress—that’s what the Congress is for,” she said. “He knew where we stood, and still, in defiance of all of his other policies, he left this in the budget. So no, that’s why we have three branches of government.”

The mayor of D.C. said in April that local officials are prepared to move forward with implementing a legal system of recreational cannabis sales in the nation’s capital just as soon as they can get over the final “hurdle” of congressional interference.