Colorado Gov. Jared Polis (D) introduced an online resource on Monday that’s meant to help the public track the administration’s progress on accomplishing a series of goals, including improving the state’s marijuana program.

The “governor’s dashboard” outlines administrative priorities for each section. For cannabis, Polis said he will be focusing on implementing the marijuana delivery services measure he signed into law last month, helping cannabis businesses go public, increasing the number of banks that service such businesses by 20 percent and establishing Colorado “as a national leader in industrial hemp research, production, and processing.”

“We are thrilled to share these carefully developed goals with Coloradans and have them follow along with us as we work to achieve them,” Polis said. “This interactive tool emphasizes transparency and accountability as we work to ensure that every Coloradan has the opportunity to succeed.”

With respect to hemp, the state’s agriculture department will play a critical role. A three-year performance plan for the department details several hemp-related priorities. 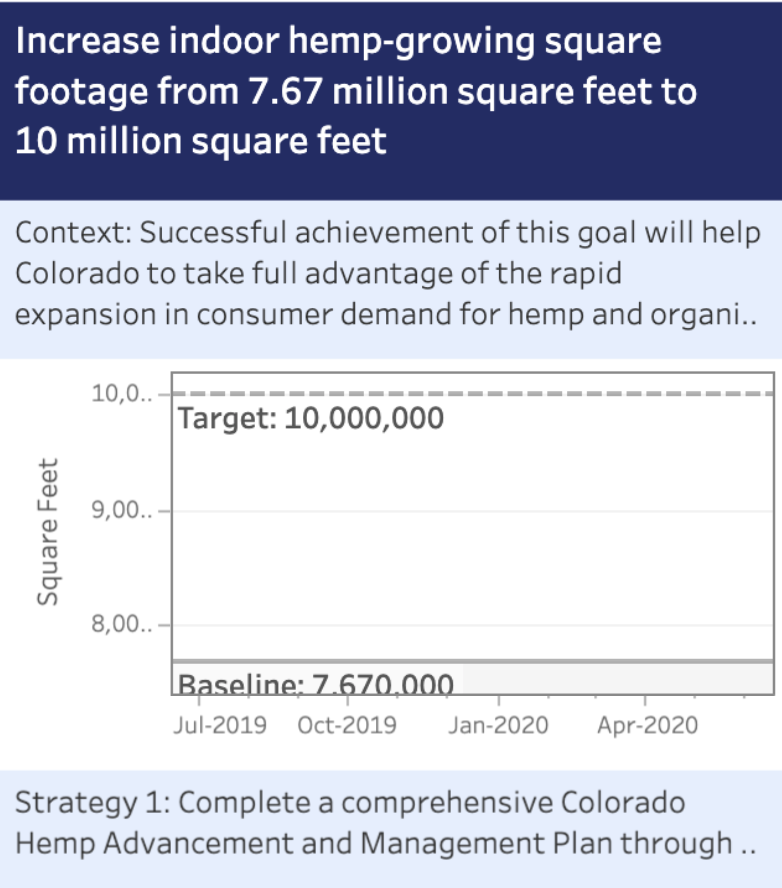 The strategies for achieving the goals are to engage with industry stakeholders to submit a hemp regulatory plan to the U.S. Department of Agriculture, expand the state’s organic production, offer grants and loans “in support of value-added projects” and support “farmer-owned cooperatives,” according to tracking site. 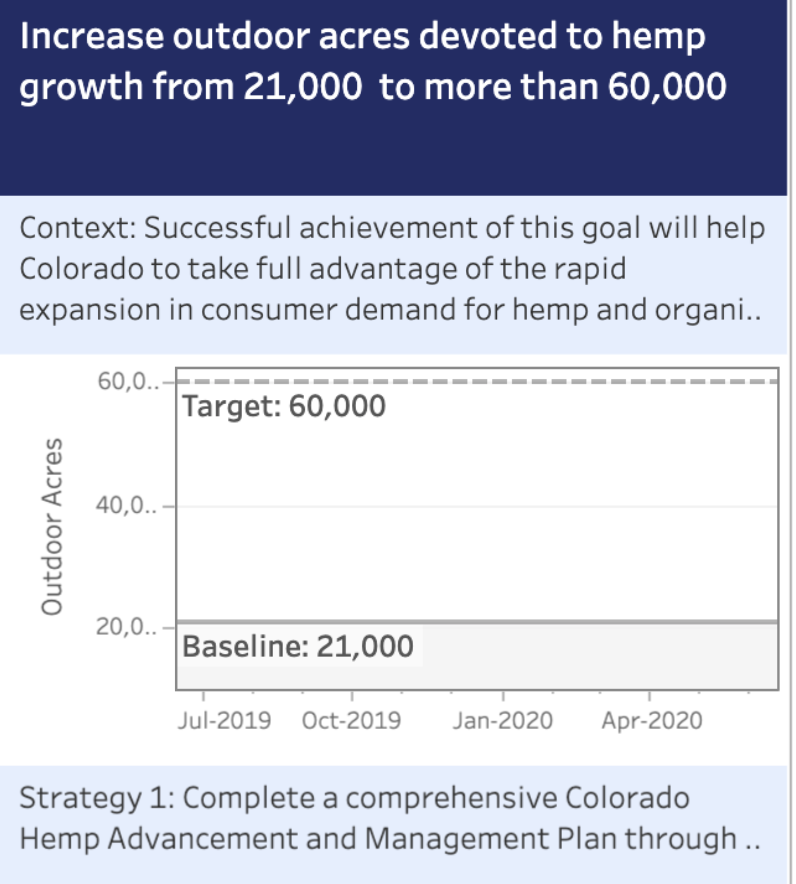 “Successful achievement of this goal will help Colorado to take full advantage of the rapid expansion in consumer demand for hemp and organic production while advancing diverse market access opportunities for Colorado’s farmers and ranchers to expand the agriculture-based economy,” the administration wrote. “Colorado will work hard to lead the nation in industrial hemp production, while increasing the number of certified organic operations in Colorado.”

When it comes to increasing banking access for marijuana businesses, the state will “explore emerging technologies and business models and identify opportunities to provide state legislative and regulatory relief for state-chartered financial institutions, and state-licensed money transmitters who seek to serve cannabis-related businesses,” the dashboard says. 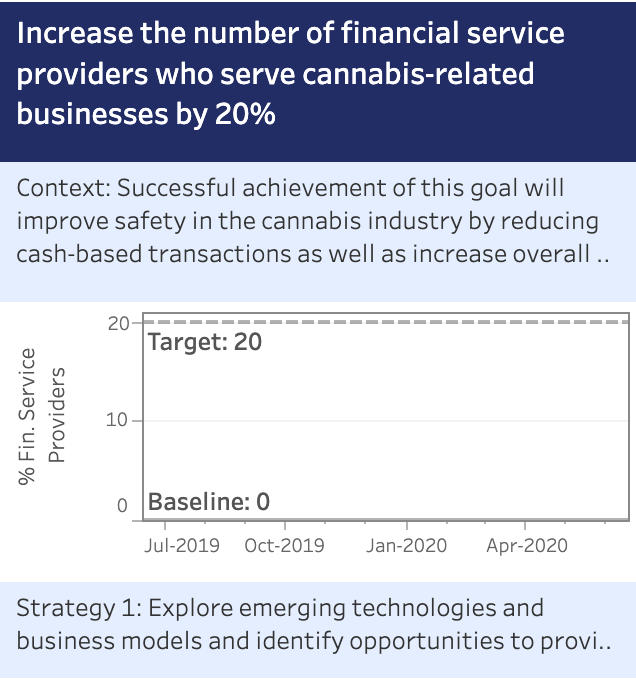 “Successful achievement of this goal will improve safety in the cannabis industry by reducing cash-based transactions as well as increase overall activity in the cannabis space by providing more financial options to businesses,” the governor’s office predicted.

Polis has strived to make good on his promise to support the state’s cannabis program. And unlike his predecessor, 2020 Democratic presidential candidate John Hickenlooper (D), he’s signed legislation aimed at expanding the state-legal market, including providing bills to allow delivery services and social consumptions sites.

He’s long claimed that Colorado’s cannabis industry wields significant economic potential, and not without reason. Last month, his administration released a report showing that the state has collected more than $1 billion in tax revenue derived from legal marijuana sales.

An administrative working group will be responsible for helping keep the state on track toward meeting the newly announced goals.