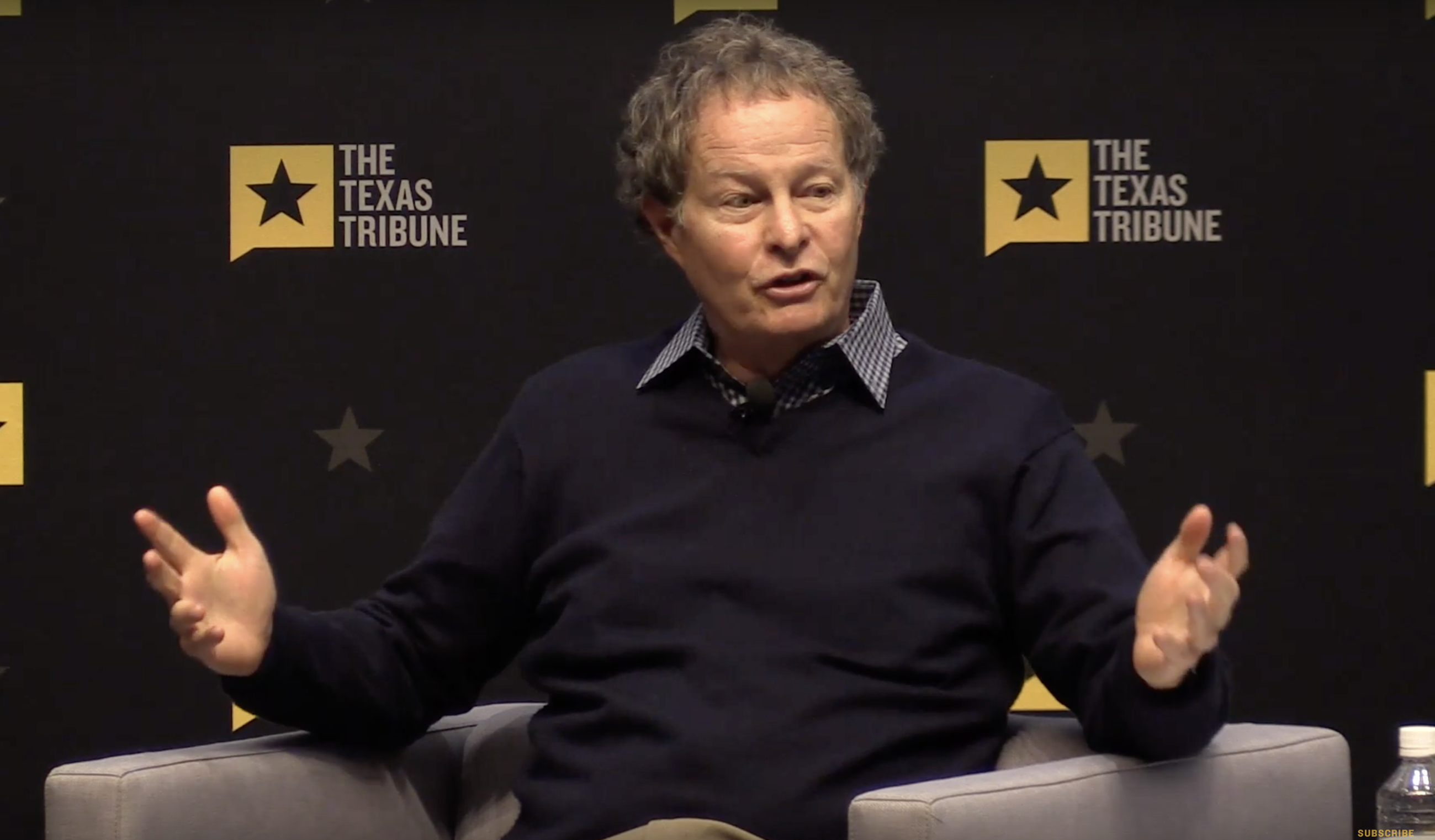 If marijuana is legalized you can expect Whole Foods Market to start selling cannabis products, the company’s CEO said on Thursday.

During a conversation hosted by The Texas Tribune, an audience member asked John Mackey whether his company would consider selling “alternative proteins” such as insects. Mackey said yes, and then, unprompted, he brought up marijuana.

“If cannabis is ever passed in Texas, chances are good that grocery stores will be selling that too,” he said. “You just never know what happens over time with markets. They change and evolve.”

“Let’s see what happens with the market and the government regulations over time,” he said.

It’s not much of a surprise that Mackey is open-minded about putting cannabis products on Whole Foods shelves. In 2013, he voiced support for marijuana legalization in an interview with Mother Jones.

“I am pro-choice, favor legalizing gay marriages, protecting our environment, enforcing strict animal welfare protection laws (I’ve been an ethical vegan for 10 years), marijuana legalization, having a welfare safety net for our poorest or disabled citizens, and a radically reduced defense budget and military presence around the world,” he said at the time.

It would also seem to make good business sense generally for Whole Foods to plan an entry into the cannabis business. Perhaps that’s why the company, which was acquired by Amazon in 2017, recently enlisted a “seasoned trend-spotter” to make predictions about the hottest items for 2019, and hemp products made the top-10 list.

“Hemp hearts, seeds and oils are nothing new to food and body care lovers—they’re in everything from waffle mix to dried pastas,” the company wrote on its website. “But a new interest in the potential benefits stemming from other parts of hemp plants has many brands looking to explore the booming cannabis biz.”

And while it will take some further legislative changes before Whole Foods is comfortable selling marijuana products, the passage of the 2018 Farm Bill, which legalized industrial hemp, could at least open the door for hemp-derived CBD products to be sold down the line.

The commissioner of the Food and Drug Administration announced this week that the agency will be holding listening sessions later this year as it mulls over “alternative” pathways to allow for the inclusion of hemp-derived CBD in food products and dietary supplements.