In case you missed it, Canada’s legal marijuana system goes into effect next week. But new data reveals that access to liquor stores is going to be far greater than planned cannabis store—at least for the time being.

Statistics Canada, a government agency, released the report, which compares the prevalence of liquor stores and planned cannabis stores in each Canadian province, on Wednesday. The team behind the report notes that information about pending private or government-run marijuana shops is incomplete—excepting online retailers, for example.

“Using the agency’s geographic databases, the location of each Canadian household is identified, and the distance from that location to the nearest legal retail outlet is calculated. Averages of these distances are then calculated to determine how generally accessible these products are to Canadians.”

The top-level takeaway is pretty straightforward. Ninety percent of Canadians currently live within 10km (or about six miles) of a liquor store. Only 35 percent of the Canadian population lives within the same distance of a planned cannabis store. Visualized, here’s a look at the access to cannabis and liquor stores based on population density in each province: 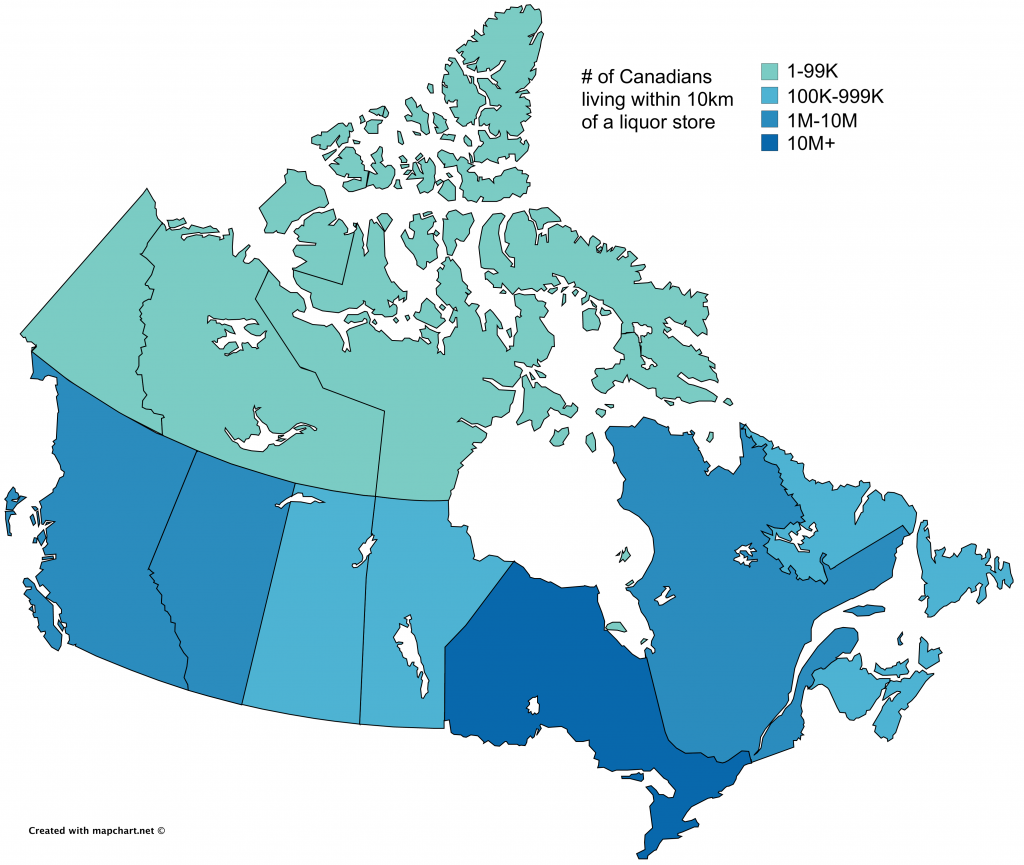 Population of Canadians with access to a liquor store based on distance. 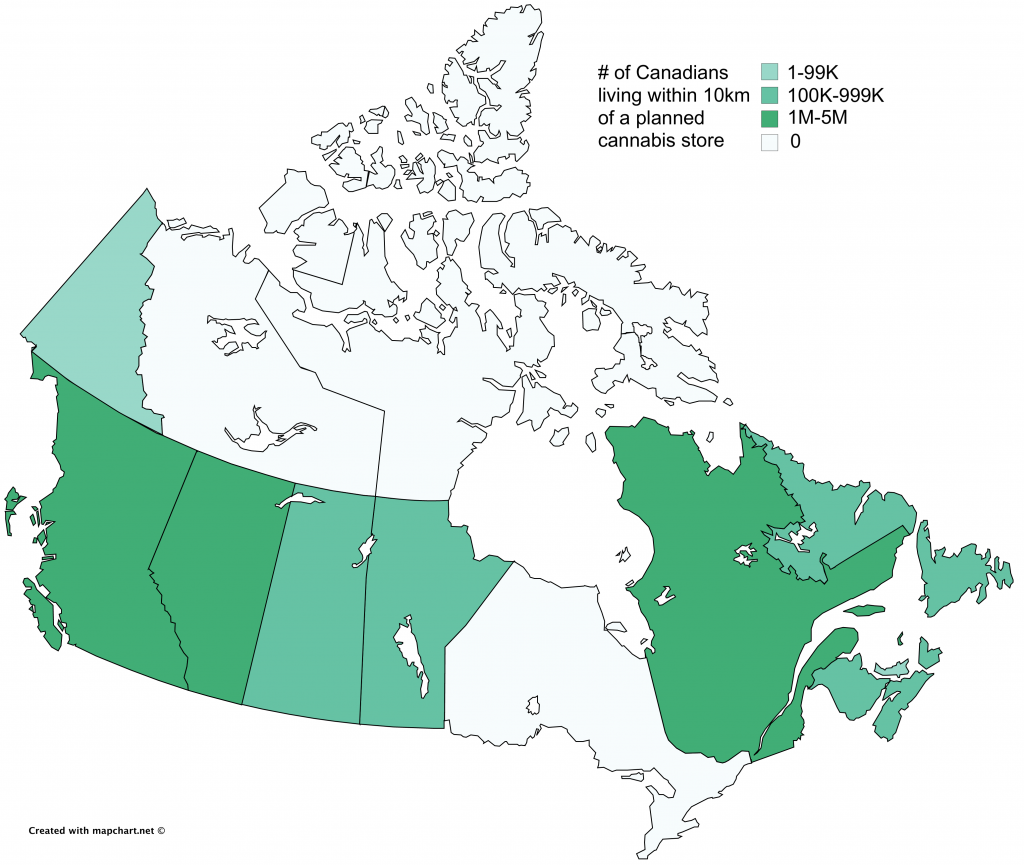 Population of Canadians with access to a planned cannabis store based on distance.

“Canadians have remarkably good access to liquor stores all across the country with 90 percent living within 10 kilometers of a store,” the report states. “Not surprisingly, their access to cannabis stores immediately after legalization on October 17, 2018 is likely to be much more restricted with only 35 percent of the population dwelling within 10 kilometers of a store.”

“It is emphasized this is a preliminary estimate based on less-than-full information about the number of stores expected to open and their locations. Cannabis accessibility will undoubtedly increase substantially in 2019 and 2020.”

For a comprehensive breakdown on the differences in marijuana legalization implementation for each province, check out this Marijuana Moment analysis.