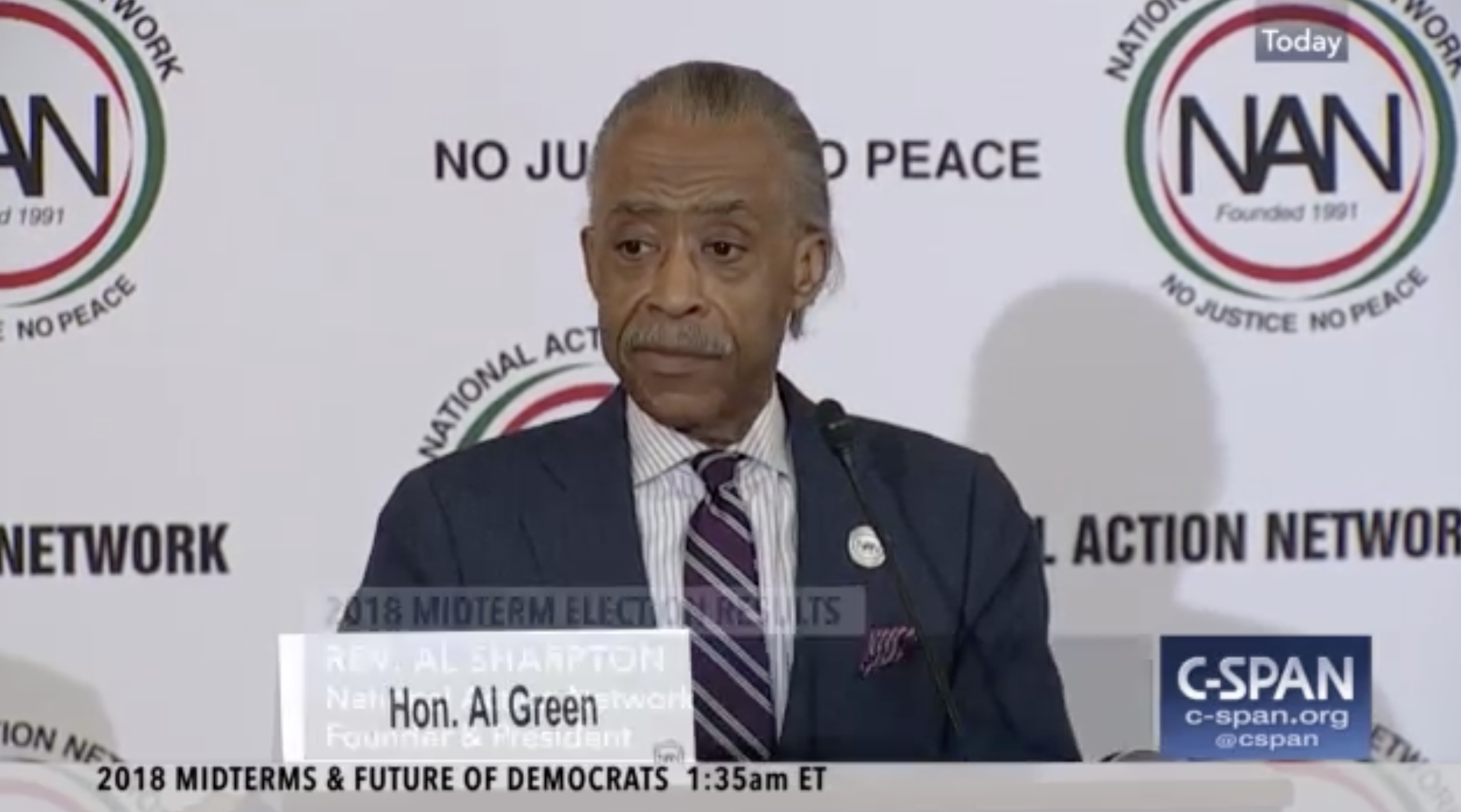 At a conference focusing on legislation in the next Congress on Tuesday, civil rights activist Rev. Al Sharpton joked about the particular attention some attendees paid to a marijuana bill sponsored by Sen. Elizabeth Warren (D-MA).

Warren described the bipartisan legislation—which would let states implement legal cannabis systems free from federal interference—as part of her talk about criminal justice reforms she hopes to enact. Marijuana prohibition disproportionately impacts black Americans, she pointed out, and this bill would represent “a step toward making a real difference.”

“We cannot give up on this.”

When Sharpton, who founded the conference’s hosting organization, National Action Network, came back to the podium to introduce the next lawmaker, he quipped:

“I know for all of you old weed smokers, y’all like that marijuana bill. I’m not calling no names, but I saw some of y’all kind of nodding off and your heads snapped up when she started talking about—when she got into that weed thing, some of y’all woke up.”

Sharpton has made repeated calls for federal cannabis reform, characterizing decriminalization as a “civil rights cause” in a 2017 op-ed for The Guardian.

He’s also challenged the marijuana industry to do more to create business opportunities for people of color and get behind civil rights movements more broadly.