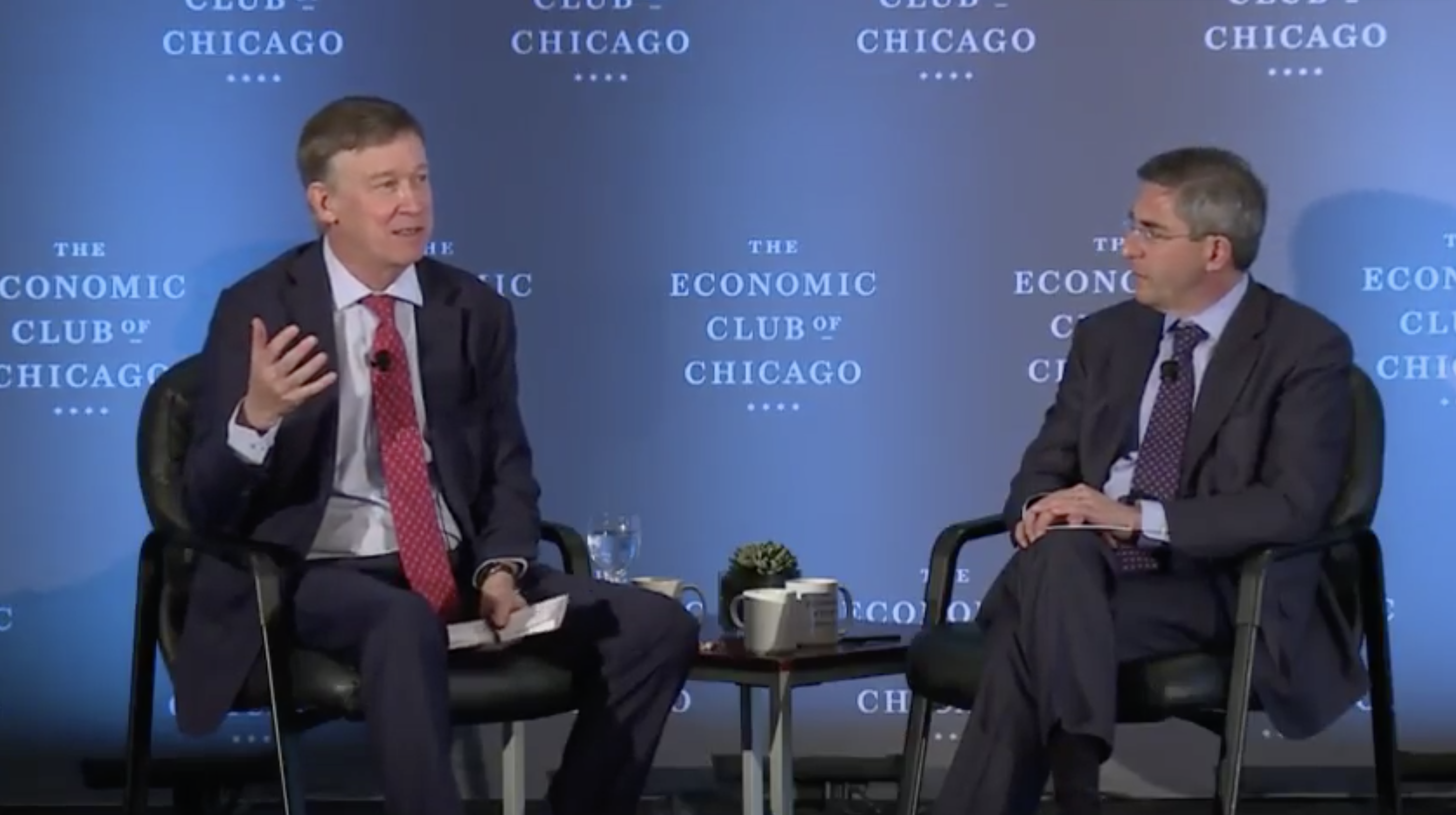 After the 2012 election, which saw Colorado become the first state to legalize marijuana, Gov. John Hickenlooper (D) said he probably would have reversed the vote if he had a magic wand.

But with the perspective of a few years post-legalization, today he says he’d put that wand “back in the drawer.”

“I’m not quite there to say this is a great success, but the old system was awful,” Hickenlooper said at a forum hosted by the Economic Club of Chicago on Wednesday.

What’s more, “the things that we most feared—a spike in teenage consumption, a spike in overall consumption, people driving while high—we haven’t seen them,” he said.

“We had a little increase in teenage consumption, but then it went down. We do think that some of the teenage consumers are using it a little more frequently than they were five years ago before legalization. We have in many ways seen no demographic where there’s an increase in consumption, with one exception: senior citizens. I leave you to draw your own conclusions.”

Hickenlooper, who’s been floated as a potential 2020 presidential candidate, described the challenges his administration faced when Colorado voters approved an adult-use legalization measure. Elected officials and advisors were opposed to it, he said, and plus, “it’s no fun to be in conflict with federal law.”

But he pushed forward with implementation, recruiting the “smartest people” he could find to figure out the best approach to regulation and taxation. And Illinois, which recently elected pro-legalization J.B. Pritzker for governor, will likely be better off if they pursue reform because they can learn from the successes and failures of Colorado’s system, Hickenlooper said.

“Ultimately, I haven’t come to a final conclusion yet, but I think it’s looking like this is going to be—for all of the flaws and challenges we have—a better system than what we had. You guys are going to benefit, I think, having let us make a bunch of the mistakes and deal with it, I think you’re going to be able to have a much better system if indeed that is the direction that the state wants to go.”

Asked what advice he’d give to Pritzker if Illinois does elect to fully legalize cannabis, Hickenlooper offered three tips: 1) don’t overtax marijuana, or else the illicit marketplace will persist, 2) get data from law enforcement on the presence of cannabis metabolites in the blood after highway fatalities to establish “good baselines” for comparison and 3) set limits on THC concentrations in edibles.

“What they’re selling now, they tell me it’s 10-to-12 times more intense than what allegedly I smoked in high school,” Hickenlooper said, pausing before conceding, “I smoked pot in high school and I inhaled, but it was a fraction of the intensity of what these kids are getting now.”