Oregon marijuana stores scored a 100 percent compliance rate in not selling to underage individuals in a round of undercover sting operations across the state this month and in February.

“The OLCC performs marijuana sales checks in an effort to reduce access to marijuana by minors,” regulators with the Oregon Liquor Control Commission wrote in a press release announcing the results. “During the sales checks, a minor volunteer attempts to purchase marijuana from a licensed business to see if staff are checking ID’s correctly and refusing to sell marijuana to anyone under 21.” 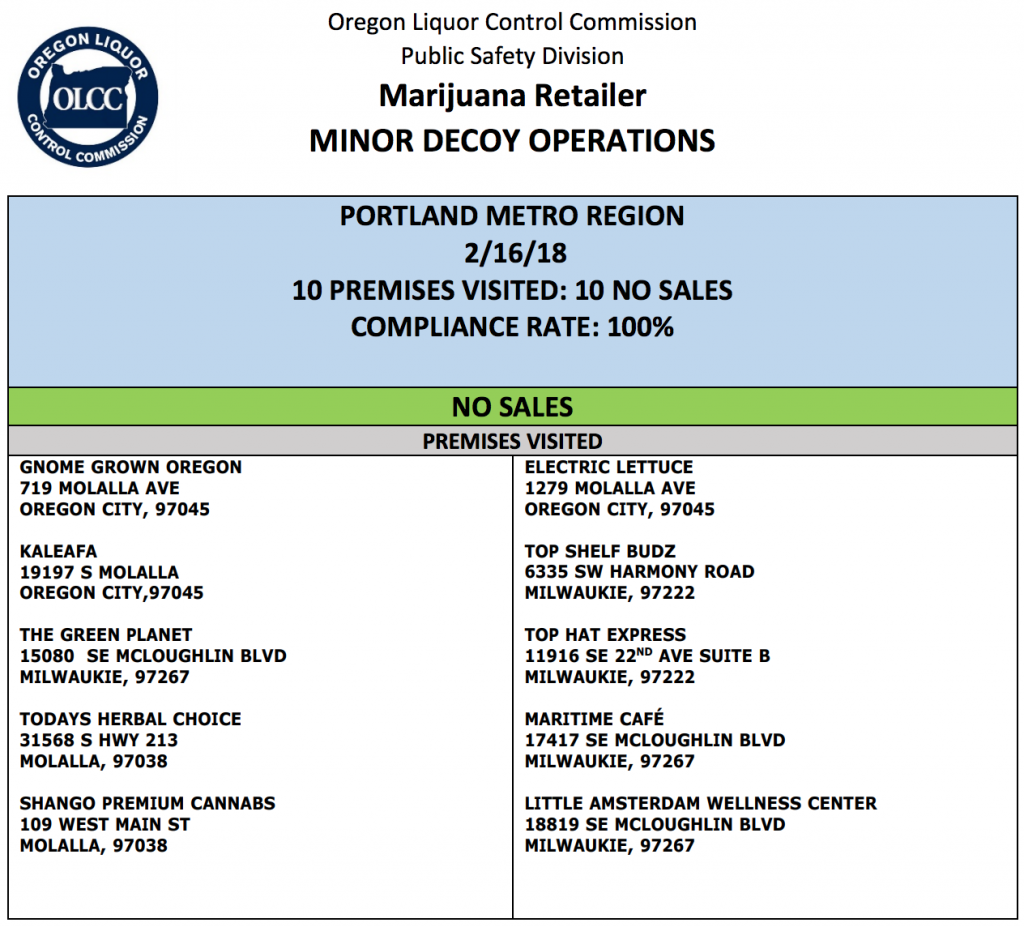 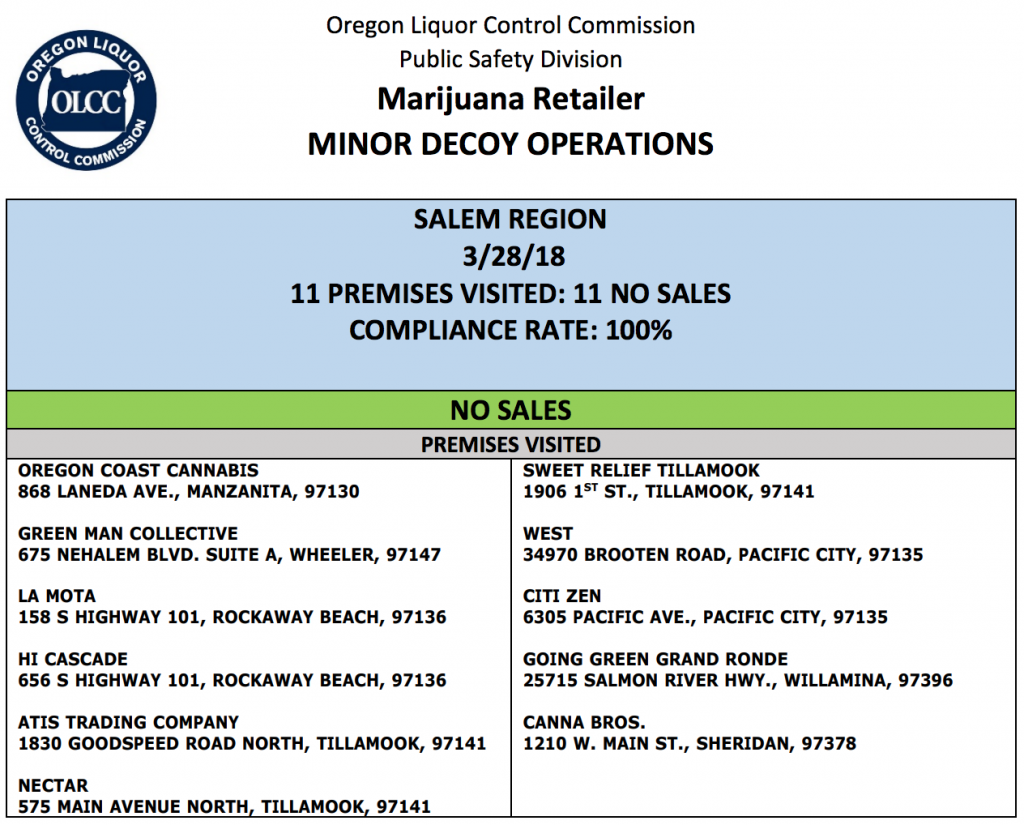 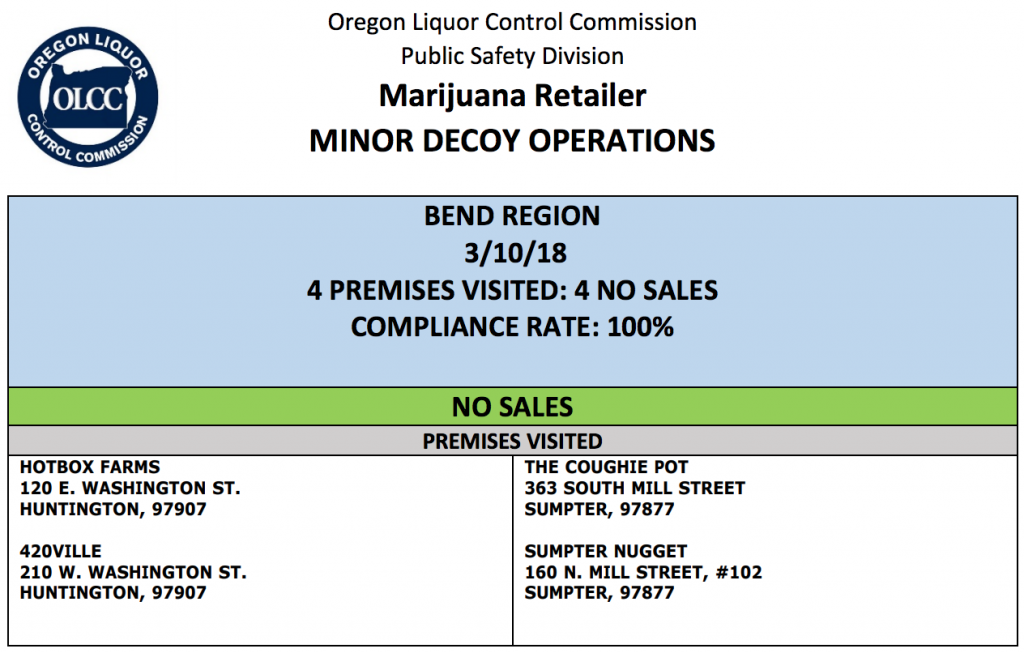 “Commission inspectors supervise the minor volunteers,” the state officials wrote. “The volunteers carry their own legal ID that identifies them as under 21 and do not disguise their age or lie to encourage the sale of marijuana. The Oregon Driver license for a minor carries a red border around the around the picture with the words ‘Minor Until’ followed by the date of his/her 21.”

The results are a big improvement from January, when more than a dozen marijuana dispensaries failed compliance checks.

But before that, in December, retailers in another sting operation scored another 100 percent compliance rate.