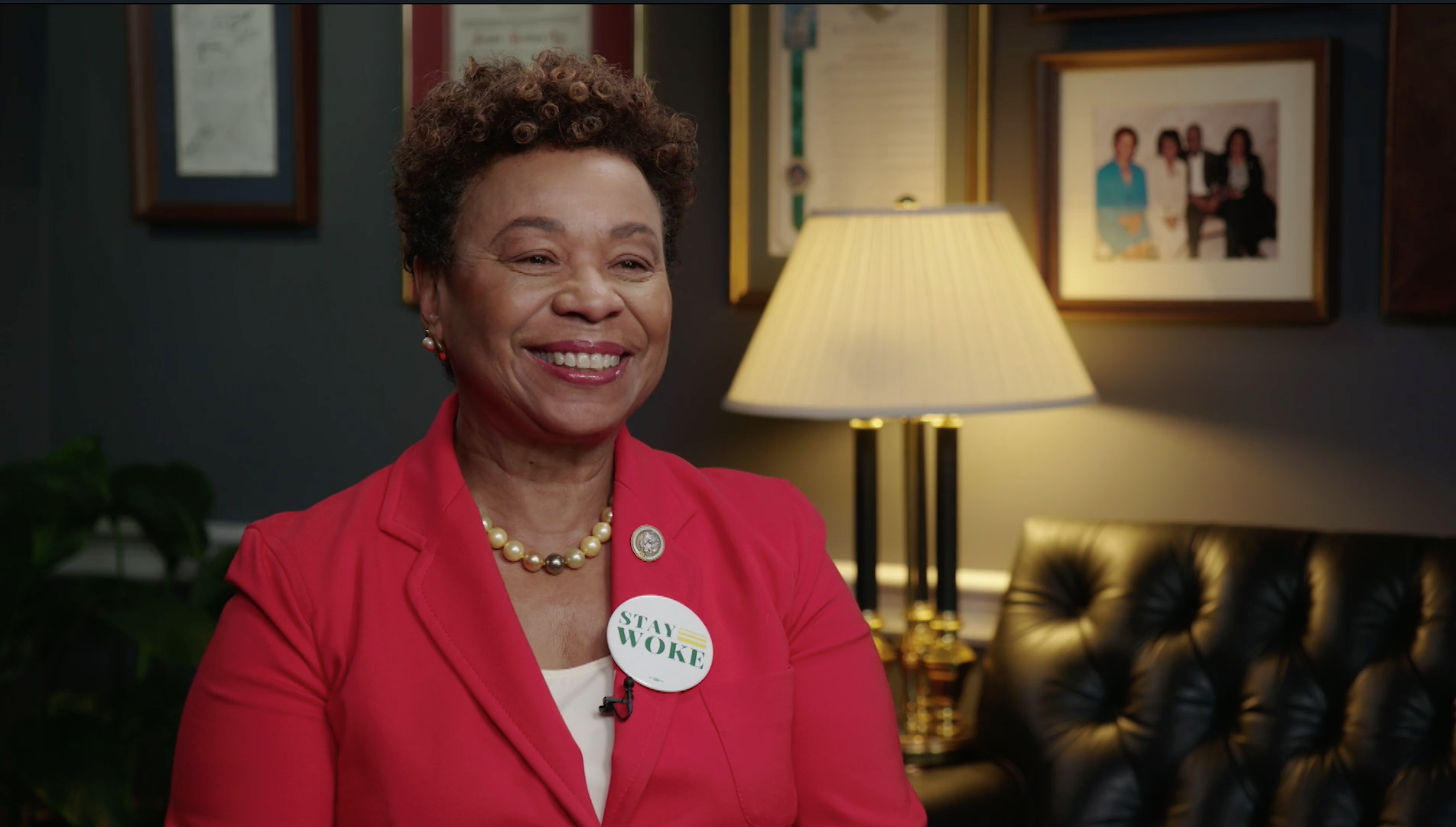 Despite some overworked munchies jokes from Jeffries, the California representative fired back with sharp wit. After Jeffries mentioned that Lee is protecting the state from President Trump’s “stubby little fingers,” talk turned to a bill Lee filed earlier this year to shield states that have passed laws to legalize and regulate marijuana from federal interference.

“The federal government needs to stay out of our business,” Lee said, touting her the Restraining Excessive Federal Enforcement and Regulations of Cannabis (REFER) Act.

The Congresswoman replied, “If you smoke it’s reefer; if you don’t, it’s refer.” Easily one of the best responses from a lawmaker to a lowball pot joke in recent memory.

Did you catch me on the @JefferiesShow last night? I had a blast with @JimJefferies talking marijuana policy, sex education & more. Watch the full interview HERE → https://t.co/AIMdO8MxYQ pic.twitter.com/bZPLq4EcnZ

After confirming the lack of an increase in crime since California began allowing recreational marijuana, Jeffries implied Doritos sales are on a sharp upswing. Then he asked the congresswoman if she partakes, and Lee kept the host on his toes by replying, “Do I eat Doritos?” And she followed that with, “I don’t even drink wine.” A shining example of doing the right thing for public policy despite a lack of any personal proclivity towards cannabis.

It’s almost like Lee has heard these jokes a hundred times (spoiler alert: she probably has). But even pushing through the uninspired soft lobs from Jeffries, she shined like the beacon of hope and progress that she is. There’s no reason a Comedy Central host should be making tired munchies jokes a la Colorado Governor John Hickenlooper in 2012. But Lee’s sharp, woke replies should be an example to us all.

For real, journalists, politicians, talk show hosts, et al.: WE. CAN. DO. BETTER. It’s 2018. Worn-out pot puns weren’t funny when Colorado and Washington legalized marijuana six years ago and they haven’t gotten any funnier since. Next time you see the opportunity for an easy marijuana joke, just don’t. I could’ve said “puff puff pass on using it,” but I didn’t. See how easy that was? Flex that creative muscle, maybe enjoy some marijuana and give consumers something to really laugh about.