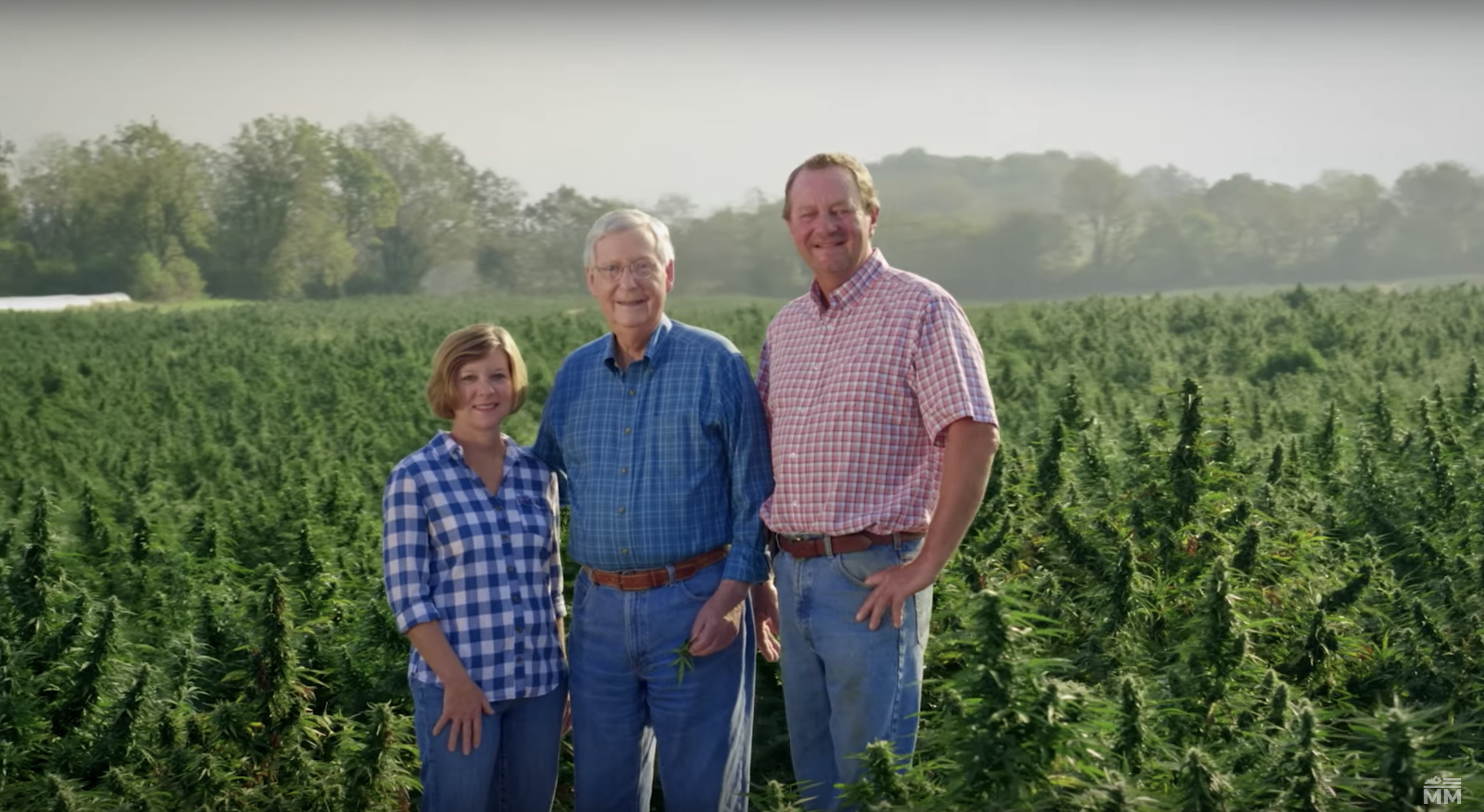 Not only did he push to federally legalize the non-intoxicating cannabis cousin of marijuana through the 2018 Farm Bill, but he signed off on the final version of the legislation using a hemp pen.

Since then, the Senate Majority Leader has encouraged the U.S. Department of Agriculture to implement the policy change swiftly. He’s also called on federal banking regulators to clarify that financial institutions can work with hemp businesses, and he’s pressed the Food and Drug Administration to develop a pathway for the legal use of hemp-derived CBD in foods and nutritional supplements.

And on Friday, McConnell’s 2020 reelection campaign posted a video of him having a grand old time in a field full of hemp.

The video, first spotted by The Washington Free Beacon, consists of footage that can be used by super PACs and other groups that the campaign is not legally able to coordinate directly with. Posting such B-roll reels for outside use has become a common practice in politics in recent years.

In the new clip, McConnell can be seen chatting in a hemp field with people who are presumably farmers of the newly legal crop.

While the majority leader is one of the biggest champions of hemp, he’s not a fan of marijuana, which he calls its “illicit cousin.”

That said, he did meet with marijuana industry leaders during a trip to Southern California last year, so perhaps he will evolve to support broader federal cannabis reform similar to how he came to love hemp.

McConnell’s home-state colleague Sen. Rand Paul (R-KY) tweeted last month about how he educated the senior senator about the crop.

“You should have seen the first meeting we had where I explained what hemp was to Mitch,” he said. “He was very concerned that people could smoke hemp and get high (you can’t). I told him well maybe but it would have to be the size of a telephone pole.”