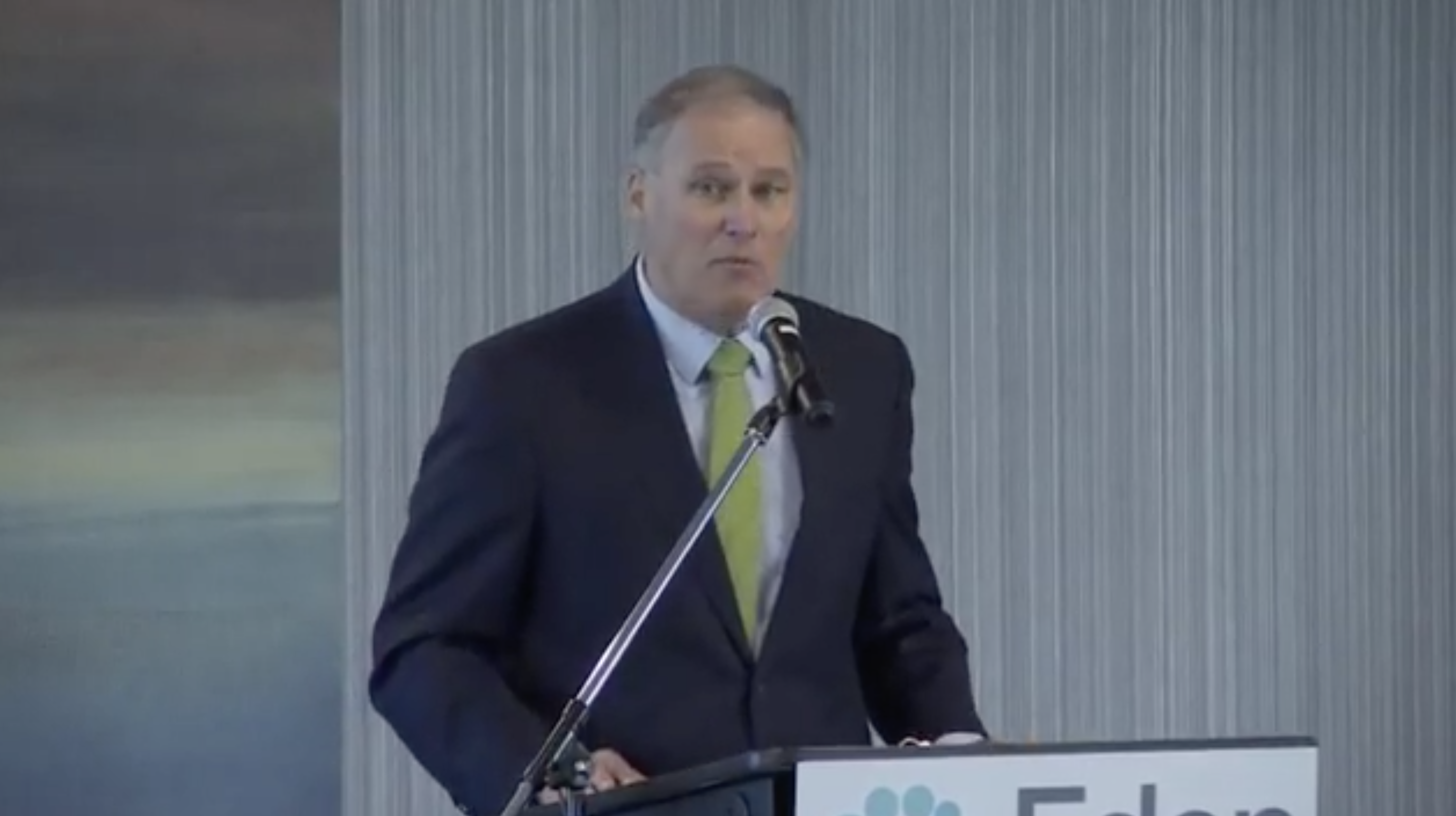 People who have a misdemeanor marijuana possession conviction on their record in Washington State are now eligible to receive an expedited pardon under a program announced by Gov. Jay Inslee (D) on Friday.

The governor rolled out his Marijuana Justice Initiative during a speech at the Cannabis Alliance’s annual conference.

“It is time to end marijuana injustice in the state of Washington,” he said. “It is the right thing to do because a simple possession conviction 20 years ago should not be a life sentence for a Washingtonian.”

If you have a simple possession conviction and no other convictions going back to 1998, you can fill out an online petition on the governor’s website and get the record cleared.

If a petition is granted, Inslee’s office will instruct the State Patrol to remove the person from the criminal records system that’s available to the public.

We shouldn't be punishing people for something that is no longer illegal in Washington state. It is time to end marijuana injustice in our state. #marijuanajustice

Inslee said his office estimates that about 3,500 Washington residents may qualify for a pardon.

Thanks to our voters, it is no longer illegal for adults to carry a small amount of cannabis for personal use in WA state. Yet records show about 3,500 people still have a criminal conviction on their permanent record for doing just this. #marijuanajusticehttps://t.co/O3ycSIHWwZ

“Although our voters legalized the use privately of marijuana, we still have an injustice today that thousands of people have on their records a criminal conviction for something that is legal today,” Inslee said.

In a post on Medium, Inslee’s office shared the story of Tony Kurek, a Washington man who describes his past conviction as “a bag of rocks” tied around him.

Forgiving marijuana convictions can help lessen their impact and allow people to move on with their lives, with better job and housing prospects.

The governor acknowledged the somewhat narrow scope of the initiative and said individuals with other marijuana-related convictions can still go through the standard clemency request process if they don’t qualify for the expedited program.

“This is a necessary first step for repairing the racially disparate harms of marijuana prohibition,” Jolene Forman, senior staff attorney for the Drug Policy Alliance, said in a press release. “This will give thousands of people a fresh start to pursue education and employment without the stain of a criminal conviction.”

“Black and brown people are much more likely to be arrested for marijuana offenses than white people, despite similar rates of use across races. We encourage Governor Inslee to clear all prior marijuana convictions, in order to repair the historical inequities in marijuana enforcement.  People convicted of marijuana offenses before legalization should be treated like they would be today.”

Inslee hinted at the initiative last month during an interview on a BuzzFeed News program, AM2DM, where he was also asked whether he personally smoked cannabis. The governor denied that he did, though he said he grew it—a claim his office later disputed in an email to Marijuana Moment.

In a separate BuzzFeed News interview on Friday, Inslee, who is considering a 2020 presidential campaign, said, “In my day, I tried marijuana a couple times, but it didn’t have any beneficial impact.”

He also told the outlet that there “is emerging recognition that legalizing marijuana is the right move for the United States“ and that people who are concerned that ending prohibition could increase youth use “shouldn’t worry about that.”

“I think the revolution is going to move a lot faster than people think,” he said. “This thing we did today will help by removing stigma for marijuana, and I think that’s the idea nationally.”

UPDATE: This story was updated to include comment from the Drug Policy Alliance as well as Inslee’s quotes from BuzzFeed News.