With many key congressional races rated as “toss ups” by political observers, either major party could end up controlling of the U.S. House of Representatives after this November’s midterm elections.

A new poll identifies one thing that can help Republican or Democratic candidates come out ahead: Embracing marijuana legalization.

Medical marijuana is even more popular, with 79 percent of voters in these swing districts on board.

The survey was conducted in February but is being released on Tuesday at Washington, D.C. event sponsored by MedMen Enterprises, a cannabis dispensary chain that commissioned the poll.

Another key finding is that 55 percent of voters say they would be “more likely” to vote if a marijuana initiative was on the ballot in their state.

The survey also tested the effectiveness of various arguments concerning legalization, determining that “the strongest pro-legalization message frame highlights how we need legalization to repair the financial and moral damage of the failed war on drugs,” according to a polling memo prepared by the firm. 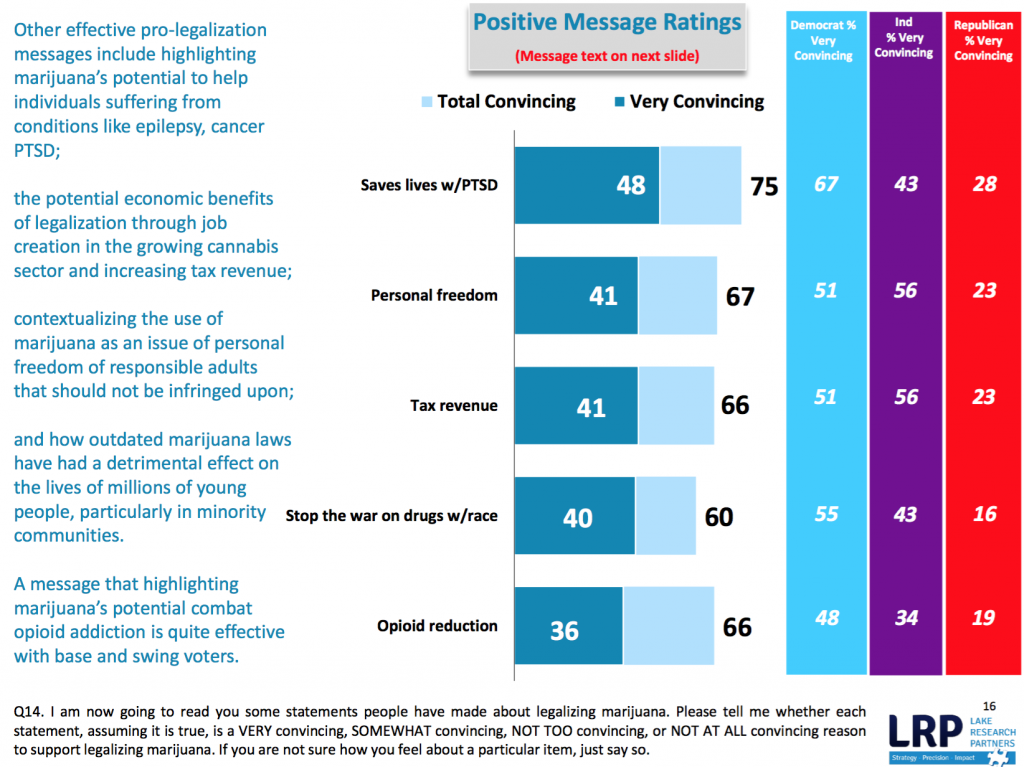 Several other recent national polls have found majority support for marijuana legalization, but the new results narrowed down to key swing districts are likely to warrant special attention from candidates and political operatives.

How Many Medical Marijuana States Are There? Advocates Disagree On The Number