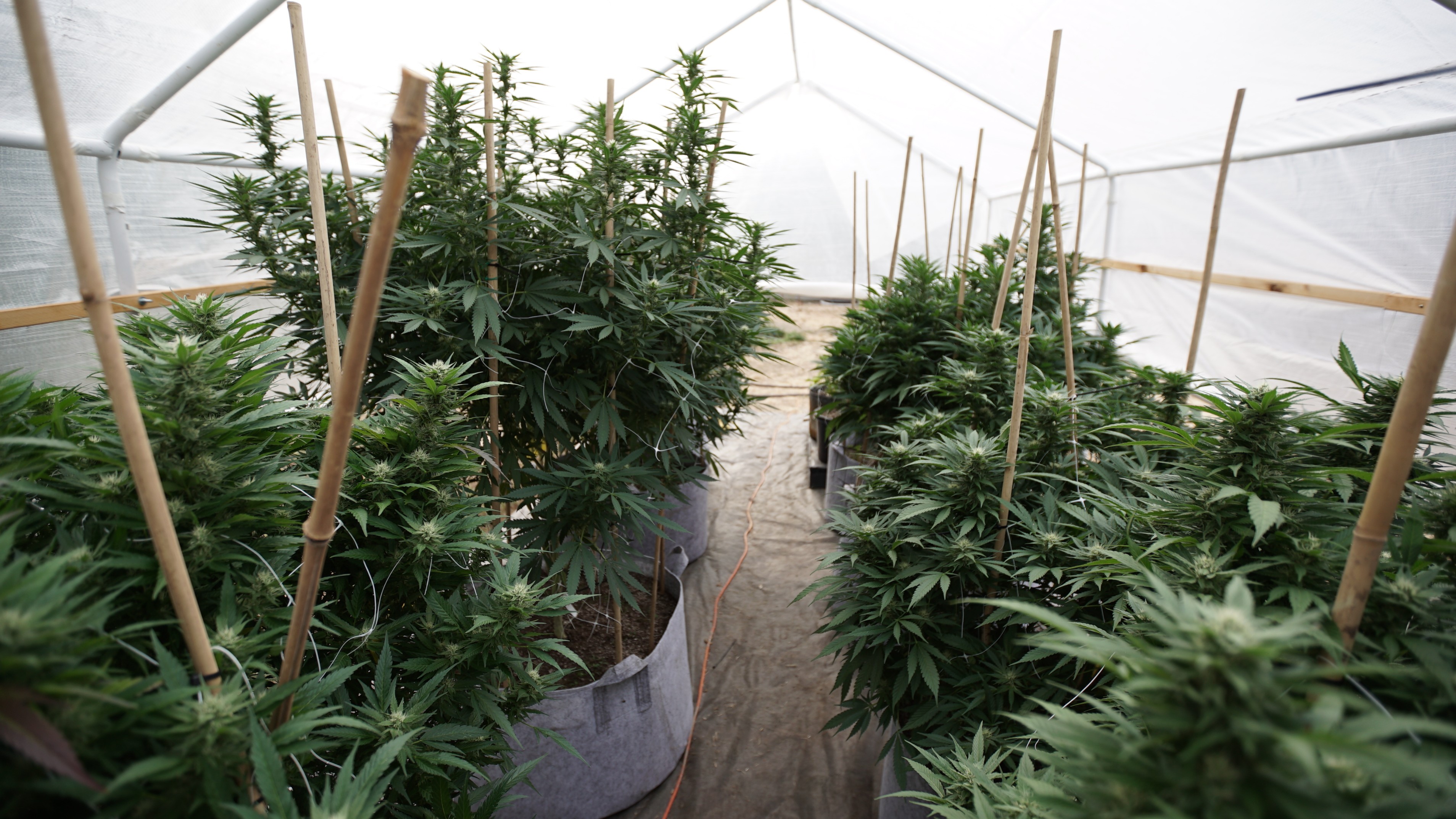 Virginia lawmakers are working to reconcile conflicting House and Senate marijuana legalization bills this week, scrambling to reach deals on matters such as business licensing and criminal penalties ahead of a legislative deadline on Saturday.

Each chamber passed its own legalization bill earlier this month, building off a plan introduced in January by legislative leaders and Gov. Ralph Northam (D), who last year committed to legalizing cannabis in the commonwealth. While the two measures—each spanning more than 500 pages—are substantially similar, key differences remain on a range of hotly debated topics.

“This is one of the largest, most significant pieces of legislation debated in the commonwealth in decades, with years of preparation, study and research leading up to its proposal,” Jenn Michelle Pedini, development director for NORML and executive director of the group’s Virginia chapter, told Marijuana Moment. “Virginia is one of the single most prepared states to undertake a legalization effort.”

Both measures (HB 2312 / SB 1406) would allow adults 21 and older to purchase up to an ounce of marijuana and cultivate up to four cannabis plants (two mature) for personal use. Commercial production and retail sales would be regulated by the state, and tax from the legal industry would fund investment in pre-K education and public health initiatives. The two bills would each create a new agency to regulate cannabis instead of have the state’s existing alcohol authority do so as was originally envisioned by Northam.

But as the proposals have made their way through each chamber, amendments have led to competing approaches on the finer details of legalization.

Some disagreements are relatively simple. The Senate bill would legalize personal possession of marijuana later this year, for example, while the House proposal would keep penalties in place until as late as 2024 to align the change with the launch of legal sales.

Other differences are more complex, especially those around how businesses would be licensed and regulated. Vertical integration of businesses—under which a single company could grow, process and sell cannabis products—would be banned under the House bill. The Senate measure, meanwhile, would allow vertical integration only if a business were to pay $1 million fee into a state equity fund.

The decision on that rule would affect how easily the state’s existing medical marijuana businesses, which are vertically integrated, could participate in the new adult market.

While both bills would leave the total number of business licenses in the state up to local regulators, the House bill would limit individual license holders to no more than five licenses apiece in an effort to avoid the market being dominated by large marijuana businesses. The Senate bill would only limit the number of cultivation licenses any one individual could hold.

—
Marijuana Moment is already tracking more than 700 cannabis, psychedelics and drug policy bills in state legislatures and Congress this year. Patreon supporters pledging at least $25/month get access to our interactive maps, charts and hearing calendar so they don’t miss any developments.

Social equity applicants would be given licensing priority under both versions of the legislation in an effort to recognize the drug war’s racial and economic disparities, but who qualifies for equity status isn’t settled. Lawmakers have debated whether people who attended the state’s historically Black colleges and universities (HBCUs) should be eligible, for example, or whether businesses could qualify simply by employing people impacted by the drug war or giving a portion of profits to equity groups.

The two chambers also differ on the issue of local control. The Senate measure would allow individual cities to ban cannabis companies within its borders, while the House bill would allow businesses statewide, although facilities would still be subject to local zoning requirements.

Further controversy surrounds how violations of the new law would be penalized. The Senate proposal creates a number of new criminal penalties, such as making it a misdemeanor—rather than the state’s current $25 fine—for consuming cannabis in public. It would also criminalize consuming cannabis in a moving vehicle, even in the case of a passenger eating a cannabis edible. Driving under the influence of marijuana would remain a crime under both bills.

The House bill also makes clear that adults 21 and older are free to share small amounts of cannabis between them so long as the marijuana isn’t exchanged as part of a larger transaction, as in the case of quasi-legal delivery services that have tried to skirt gifting laws in other states.

Penalties for minors caught with cannabis are more restrained under the House bill, with youth subject to a $25 civil fine and referral to a substance education or treatment program. The Senate bill, meanwhile, would impose a $250 fee for a first offense and criminal charges and even jail time for subsequent convictions.

Expungement of prior convictions could occur under both bills, although the House bill specifies that a larger portion of eligible expungements would happen automatically. Separate legislation advancing this session (HB 2113 / SB 1339) would make changes to the state’s expungement processes more broadly.

Pedini, at NORML, called the House bill “much better when it comes to post-legalization penalties,” noting that the reform group has encouraged the members of the conference committee to avoid rolling back progress recently made with the decriminalization law Northam signed last year, which replaced criminal penalties for possession of up to an ounce of marijuana with a $25 civil fine and no threat of jail time.

Advocates have noted that even as overall marijuana arrests have fallen since the decriminalization law took effect, data from the state Office of the Executive Secretary of the Supreme Court show persistent racial disparities in possession charges. Black Virginians accounted for 52 percent of all such charges, the group Marijuana Justice found, despite just 20 percent of the state’s population being Black.

“NORML has long warned that decriminalization, while an important step to reducing marijuana-related arrests, will only do so by about 50 percent, and will unfortunately not address the disparate enforcement of marijuana laws,” Pedini said. “The legislature must act swiftly to stop the harm by legalizing the responsible use of cannabis by adults and begin undoing the harms of prohibition inflicted overwhelmingly on poor, young, Black, and Brown Virginians.”

Virginia NORML has been tracking several other cannabis-related bills this session, a few of which have already made it to the governor’s desk. Most notably, lawmakers on Tuesday signed off on legislation to allow the production and sale of raw, so-called botanical cannabis to medical marijuana patients. Another measure, which passed the House earlier this month and is set to be considered by the Senate on Wednesday, would prevent workers from discharging, disciplining or discriminating against an employee for being a lawful medical marijuana patient. That bill would not restrict an employer’s ability to fire someone for being high on the job.

Pedini urged lawmakers considering the legalization bills to adopt clearer language on how to incorporate the state’s existing medical marijuana businesses into the state’s new market to ensure that both systems flourish.

“The committee has everything they need to reach a resolution in advance of the Saturday deadline,” they said. “If they don’t reach an agreement or fail to pass the bills, it’s purely for political reasons, and reasons that blatantly ignore public opinion.”

Some lawmakers, however, have already floated the idea of delaying certain portions of the legislation. The Senate version of the bill contains a clause that would force the legislature to vote again next year before the legal market could move forward, and it would ask voters to weigh in through a nonbinding referendum on next year’s ballot.

“We’re part-time legislators. It’s 46 days and a 13,000-line bill. This bill makes more substantive change in the law than anything I’ve seen in the whole time I’ve been down here,” Sen. Creigh Deeds (D), told the Richmond Times-Dispatch in an interview earlier this month. “We want to get it right. We need to have it back before us next year.”

The focus on legalizing the “right” way has become a common refrain among Virginia officials. Announcing his commitment to enacting policy change, Northam said late last year he was “committed to doing it the right way.”

Asked by the Times-Dispatch about the House and Senate bills, a spokesperson for Northam replied: “Both bills would legalize marijuana in the right way.”

Democratic lawmakers began formally pushing for legalization last summer, a day after the new state marijuana decriminalization law took effect. In November, a legislative working group issued recommendations to lawmakers and the governor about how best implement a legal cannabis program, and a separate workgroup of state cabinet officials also prepared a study on the issue, which together became the basis for Northam’s proposal.

“Legislative leaders in Virginia deserve a big round of applause for their commitment to ending cannabis prohibition and replacing it with sensible regulation,” said Matt Simon, senior legislative analyst for Marijuana Policy Project, which is also tracking the differences in the two bills. “There are still a few details that still need to be resolved in the legislation, but overall we are happy with the direction things appear to be going and hopeful that legislators will agree on a policy that works for all Virginians.”

Even if state lawmakers pass a reconciled legalization bill in coming days, there would still be a long way to go before legal sales begin. Under both bills, Virginia’s first legal adult-use sale wouldn’t occur until 2024.

“While this protracted timeline is both unnecessary and far from ideal, what’s most important is that the measure succeed. In the next legislative session, we can make improvements,” Pedini said. “What we cannot do is continue to kick the legalization can down the road for yet another year.”