Several studies have linked behavioral problems among young people to marijuana use. But what comes first—the chicken or the egg?

According to new research published in the journal Addiction, cannabis consumption doesn’t cause adolescents to act out.

“Cannabis use in adolescence does not appear to lead to greater conduct problems or association with cannabis‐using peers apart from pre‐existing conduct problems,” the study concluded.

The inverse does seem to be true, though. Conduct problems like school truancy or shoplifting can predict whether a young person uses marijuana. 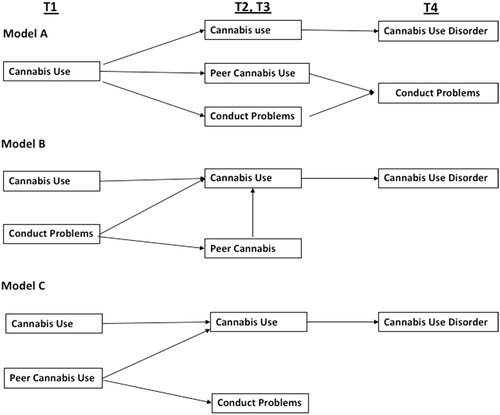 “The present findings showed that… conduct problems predicted cannabis use but not vice versa, particularly during mid–late adolescence,” the researchers wrote.

“Thus… we were able to demonstrate for the first time that increases in conduct problems precede increases in cannabis use within individuals.”

“Specifically, youth whose conduct problems change at one time‐point are likely to engage in a corresponding change in cannabis use at follow‐up, regardless of the level of those problem behaviors at the prior time‐point,” the paper, published online this week, concluded.

The team also wanted to learn about how cannabis use disorders (CUD) emerged in youth. For that, they looked at the criterion for CUD as described in the Diagnostic and Statistical Manual of Mental Disorders (DSM), Fifth Edition, and compared them to participants’ responses to the National Survey on Drug Use and Health.

Increases in conduct problems in later adolescence were associated with higher rates of CUD, they found. Associating with peers who consume marijuana also led to increased cannabis use, which in turn seems to lead to more cases of CUD. But the researchers stressed that young people with increasing conduct problems “are susceptible to more cannabis use and CUD regardless of whether or not their friends are increasingly using it.”

“As cannabis use becomes more normative, access to the drug will inevitably increase,” they wrote. “Our results suggest that this will increase risks for CUD, especially for youth with conduct problems who are at higher risk for cannabis use and affiliation with cannabis‐using peers. If youth with conduct problems use unprescribed cannabis to cope with their condition, then healthier alternative coping strategies and support should be made available.”

High Schoolers Are Growing More Tolerant Of Peers Who Use Marijuana, Study Shows

Feds To Host Workshop On Researching Marijuana Under Prohibition