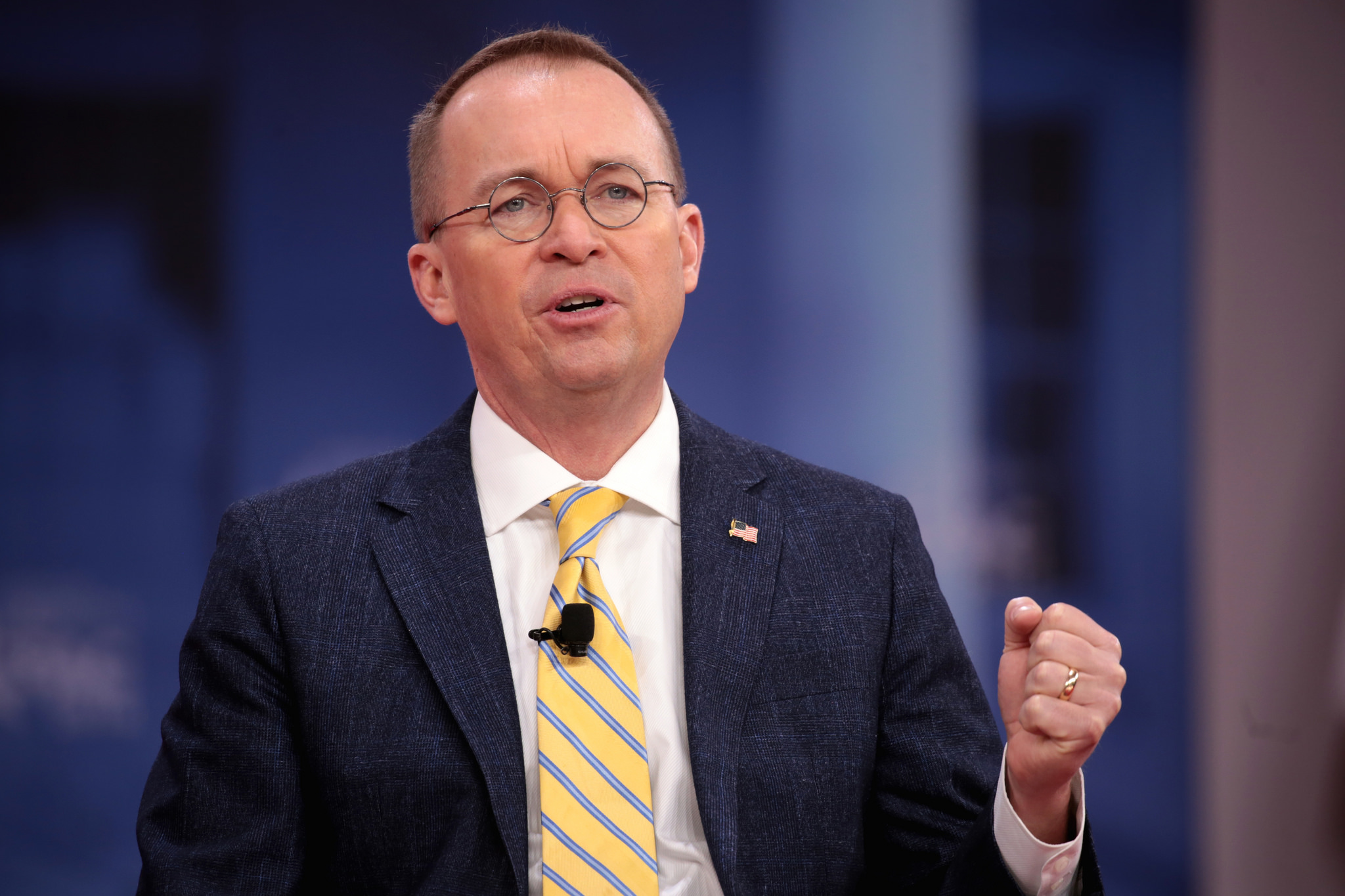 President Trump announced on Friday that Mick Mulvaney will serve as his acting White House chief of staff, a move that could bode extremely well for federal marijuana reform efforts in 2019.

….I look forward to working with him in this new capacity as we continue to MAKE AMERICA GREAT AGAIN! John will be staying until the end of the year. He is a GREAT PATRIOT and I want to personally thank him for his service!

Mulvaney, who currently serves as director of the Office of Management and Budget and acting director of the Consumer Financial Protection Bureau, was previously a member of the U.S. House, where he consistently voted to support marijuana reform amendments and cosponsored cannabis bills.

In 2015, for example, he voted for a floor amendment that would have barred the Justice Department from spending money to interfere with state marijuana laws. The proposal, which came just nine flipped votes short of passage, would have expanded on existing protections for state medical cannabis programs by covering recreational laws as well.

Mulvaney also voted for the medical marijuana rider three years in a row.

In 2014, 2015 and 2016, he supported amendments to allow Department of Veterans Affairs doctors to recommend medical marijuana to military veterans.

Mulvaney backed a 2014 amendment to prevent the Treasury Department from punishing banks that work with marijuana businesses.

The South Carolina congressman he also voted for an amendment to protect limited cannabidiol (CBD) medical cannabis laws as well as a number of proposals concerning industrial hemp.

He also signed his name on as a cosponsor of several pieces of standalone marijuana legislation, including a comprehensive bill to reschedule cannabis and protect state medical-use laws, a measure to allow banking access for marijuana businesses, a hemp legalization bill and two separate CBD proposals.

“Mulvaney’s history of opposing wasteful government spending and support for states’ rights, specifically when it comes to marijuana, makes him our strongest ally in the White House,” Don Murphy, director of federal policies for the Marijuana Policy Project, told Marijuana Moment.

Pointing to how the Office of Management and Budget under Mulvaney on several occasions has floated severe funding cuts for the Office of National Drug Control Policy, commonly known as the drug czar’s office, Murphy said that the new acting chief of staff “delivers our ‘more liberty/less spending’ position directly into the Oval Office on a daily basis, where it could bring the federal war on marijuana to an end by 2020.”

It is unclear how long Mulvaney will serve as acting chief of staff, or how frequently marijuana issues will come across his desk, but the fact that he—and not an ardent legalization opponent like Chris Christie, who was also under consideration for the job—will sit a door away from the Oval Office is likely to be seen as a positive development for cannabis reform supporters.

In his new capacity, Mulvaney will be party to conversations about which congressional legislation the president should back as well as discussions about potential marijuana enforcement policy changes at the Department of Justice under a new attorney general.

Congressman Issues ‘Blueprint To Legalize Marijuana’ For Democratic House In 2019

This story has been updated to include comment from MPP.