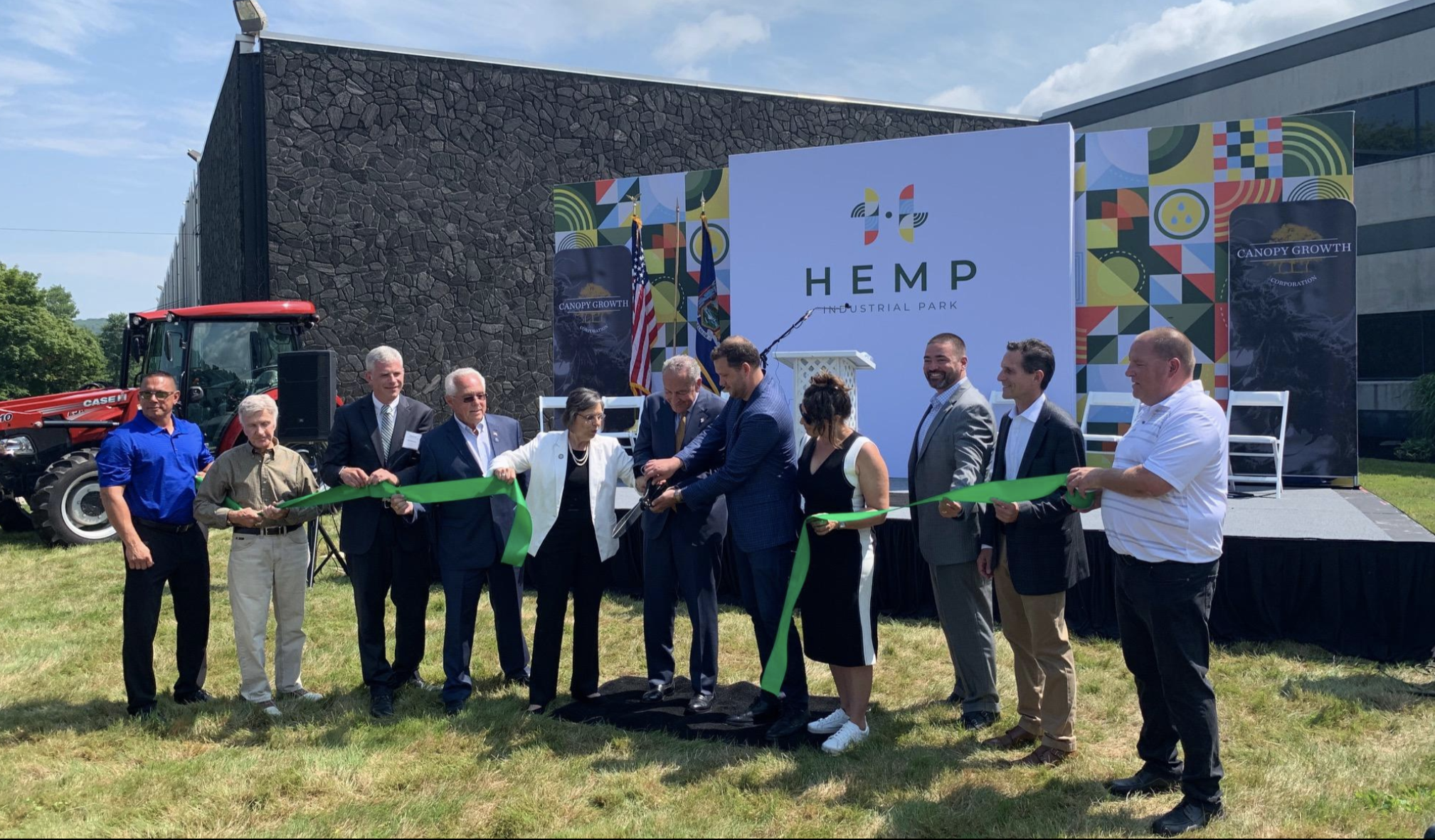 Senate Minority Leader Chuck Schumer (D-NY) cut the ceremonial ribbon at the unveiling of an industrial hemp park in New York on Monday.

Canopy Growth Corp.—a multinational cannabis company that’s investing upwards of $150 million into the project—credited Schumer and Gov. Andrew Cuomo (D) for helping them select an ideal location for the park, which they estimate will create 400 jobs in Broome County.

Schumer in particular has put much stock in Canopy’s investment. After the company ousted its co-CEO Bruce Linton earlier this month, the senator put in a call to Canopy executives to ensure that plans for the hemp park would proceed and received assurances that they would.

“Today’s celebration is exactly why I fought so hard to pass legislation to remove the burdensome federal shackles from industrial hemp production,” Schumer said in a press release, referring to hemp legalization provisions of the 2018 Farm Bill. “This major Canopy Growth investment will create at least 400 good-paying jobs in Broome County, with the potential for hundreds more, and is proof positive that the seeds we have sown preparing for this new industry are ready to harvest.”

“I couldn’t be more thrilled to officially welcome Canopy to the Southern Tier and break ground on this first-of-its-kind, economy-boosting hemp industrial park, which will position the region at the forefront of the industrial hemp revolution,” he said. “I look forward to continue working hand-in-hand with this industry leader to help farm the massive potential of industrial hemp.”

#TeamBrindisi was at the Canopy Growth opening today in Binghamton. This facility will boost our Upstate economy & bring good-paying jobs to our district. I look forward to working with Upstate hemp farmers & small businesses to make sure they have the tools they need to succeed. pic.twitter.com/suovieMOSp

Supporting the hemp industry has been a bipartisan mission for many lawmakers since the crop and its derivatives such as CBD were federally legalized late last year.

Representatives from the U.S. Department of Agriculture, Food and Drug Administration and Environmental Protection Agency testified at a hearing before the Senate Agriculture Committee last week to provide status updates on the implementation of regulations that are expected to bring about broad expansions of the hemp market.

Canopy is positioned to be a leader in the space as it establishes hemp processing facilities in multiple states, including California, Colorado, Kentucky, North Carolina and Pennsylvania. The New York park will feature 279,000 square feet of warehousing and 10,500 square feet of office space, according to a summary of the project distributed by the company.

The St. Kitts And Nevis Government Is Filing A Marijuana Legalization Bill This Week