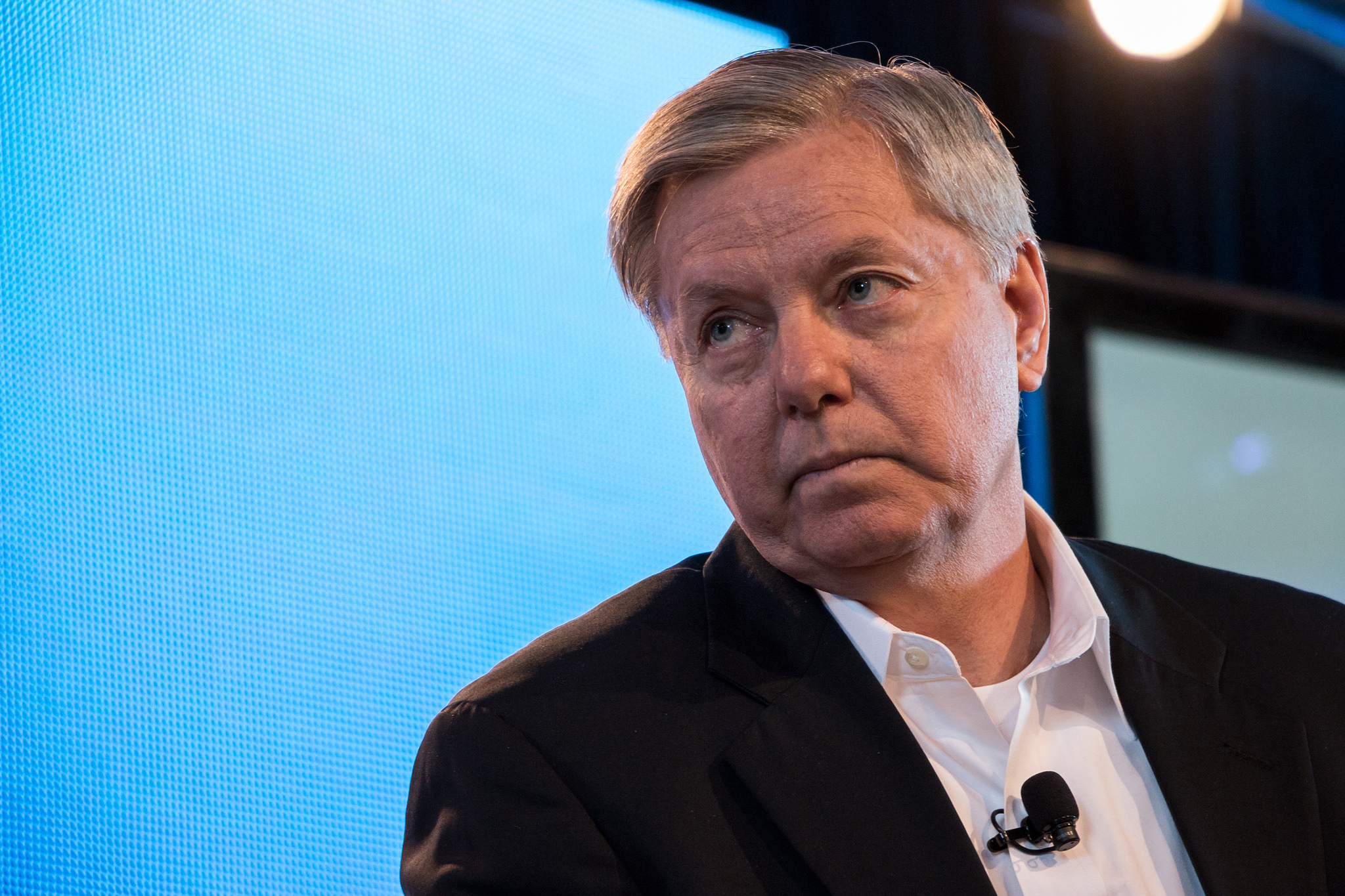 Sen. Chuck Grassley (R-IA), a longtime ardent marijuana legalization opponent, announced on Friday that he is stepping down as chair of the Senate Judiciary Committee in order to take over a separate leadership position, potentially paving a path forward for cannabis legislation in the 116th Congress.

Next in line for the chairmanship of the panel, which plays a central role in drug policy legislation, is Sen. Lindsey Graham (R-SC)—who certainly isn’t the most marijuana-friendly member of the Senate but is significantly more open-minded about medical cannabis and other common sense reform measures than the current chairman is.

I very much appreciate Senator @ChuckGrassley's leadership of the Senate Judiciary Committee.

He chaired the committee with a steady hand, sense of fundamental fairness, and resolve.

His leadership serves as a model to us all.

Whereas Grassley has refused to let any marijuana bills come to a vote as Judiciary chairman, Graham has made surprise appearances as a cosponsor of legislation to protect legal medical states from federal interference, reschedule cannabis and also remove cannabidiol (CBD) from the list of federally banned substances.

The senator has “shown empathy for patients and is a vocal advocate of the Tenth Amendment,” Murphy said. Plus, he added, Graham’s relationship with President Donald Trump “also bodes well for passage” of key marijuana reform legislation.

“If I was in the industry, I’d be buying today.”

In 2015, Graham voted against an amendment that would have allowed the U.S. Department of Veterans Affairs to recommend cannabis to patients; but the next year he reversed himself and supported a similar proposal to expand access to medical marijuana for veterans.

Also in 2016, the South Carolina senator supported an amendment to prevent the Department of Justice from spending money to interfere with state medical cannabis laws.

Graham told Politico that same year that medical cannabis “could be life-changing” and that restrictions on research should be lifted.

At a CNN event in 2015 he said that while he’s “not a big fan of legalizing marijuana,” you can “count me in for medical marijuana” because he is “convinced that it helps people with epilepsy.”

Graham once referred to marijuana as “half as bad as alcohol” but added that didn’t “see a real need for me to change the law up here.”

Grassley, for his part, did cosponsor a limited CBD research bill, but that’s about as far as his openness to marijuana reform seems to extend.

“I’m cautiously optimistic about what can be accomplished with Senator Graham chairing Judiciary. He’s certainly more open-minded and dynamic when it comes to marijuana than Senator Grassley,” Michael Liszewski, principal of the cannabis-focused lobbying outfit The Enact Group, told Marijuana Moment. “However, as a former prosecutor he could be more insistent that DOJ enforce the letter of the existing law.”

It is also worth noting that Graham has not signed on to the current 115th Congress’s version of the far-reaching medical cannabis bill he previously cosponsored, nor has he gotten on board with growing bipartisan calls to more broadly amend federal marijuana law, something for which President Trump has voiced support.

“Moreover, he demonstrated some hyperbolic fears about state medical marijuana programs in a July 2016 subcommittee hearing,” Liszewski said, referring to a discussion on cannabis policy Graham chaired. “But even with all of that, we will have a better chance to move forward with legislation in the Senate than we had under Grassley.”

In all likelihood, medical cannabis legislation will be referred to the committee Graham is positioned to run during the next Congress. Bills referred to the Senate Judiciary in the 115th Congress include one to end federal marijuana prohibition, another that would remove CBD from the Controlled Substances Act (which Graham cosponsored) and the CARERS Act (a version of which he previously cosponsored). Grassley didn’t schedule hearings or votes on any of them.

Graham has made clear that marijuana isn’t a top priority for him, but his support for medical cannabis and his voting record suggest that the Judiciary Committee could become much more amendable sending reform bills to the Senate floor under his leadership at a time when advocates are more optimistic than ever about the prospects for federal change. At least, more amenable than it has been under Grassley.

And this latest development, combined with the fact that Democrats retook the House, adds to the increasingly favorable political landscape that marijuana reform advocates are entering in the next Congress.

In the meantime, Graham hasn’t yet been formally named as chairman, but he is next in the line of seniority among Republicans on the panel following Grassley’s switch to instead chair the Finance Committee and the retirement of Sen. Orrin Hatch (R-UT).

“As the chairman of the Senate Judiciary Committee, Lindsey Graham will have to make a choice when it comes to marijuana,” NORML political director Justin Strekal told Marijuana Moment. “Will he continue to perpetuate the failed policy of federal criminalization which resulted in over 659,000 Americans being handcuffed in 2017 alone, or will he be open to reform in a way the reflects the rapidly evolving nature of cannabis policy in the majority of states?”

“In the 116th Congress, there will be at least 66 Senators representing states with a regulated medical cannabis program,” Strekal added.

UPDATE: This story has been updated to include comments from representatives of NORML and the Marijuana Policy Project.

Here’s Where The Next House Speaker Stands On Marijuana

Here’s Where The Next House Speaker Stands On Marijuana