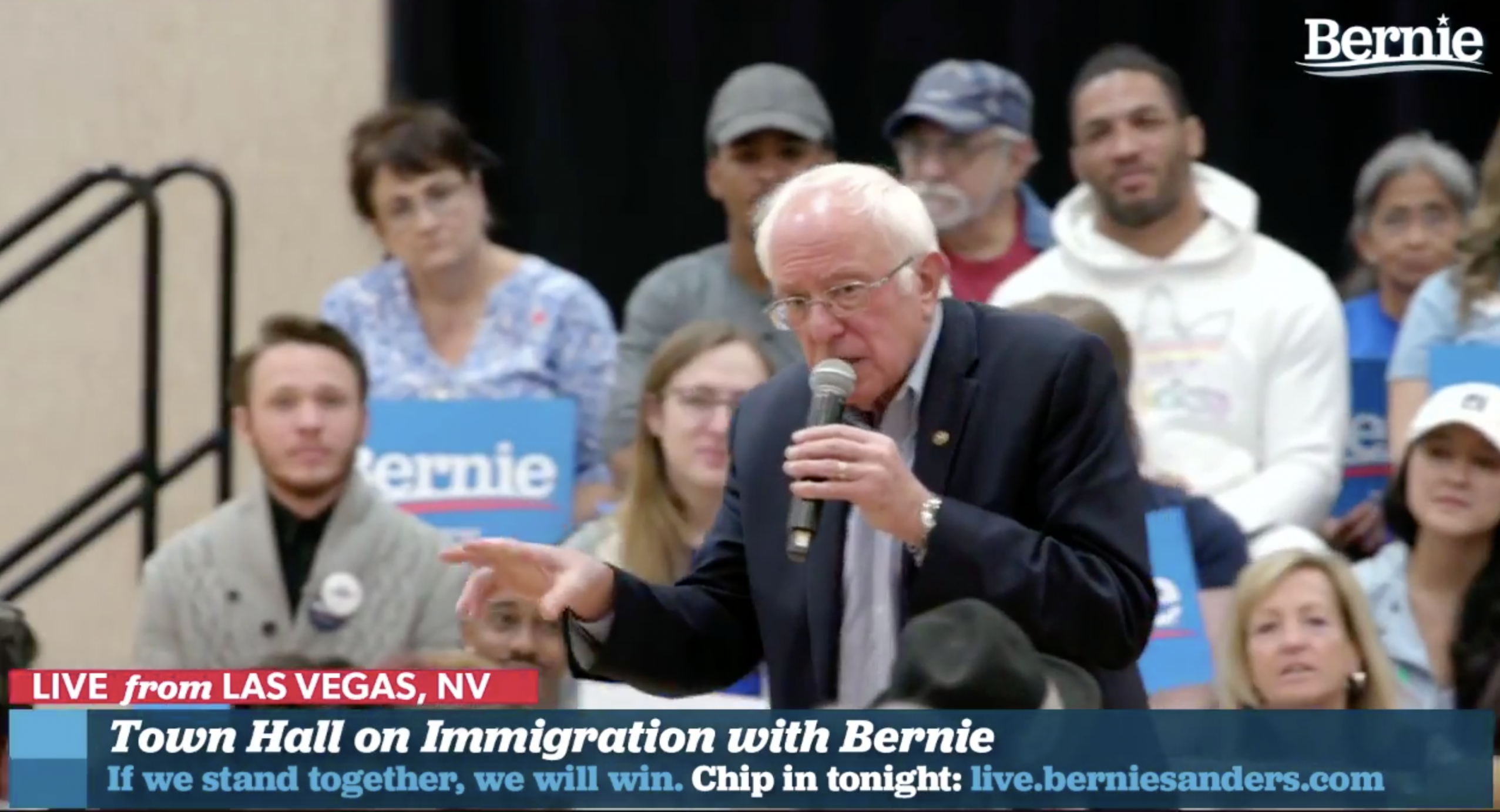 As former Vice President Joe Biden faces a backlash over his suggestion that marijuana could be a ‘gateway’ drug, rival presidential candidates such as Sens. Bernie Sanders (I-VT) and Kamala Harris (D-CA), as well as entrepreneur Andrew Yang, are touting their own support for cannabis reform proposals

One day after Biden said he doesn’t support national cannabis legalization because there’s “not nearly been enough evidence that has been acquired as to whether or not it is a gateway drug,” Sanders offered a competing vision, emphasizing in a speech that he wants to “make marijuana legal in every state in the country,” rather than allow prohibition to continue in certain states.

The senator also discussed other elements of a cannabis reform plan he released last month, including his pledge to “expunge the records of those arrested for possession of marijuana” and provide funding to promote participation in the legal industry by individuals from communities most impacted by the war on drugs.

“It sounds unfair that when we legalize marijuana, you end up having a handful of corporations controlling that industry,” Sanders said during the Sunday event in Las Vegas. “We have built into our criminal justice program an effort to provide many billions of dollars in help to people in the African-American community, Latino community, other communities, the people who have been hit the hardest by the war on drugs, to help them profit off a legal marijuana system.”

Watch Sanders’s marijuana comments, around 33:00 into the video below:

Sanders described his three-step plan to prevent large corporations from controlling the cannabis market during an interview on Showtime’s Desus & Mero last month.

Separately, he took to Twitter on Sunday to highlight new polling showing that a majority of Americans support legalizing marijuana.

The American people are united on issue after issue. We must legalize marijuana now—and expunge all past marijuana convictions as a matter of racial and economic justice. https://t.co/NQjp7WOko3

Meanwhile, Harris also appeared to take a direct hit at Biden over his “gateway drug” comment, stating that the debate on that matter is already settled.

Let's be clear: marijuana isn't a gateway drug and should be legalized. Glad to see my bill with Rep. Nadler take the next step in the House this week. https://t.co/d6BcMFlpYT

“Let’s be clear: marijuana isn’t a gateway drug and should be legalized,” she tweeted, adding that she’s glad that a bill she and House Judiciary Chairman Jerrold Nadler (D-NY) filed earlier this year to federally deschedule cannabis is scheduled for a vote in the House this week.

Harris herself has faced pushback from reform advocates and challengers who point out that the senator was involved in criminalizing cannabis consumers, and opposed legalization, during her time as a prosecutor.

Yang, for his part, presented a visual contrast to Biden on Monday, sharing photos of him smiling, surrounded by dozens of trimmed marijuana plants in an undisclosed facility.

He also wrote in a tweet that cannabis “should be legal nationwide” and linked to a campaign site page laying out his reform plan.

Marijuana should be legal nationwide. It is already legal in several states, it reflects a safer approach to pain relief than opiates, and our administration of drug laws is deeply uneven and racist. https://t.co/0Uhl17MW98

“It is already legal in several states, it reflects a safer approach to pain relief than opiates, and our administration of drug laws is deeply uneven and racist,” Yang said.

Biden has drawn criticism from lawmakers outside of the presidential race as well, with Rep. Earl Blumenauer (D-OR) calling him out on Monday.

Get with the program, @JoeBiden.

Not only do we have legislation that would solve the issue of research, the American people overwhelmingly support legalizing cannabis—period.

The war on drugs has ruined countless lives. It's past time we end this senseless prohibition.

“Get with the program, @JoeBiden,” the congressman, who has spearheaded Capitol Hill efforts to end federal prohibition, said. “Not only do we have legislation that would solve the issue of research, the American people overwhelmingly support legalizing cannabis—period.”

“The war on drugs has ruined countless lives,” he said. “It’s past time we end this senseless prohibition.”

AOC Calls For Decriminalizing The Use Of All Drugs

AOC Calls For Decriminalizing The Use Of All Drugs