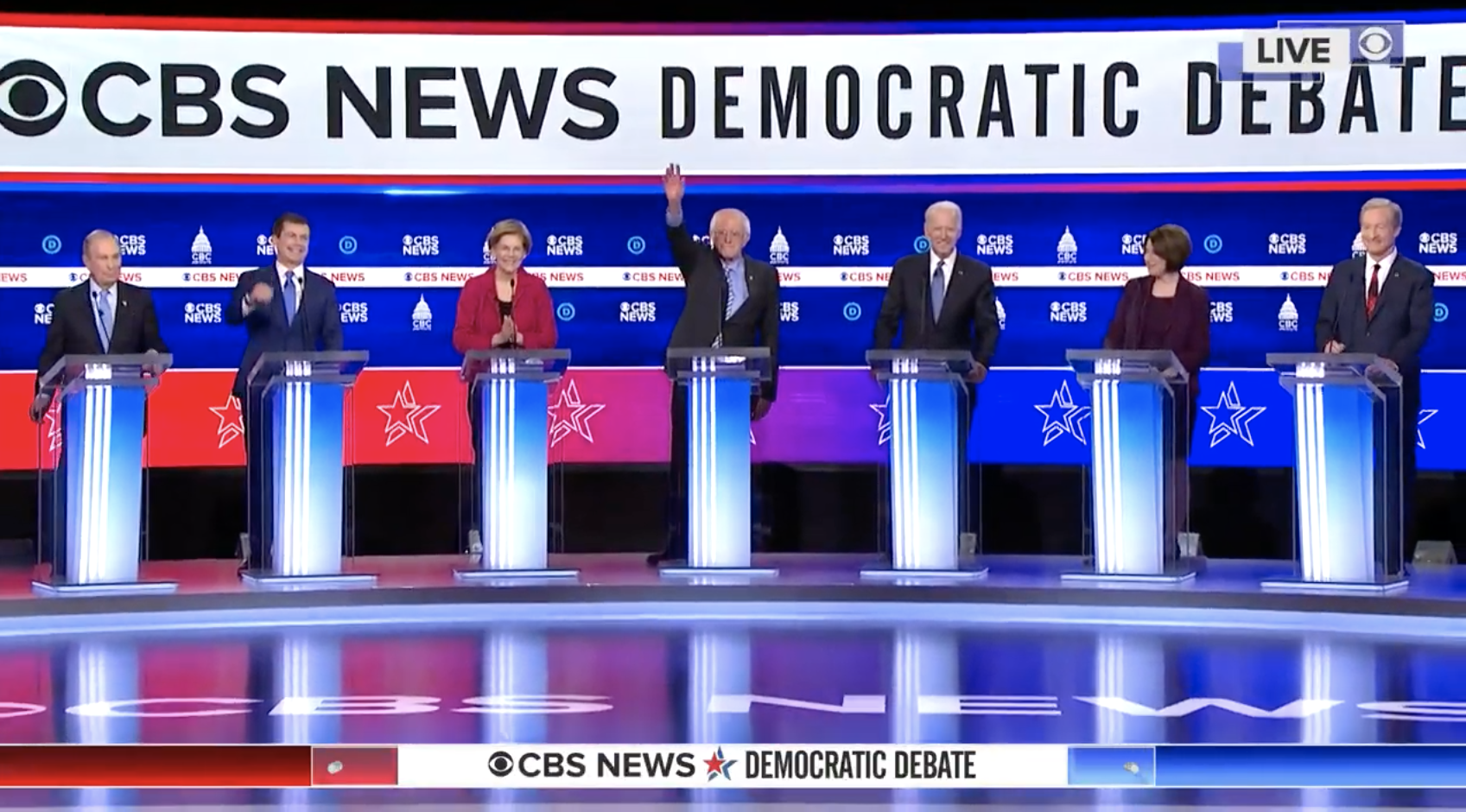 The Democratic presidential debate in South Carolina on Tuesday revealed fissures in how the candidates view marijuana reform, with former New York City Mayor Mike Bloomberg doubling down on his opposition to legalization and Sen. Bernie Sanders (I-VT) facing questions about the logistics of his plan to legalize in all 50 days on the first day of his presidency.

The exchange began when a moderator asked Sen. Amy Klobuchar (D-MN) whether Sanders’s proposal to use executive action to legalize cannabis nationwide on the day he takes office and also expunge prior marijuana convictions was realistic.

“It is realistic to want to legalize marijuana. I want to do that too,” Klobuchar said. “I also think you need to look back at people’s records. You maybe can’t do that on day one, as he said. I think you want a process that you go through because there are too many people that have things on their records that stopped them from getting jobs.”

The senator went on to say that legalization should be coupled with investments in substance misuse treatment.

Klobuchar touched on a point that experts told Marijuana Moment in a recent analysis of Sanders’s plan. While advocates have celebrated the fact that Sanders has made cannabis reform a major part of his campaign, legal experts have questioned whether a president could unilaterally lift the prohibition of marijuana immediately, and they also pointed out that states would likely continue to enforce anti-cannabis laws regardless of a change in the plant’s status under federal law.

Bloomberg, who is one of just two candidates on the stage who opposes marijuana legalization, was then pressed on his record of characterizing cannabis as an addictive drug that has not been adequately researched. The former mayor has also recently faced criticism over a recording that recently surfaced showing him justifying racially disproportionate cannabis arrests during his time in office.

“The first thing you should do is we should not make this a criminal thing if you have a small amount. For dealers, yes. But for the average person, no,” Bloomberg said. “You should expunge the records of those that got caught up in this before. Number two, we’re not going to take it away from states that have already done it.”

But he went on to say that “you should listen to the scientists and the doctors. They say go very slowly, they haven’t done enough research and the evidence so far is worrisome. Before we get all our kids—particularly kids in their late teens, boys even more than girls—where this may be damaging their brains, until we know the science, it’s just nonsensical to push ahead,” he said.

“But the cat’s out of the bag,” he said. “Some states have it, you’re not going to take it away. Decriminalize the possession.”

Sanders then got a chance to argue that his plan is a realistic solution to ending the drug war.

We are going to legalize marijuana on day one of my presidency. #DemDebate pic.twitter.com/j7qhg1jwz7

“We have a criminal justice system today that is not only broken, it is racist. We’ve got more people in jail than in any other country on earth, including China. One of the reasons for that is a horrific war on drugs,” he said. “I do believe that on day one, we will change the federal Controlled Substances Act which, if you can believe it, now equates heroin with marijuana. That’s insane.”

“We’re going to take marijuana out of that and effectively legalize marijuana in every state in the country.”

“What we are also going to do is move to expunge the records of those people arrested for possession of marijuana,” the senator, who was the first major presidential candidate to call for legalization during his earlier 2016 bid, said. “And I’ll tell you what else we’re going to do. We’re going to provide help to the African American, Latino, Native American community to start businesses to sell legal marijuana rather than let a few corporations control the legalized marijuana market.”

Biden, who like Bloomberg opposes legalizing marijuana but backs more modest reforms such as decriminalizing possession and expunging records, sought to join the exchange as moderators were going to commercial. “I wrote the bill that set up drug courts,” he said, before getting cut off.

Earlier in the debate, Biden tore into businessman Tom Steyer, saying that as an investor he “bought a system that is a private prison system” that “hogtied young men in prison.”

Steyer shot back by calling out Biden’s role in shaping and passing crime policy legislation that includes harsh drug penalties.

“You wrote the crime bill,” he said, “that put hundreds of thousands of young black and Latino men in prison.”

Bloomberg also took heat over the use of stop-and-frisk policing tactics during his time as mayor.

Former South Bend, Indiana Mayor Pete Buttigieg said that the policy was racist “in effect it was because it was about profiling people based on their race.”

“The mayor even said they stopped white people too often and minorities too little,” he pointed out.

“I’ve apologized and asked for forgiveness,” Bloomberg said. “I’ve met with black leaders to try to get an understanding of how I can better position myself and what I should have done and what I should do next time.”

Elizabeth Warren Has A New Plan For Legalizing Marijuana