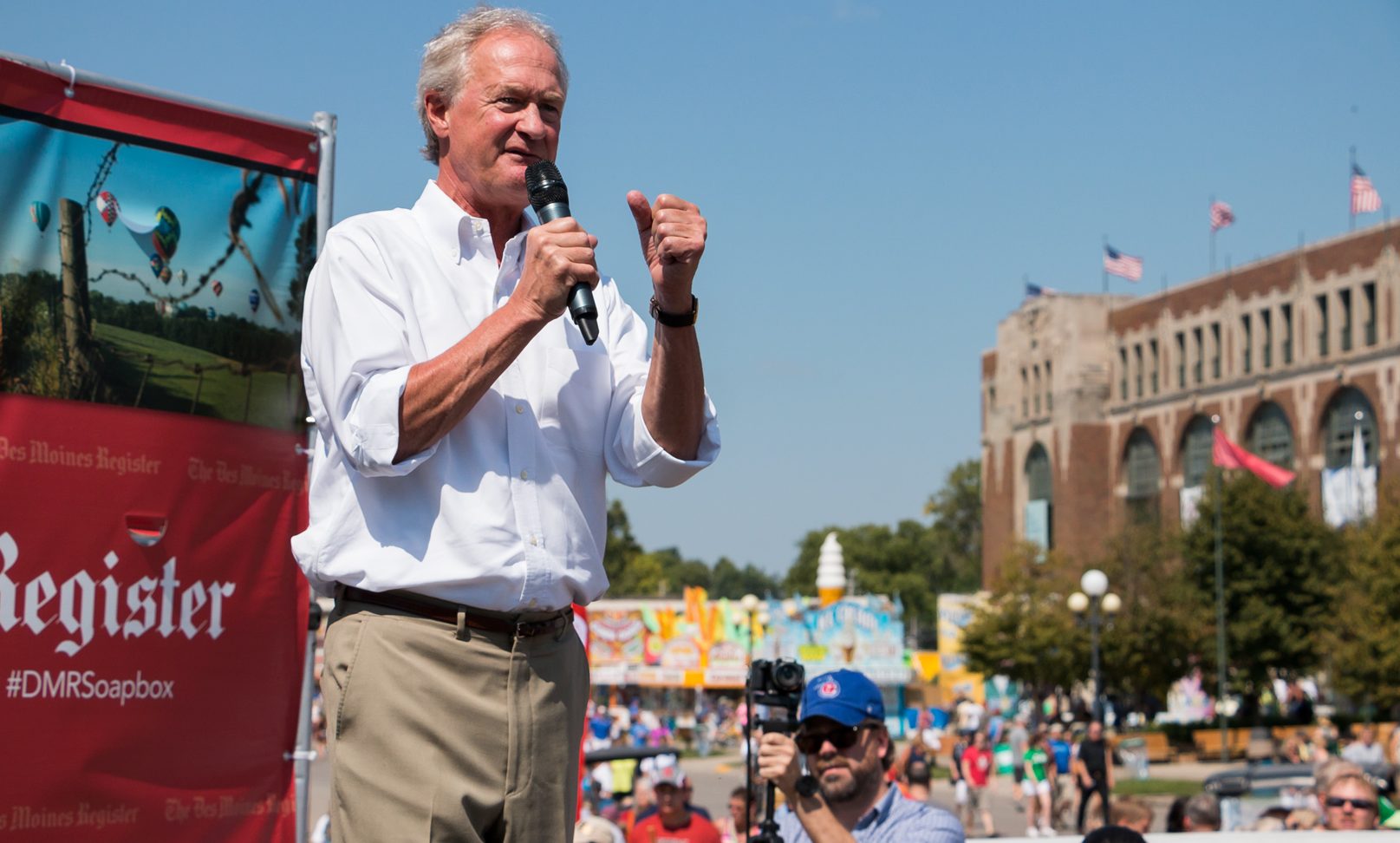 Libertarian presidential candidate Lincoln Chafee said on Wednesday that the U.S. should move toward decriminalizing drugs and partner with countries that have implemented such policies to learn from their models.

Chafee, who previously served as a senator and as Rhode Island’s governor, made the comments at a press conference to announce his candidacy, where he emphasized the need for the U.S. to end its involvement in military conflicts abroad and also end “the failed war on drugs.”

The truth is that there is another war that needs to end. The failed war on drugs. What we need is an active, open minded discussion in this country that results in real criminal justice reform, and that includes decriminalization. #LeadWithTruth. #Libertarian #ProudlyLP

“Internationally, our policies of eradication, substitution and interdiction are an abject failure and have caused vastly more harm than good,” he said. “At home our prisons are full of non-violent drug offenders. What we need is an active, open-minded discussion in this country that results in real criminal justice reform—and that includes decriminalization.”

“The truth is there is another war that needs to end: the failed war on drugs.”

Asked by Marijuana Moment whether his plan involves decriminalizing all drugs or only select substances, Chafee didn’t directly respond but said that it “starts with a broad conversation and getting everybody involved—law enforcement, health officials—and that’s the process.”

“There are other models around the world, whether it’s Portugal or Uruguay or Holland, and we can learn from them,” the candidate, who has at times been a Republican, a Democrat and an independent, added.

Chafee’s drug policy platform has evolved over time. During his time as governor, he signed a bill to decriminalize marijuana possession and urged the Drug Enforcement Administration to reschedule cannabis under federal law. In the midst of his run for the 2016 Democratic presidential nomination, he called state-level legalization efforts “interesting, positive experiments.”

On broader drug decriminalization, the candidate shares the perspective of at least two Democratic contenders, former South Bend, Indiana Mayor Pete Buttigieg and Rep. Tulsi Gabbard (D-HI), both of whom have expressed support for the policy change.