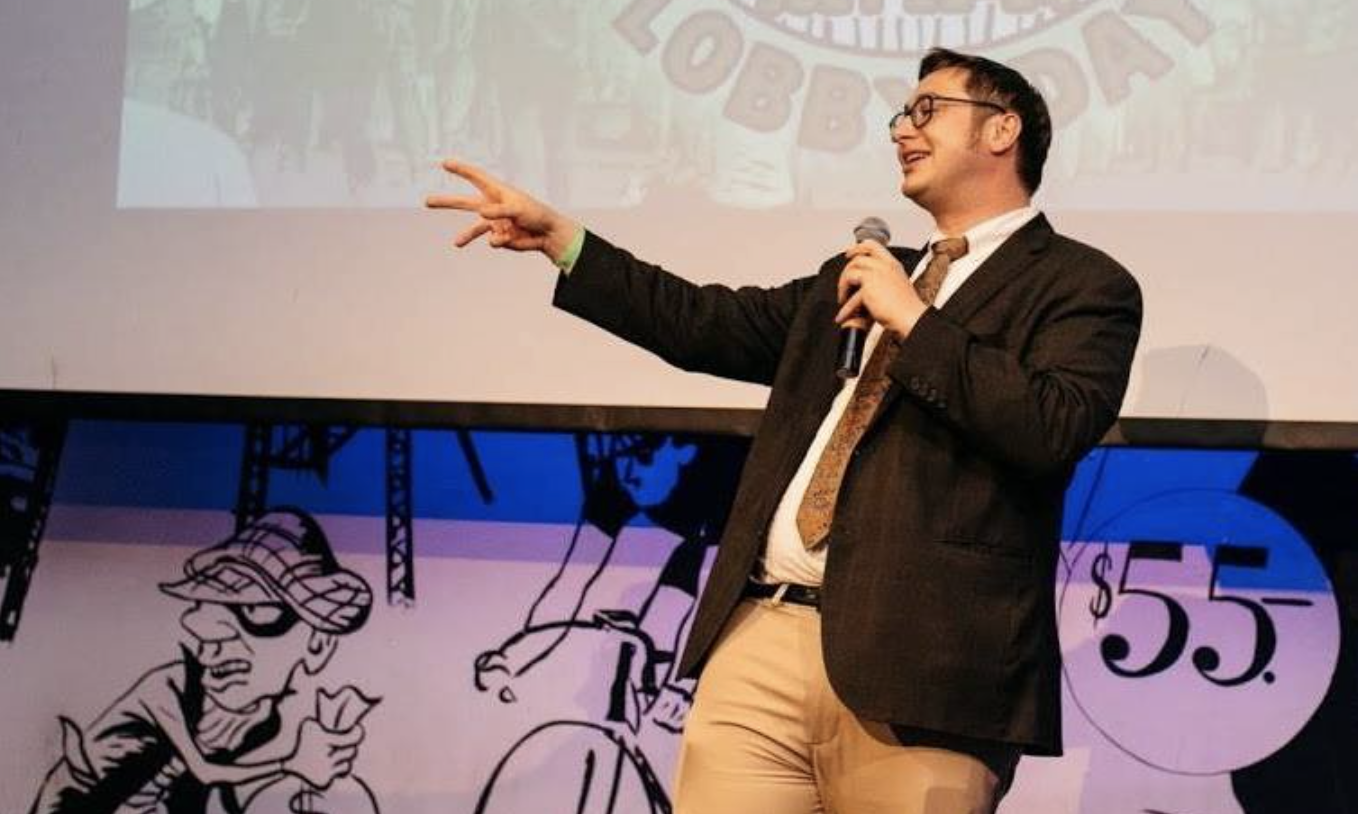 When it comes to advocating for marijuana reform on Capitol Hill, Justin Strekal of NORML is one of the most widely recognized faces of the movement, putting in the hours to champion the cause of cannabis consumers and convince lawmakers to get on board.

But after five years, the chapter of his career as NORML’s political director has come to a close. While he will continue to work to advance the cause in a different capacity, NORML will be getting a new lobbyist to fight for an end to federal cannabis prohibition in Congress.

Paradoxically, Strekal personally thinks that professional lobbying should be abolished. But in his years as the federal lobbyist for NORML, he’s demonstrated how having a voice directly whispering—and, occasionally, shouting—in the ears of policymakers and their staff can help affect real change.

“I took the responsibility of being the federal lobbyist and political director for NORML incredibly seriously as a way to harness the decades and decades of organizing that has been done by activists in as pointed and tenacious a way as possible to translate that into federal policy reform,” Strekal told Marijuana Moment.

After five years, tomorrow is my last day at @NORML.

It's been the opportunity of a lifetime to fight for justice and non-discrimination of people who consume a substance that I occasionally enjoy & by every metric is less harmful than tobacco or alcohol.https://t.co/D7EA65cYwk

When he entered the job, Donald Trump had just been elected president. Republicans controlled Congress. Prohibitionist Jeff Sessions was soon confirmed as attorney general and moved to rescind Obama-era guidance that offered legal cannabis states some level of protection.

While marijuana remains federally illegal today, there has been enormous progress on the cannabis front since Strekal took the job. In a historic vote, the U.S. House of Representatives approved a bill to end prohibition in 2020—though the Marijuana Opportunity Reinvestment and Expungement (MORE) Act later stalled in the Senate. More modest marijuana banking reform legislation has cleared the House five times in some form. Even some Republicans are championing legalization as the state-level movement affects more and more of their constituents who have made clear their desire for a change.

“It’s really a testament to the fact that this issue—which does not have well-organized money behind it, which does not have traditional institutional organizational power in Washington, D.C.—how far a scrappy bunch of activists can really push the issue,” Strekal, wearing his signature horn-rimmed glasses, said.

Morgan Fox will be replacing Strekal at NORML. He has years of experience running communications at other leading cannabis groups like the Marijuana Policy Project (MPP) and, most recently, the National Cannabis Industry Association (NCIA).

Fox told Marijuana Moment that his predecessor left him a “great foundation,” and he intends to “build upon his work primarily in making sure that NORML is a leader in the space and has a strong seat at the table when it comes to cannabis policy reform, both comprehensive and incremental.”

That will also mean continuing to pressure the Biden administration to make good on campaign promises for things like cannabis clemency.

Fox has a wide range of experiences to draw from in the marijuana space. And while he’s transitioning from an organization that is principally focused on industry-related issues, he says his long background working on marijuana from different perspectives means he will hopefully “be able to build bridges and make sure that whatever legislation ends up getting passed is the one that is beneficial to the greatest amount of people, especially cannabis consumers, communities that have been disproportionately impacted by prohibition and small businesses.”

“I’m very, very excited to jump into this next legislative session and start tackling appropriations and bringing the the MORE Act for a full vote in the House in the coming months,” Fox said.

Strekal, for his part, isn’t leaving the cannabis movement. He’ll soon be starting a new political action committee focused on advancing the legalization fight through elections. And he said that a guiding principle that he’s absorbed from NORML founder Keith Stroup—”that the area of marijuana is only incidentally about marijuana, it’s really about freedom”—will continue to inform his work.

“I plan to continue that ethos into the work that I do, whatever that’s going to be in the future,” he said, “through my continued lobbying for other organizations, whatever consulting work I do and the forthcoming political action committee that will be rolled out in the coming weeks.”

The new PAC won't be my only tool moving forward in the marijuana reform space, as leaving NORML also affords me the opportunity to lend my perspective and expertise to other groups in a consulting capacity.

“For me, I think one of the things that makes NORML so unique compared to the other drug policy reform groups and really separates them from the industry groups is the tenacity to focus on the individual,” Strekal said. He listed a number of adjacent issues he’s worked to advance, from reforming employment drug testing policies to cannabis protections for Indian tribes to helping universities seeking to research marijuana under the umbrella of federal prohibition.

Strekal is optimistic that broad reforms will continue to advance in the new year.

“I still believe it is possible to again advance the MORE Act to end prohibition through the House of Representatives as a bulwark to continue to build the pressure upon the 50/50 Senate to consider the yet-to-be-put-forward [legalization] legislation by Senate Majority Leader Schumer (D-NY)” and Sens. Cory Booker (D-NJ) and Ron Wyden (D-OR).

“I do still see a pathway for the enactment of SAFE banking,” he added, but he caveated that “there needs to be a real reckoning, in my view, with the the tactics used to push” the reform.