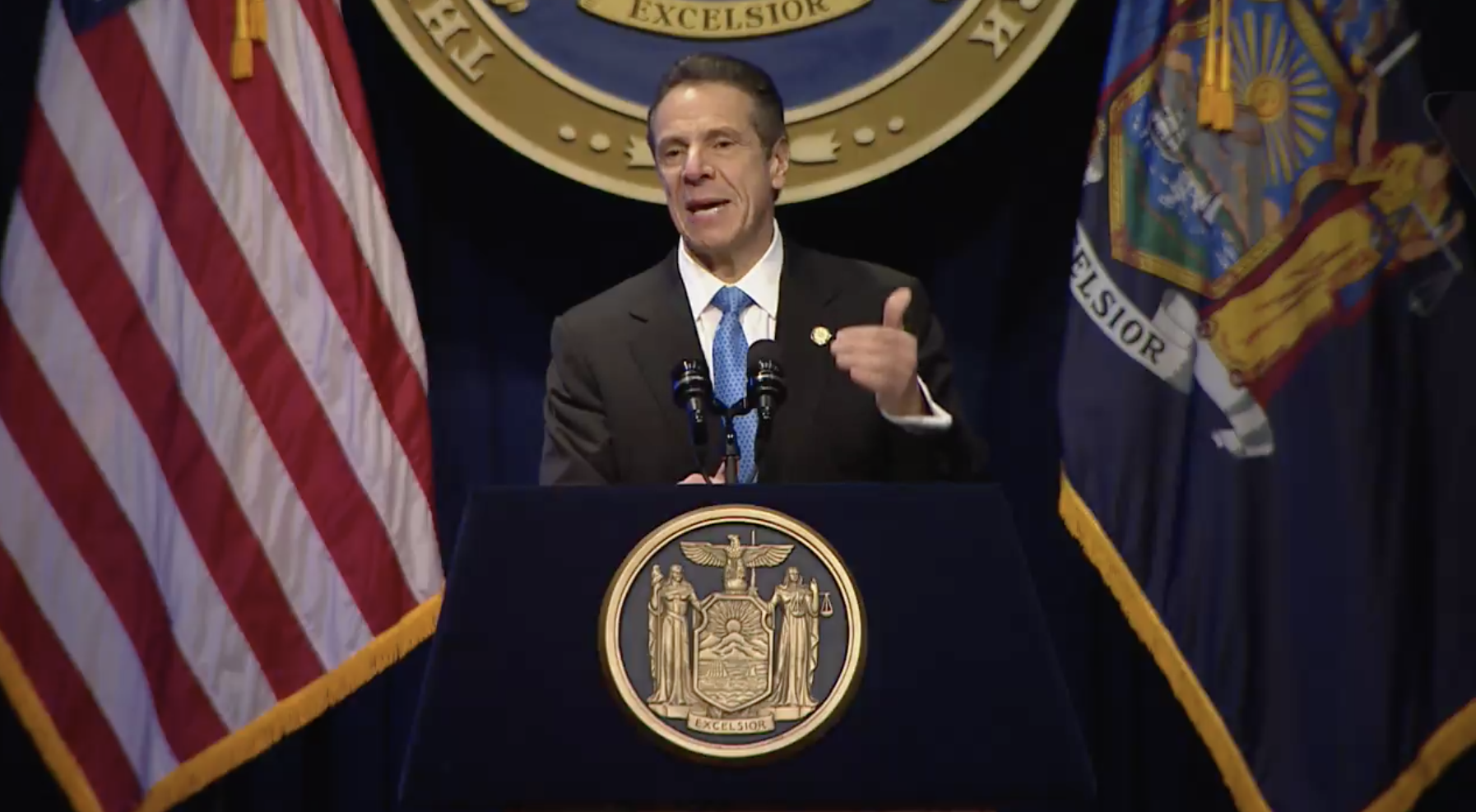 New York Gov. Andrew Cuomo (D) is again making marijuana legalization a top administrative priority for the new year, he said during his State of the State address on Wednesday.

The governor, who included cannabis reform in his budget proposal last year, was unable to get legalization passed after months of negotiations with lawmakers, with talks ending in a stalemate amid disagreements over issues such as how to allocate tax revenue.

But 2020 will be a different story, Cuomo said in the speech, where he also announced a plan to create a “Global Cannabis Center for Science, Research and Education” within the state’s university system to study cannabinoids.

And let's create a Global Cannabis and Hemp Research Center with SUNY so New York can lead the way.#SOTS2020 #MakingProgressHappen pic.twitter.com/uYNEsPDy4u

Despite contention over the specifics of last year’s legalization bill, the governor expressed optimism about the prospects for passage this time around, and he included ending prohibition at the top of a list of social initiatives he hopes to accomplish in the coming legislative session.

“Let’s legalize adult use of marijuana” and work with neighboring states to “coordinate a safe and fair system,” Cuomo said in the address

Cuomo said he’s proposing a legal cannabis system that puts social equity first through licensing opportunities, providing access to capital and technical assistance and creating an “incubation of equity entrepreneurs.” The plan also calls for restorative justice to “correct past harms to individuals and communities that have disproportionally been impacted by prohibition.”

“Our economic growth would be a hollow victory if we did not continue our social progress,” he said. “For decades, communities of color were disproportionately affected by the unequal enforcement of marijuana laws.”

The speech comes after a significant effort on Cuomo’s part to coordinate legalization plans with gubernatorial partners in the Northeast region. After meeting with Connecticut Gov. Ned Lamont (D) over the summer, where the two discussed their reform agendas, they arranged a follow-up panel where other governors from the area agreed to basic principles of a legal cannabis system.

“Governor Cuomo proposes a comprehensive cannabis program to protect consumers, promote equity, and generate economic development by working with our neighbors New Jersey, Connecticut, and Pennsylvania to coordinate a safe and fair system,” a briefing book for the speech states. “He proposes creating a new Office of Cannabis Management to specialize in cannabis regulation—overseeing the medical, adult-use and hemp programs.”

The plan also involves a series of provisions designed to promote public health, such as establishing “stringent quality and safety controls including oversight over the packaging, labeling, advertising, and testing of all cannabis products” and funding an education campaign to inform the public on risks associated with cannabis consumption and to deter impaired driving.

“Cannabis legalization has the potential to have a significant economic impact on distressed areas in New York creating thousands of new jobs, spurring billions in economic activity and generating an estimated $300 million in tax revenue when fully implemented,” the document says.

“Until now, the cannabinoid industry has gone unregulated and unchecked, and there is a dearth of independent research on the science, the safety risks, and the dangers/benefits associated with its potential use,” the brief continues. “With New York providing global leadership, this Center will approach this complex arena with the attention, sophistication, and granularity it deserves.”

Read the cannabis-related section of Cuomo’s briefing book below:

Cuomo Marijuana State of th… by Marijuana Moment on Scribd

This story has been updated to include quotes from Cuomo’s speech.