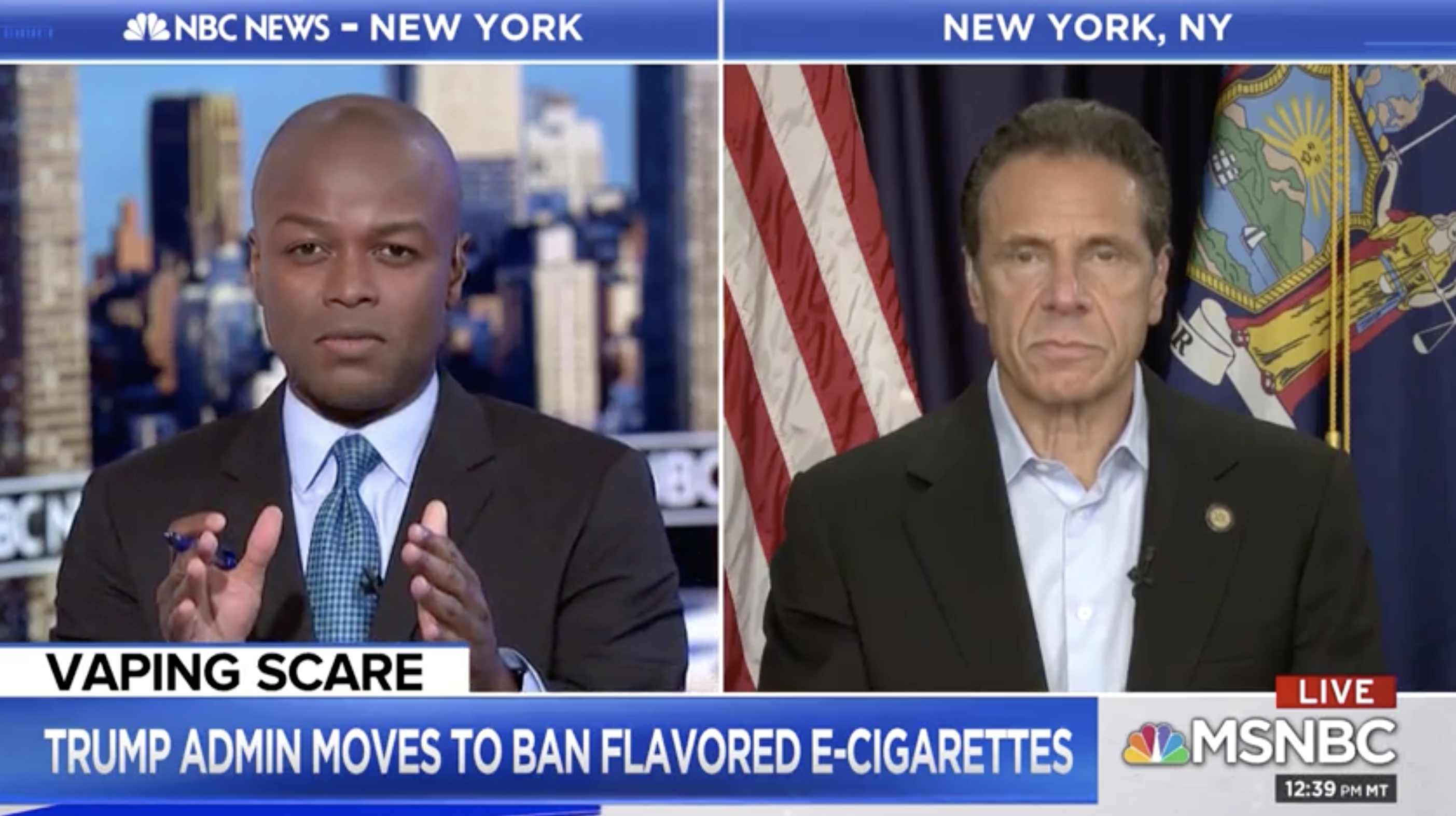 New York Gov. Andrew Cuomo (D) seemed to suggest that he might want a ban on smoking marijuana included in legalization legislation when lawmakers take up the issue again next year.

During an interview with MSNBC on Sunday, the governor was asked whether the spike in apparent vaping-related lung injuries and deaths, which experts attribute to altered nicotine and cannabis oils primarily purchased on the illicit market, has made him reconsider pursuing legalization in the state.

“People are vaping THC, yes that is true,” Cuomo said. “We think that from a public health point of view, that is not something that we recommend and we think it’s dangerous—smoking of any kind.”

It’s not entirely clear if Cuomo plans to ask for a smoking ban the next time a legalization bill emerges or if he was simply outlining an administrative position advising against smoking. A spokesperson for his office did not respond to Marijuana Moment’s request for comment by the time of publication.

But while there was no ban on marijuana smoking included in legalization legislation that he worked to pass earlier this year, it wouldn’t be entirely out of character given that he pushed for such a restriction as part of New York’s medical cannabis program in legislation enacted in 2014.

The logic behind that policy, according to Cuomo, was that it would prevent people from abusing the program. If he moved to incorporate a ban for adult-use legalization, however, it would presumably be a public health decision.

That could create problems when lawmakers return to the negotiating table. In California, flower and concentrates represent about 70 percent of the marijuana market, meaning any attempt to ban smokeable cannabis will likely be met with pushback from consumers, industry stakeholders and civil liberties-minded reform advocates.

Industry players seemed to have influence when Cuomo included a ban on home cultivation for personal use in his prior legalization proposal—something a major medical cannabis association recommended in a policy statement submitted to the governor.

For the time being, however, there don’t seem to be tangible plans to include a smoking ban in future cannabis legislation and it could be that the governor simply ends up pushing for public education campaigns discouraging the activity rather than keeping it illegal.

Cuomo has made clear that legalization would again be an administrative priority after negotiations failed to produce a passable bill last session.

In July, he signed legislation broadening New York’s decriminalization law and creating a pathway for expungements for individuals with prior cannabis convictions.