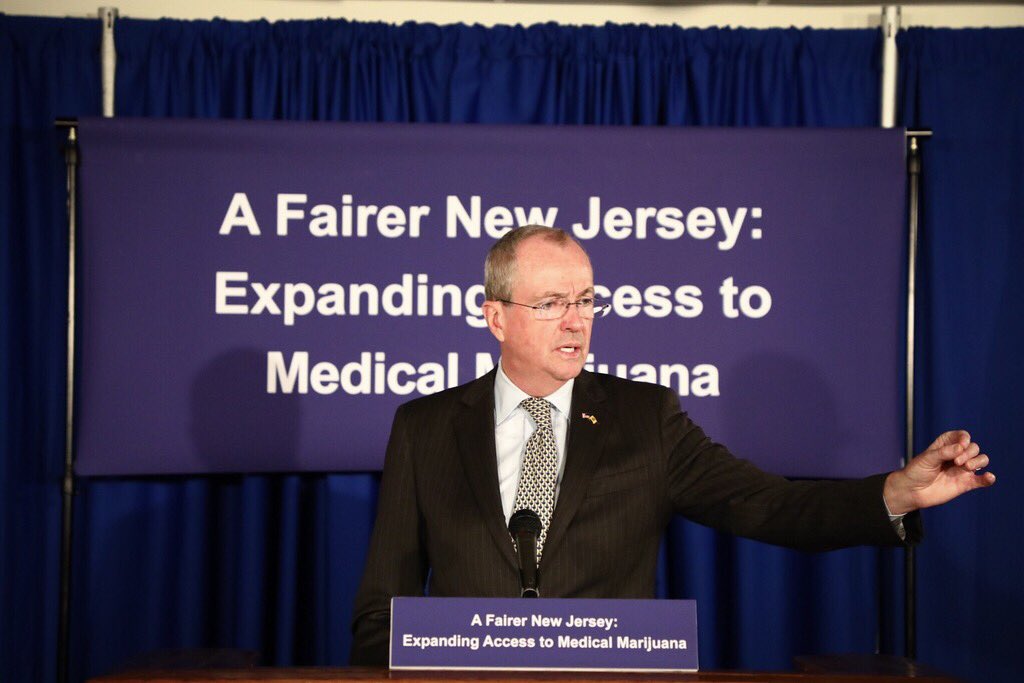 Gov. Phil Murphy, a Democrat, stressed in a remarks on Tuesday that his administration’s approach to medical cannabis would be very different than that of his predecessor, Republican Chris Christie.

“Roadblocks put in place by the past administration means the law’s spirit has been stifled,” the new governor said before signing an executive order mandating that the state Department of Health and Board of Medical Examiners conduct a review of the program over the next 60 days.

Medical marijuana is used to treat chronic and debilitating pain, epilepsy, glaucoma, PTSD, ALS, side effects of cancer treatment, side effects of HIV/AIDS, Crohn’s disease, multiple sclerosis, and other painful illnesses. We will not deny people compassionate care any longer.

The Garden State’s medical cannabis program was enacted in 2010, but has reached relatively few patients due to its limited list of qualifying conditions and low number of licensed dispensaries.

Christie, as governor and during the course of a failed campaign for his party’s 2016 presidential nomination, has been one of the nation’s leading voices against marijuana law reform.

Murphy, on the other hand, campaigned on broader marijuana legalization and reiterated a promise to end cannabis prohibition during his inaugural address last week.

Murphy said his approach to medical cannabis would prove a “very stark distinction” from the former “hostile administration tugging the strings of state bureaucracy.”

The executive order directs officials to examine “whether the rules should be revised to remove unwarranted obstructions to expansion.”

Among other areas, Murphy wants the state to review the current process for obtaining medical cannabis dispensary licenses, list of qualifying medical conditions, rules for physician participation in the program and the forms of cannabis that are allowed to be sold and consumed.

In a speech before signing the order, Murphy called medical marijuana “a significant weapon to break the back of the devastating opioid crisis.”