A supermajority of New Jersey voters say in a new poll that they support a marijuana legalization referendum that will appear on the November ballot.

The survey, which was conducted by DKC Analytics and released on Tuesday, shows that 68 percent of respondents back the policy change. That’s a seven percentage point increase compared to a separate poll on the issue released in April. 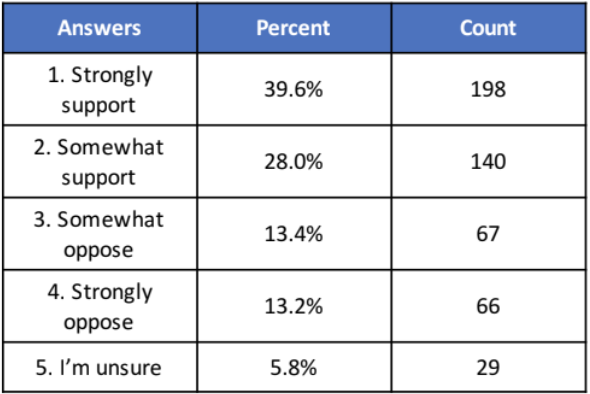 Most respondents (56 percent) agreed that online ordering and home delivery for marijuana products would be a “good way to provide adults with access.”

Supporters of the legalization initiative were asked to select the reasons they hold that position. 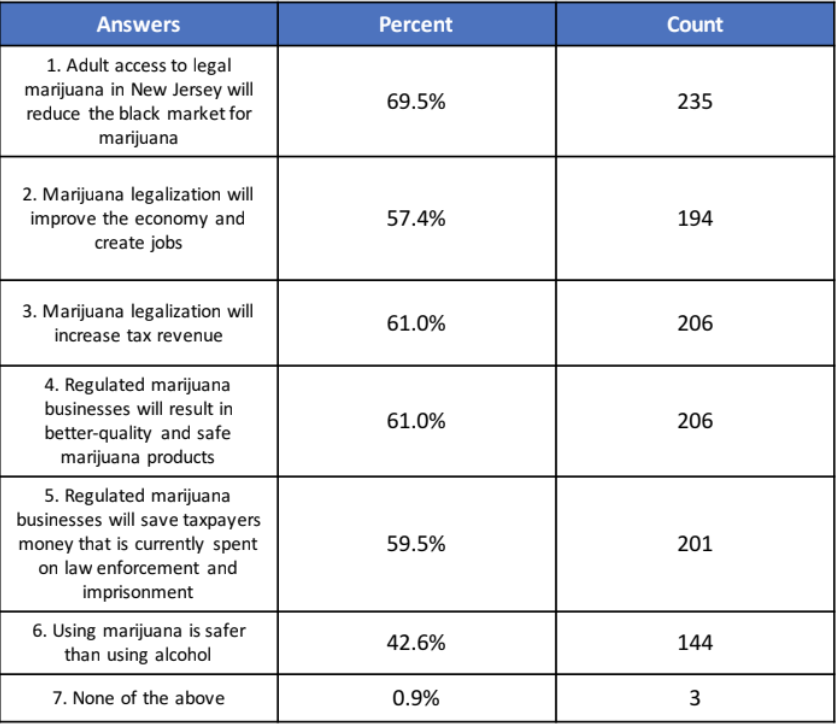 Another supermajority (68 percent) said people with prior low-level cannabis convictions should be able to have their records expunged.

The same percentage of respondents said that marijuana tax revenue should go toward drug education and awareness programs.

“The polling results confirmed our belief that there is overwhelming support for the creation of a regulated, adult-use cannabis marketplace in New Jersey,” John Fanburg, an attorney at Brach Eichler, which commissioned the survey, said in a press release. “Respondents supported it because it will create tremendous opportunity. It will create vitally needed new businesses, the state will receive significant tax revenues and illegal sales will be dramatically reduced, if not eliminated. Voters see this as a win for everyone.”

As has historically been the case, people who identified as Democrats are more likely to support legalization (78 percent), but majorities of Republicans (57 percent) and independents (63 percent) also favor the policy change.

Another interesting finding was that most people who participated in the survey (57 percent) said they do not personally consume cannabis. The poll involved phone interviews with 500 New Jersey likely voters from July 7-12.

”The strong level of support for correcting this decades-old inequality, especially in the context of recent protests of inherent bias in law enforcement, should be well noted by our legislators who will be tasked with correcting this unfortunate consequence of the failed policy of prohibition,” Charles Gormally of Brach Eichler said.

While the New Jersey legislature wasn’t able to pass a legalization bill on its own, lawmakers opted instead to place the issue on the ballot through a referendum question.

Gov. Phil Murphy (D) is supportive of the move and said earlier this month that legalizing cannabis is “an incredibly smart thing to do” both from an economic and social justice perspective.

Last month, the Assembly approved a bill to decriminalize possession of up to two ounces of marijuana.

Read the full results of the New Jersey marijuana poll below: