When a shop selling marijuana opens (or closes), there’s a direct impact on housing and rental prices in the surrounding area, according to a pair of recent studies.

Housing prices for new homes increase by 7.7 percent on average if they’re located within a quarter mile of a new dispensary.

A study published in the journal Contemporary Economic Policy evaluated how the price of new homes in Denver, Colorado, changes when a cannabis dispensary opens up nearby. Researchers compared the prices of homes before and after a dispensary opened within .25 miles, .25-.5 miles and .5-.75 miles. 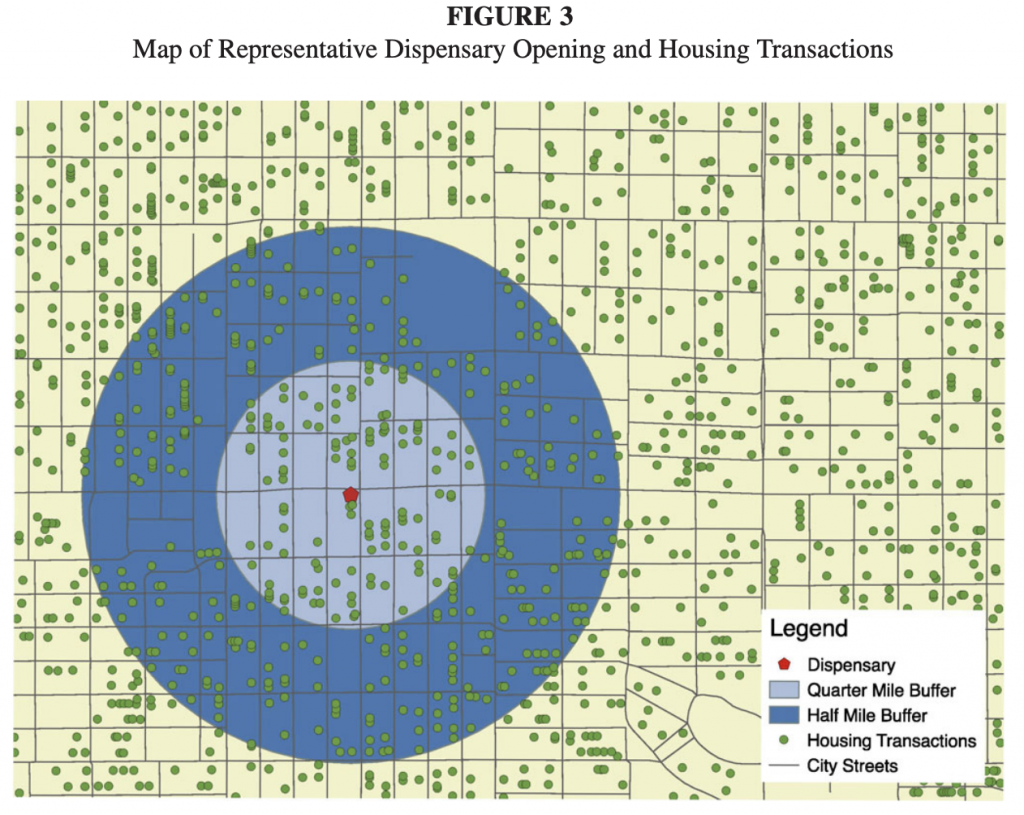 When new dispensaries opened within .25 miles, housing prices jumped 7.7 percent on average. There was still a 4.7 percent increase for homes located within .5 miles, but the effect “disappears entirely” for houses that are further than .5 miles from a new dispensary. The researchers also found that the effect was slightly more pronounced if the dispensary was the first to the area.

“Our results suggest that despite potential costs, legalization is capitalized as a net benefit in housing prices,” the researchers wrote.

“If public sentiment surrounding marijuana is positive, homebuyers may also prefer to select into neighborhoods with more dispensaries for convenience. Ultimately however, our data do not allow us to directly determine the underlying mechanisms driving this result, so these potential explanations should be considered speculative.”

Amsterdam’s famous cannabis coffeeshops are known tourist attractions, but what happens when one shuts down? For his master’s dissertation, doctoral student Igor Goncalves Koehne de Castro identified at least one collateral effect: Rental costs on Airbnb drop by about three percent on average if the closure was within 250 meters of the lodging.

If the coffeeshop was further than 250 meters, rental prices didn’t change significantly. 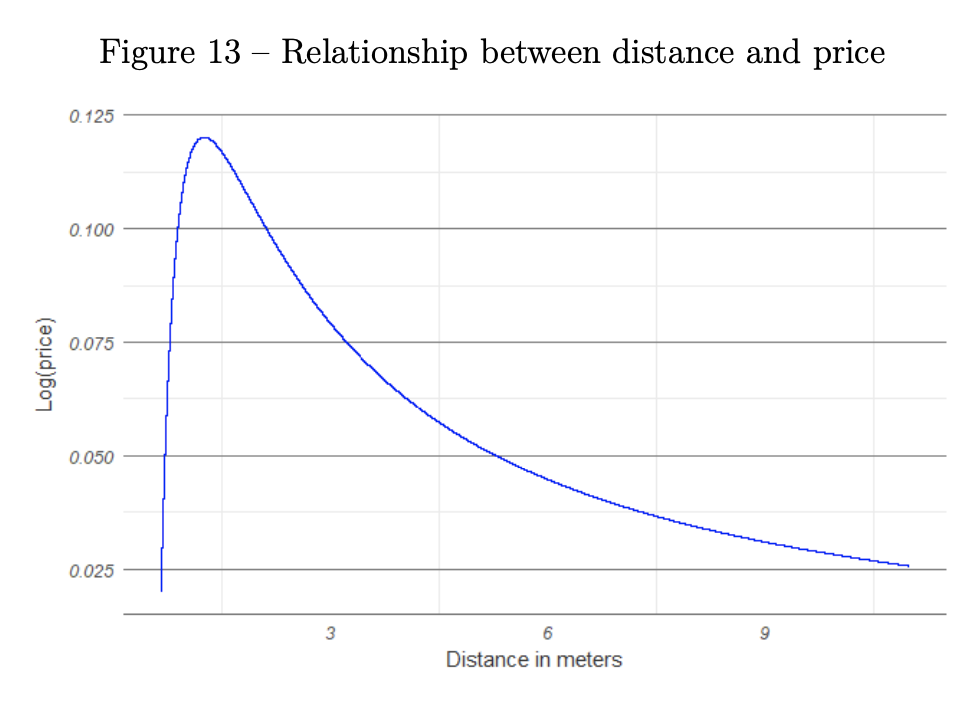 There were plenty of examples for de Castro to study, which spanned from 2014 to 2017, because several coffeeshops have closed in response to new laws in recent years, including one in Amsterdam that prohibits the shops from operating within 250 meters of a school.

After controlling for other possible factors, de Castro developed a series of models based on Airbnb data on rental prices over time and their proximity to recently closed coffeeshops. The study revealed that these shops “present a positive impact” on rental prices for lodgings close to the shops—presumably because people who rent through Airbnb are “tourists” who are “sensitive to distances.”

“The findings of this study suggest that, for the city of Amsterdam, the de facto legalization of cannabis actually has a positive externality,” de Castro wrote. “This result puts new evidence to the debate of drug laws and policies, a matter that still lacks data and research.”