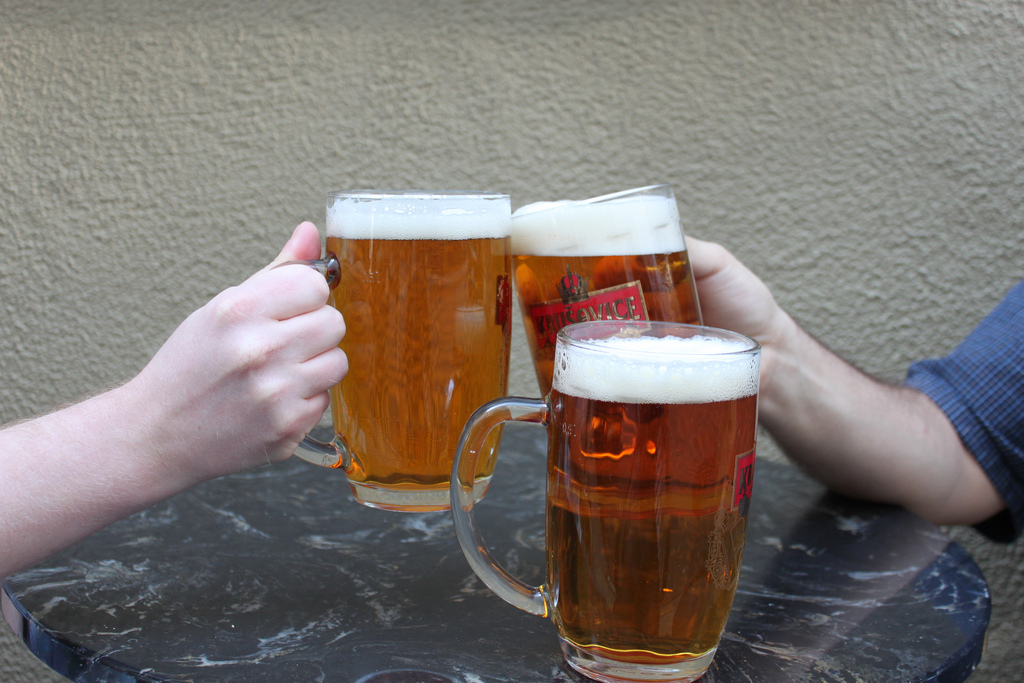 Brewing giant Molson Coors is planning to launch a line of marijuana-infused teas, seltzers and other drinks that current beer consumers might want to reach for instead of a cold one while kicking back with friends, company CEO Mark R. Hunter told said on Tuesday.

“We’re driven by being the first choice for consumers and customers, and [cannabis] is a new space that’s opening up,” Hunter said in an interview with Bloomberg. “It’s clear that the occasions that some of these alcohol-free drinks which will have THC and CBD components will be competing in similar occasions to alcohol.”

“Venturing into this in Canada allows us to do it in a very tight geography—we can incubate, we can test, we can learn,” he added. “And really, we had to decide whether we wanted to be a spectator or on the playing field.”

“We decided to get on the playing field.”

Some advocates believe that marijuana legalization in the United States owes at least part of its success to messaging that sold cannabis to the public as a safer alternative to alcohol.

Perhaps a predictable end result of that analogy, large alcohol companies’ interest in cannabis continues to grow as Canada prepares for the beginning of legal recreational marijuana sales in October.

Earlier this summer, the Denver-based megabrewer announced a partnership with a Canadian cannabis company, The Hydropothecary Corporation (HEXO), to produce cannabis-infused drinks for the Canadian market.

That announcement preceded yet another investment—this one a reported $4 billion—by Constellation Brands, brewers of Corona and Modelo beer, into Canadian marijuana firm Canopy.

And California microbrewer Lagunitas, which is wholly owned by Heineken, recently launched a THC-infused “sparkling hop water” for the California recreational marijuana market.

Though alcohol companies know they want to make cannabis beverages, it’s not yet legal to mix marijuana and alcohol in the same product.

And so while exact plans and product lines have yet to be announced, Molson Coors marijuana drinks will likely include “a range of beverages,” including “teas,” “seltzers,” and non-alcoholic “beer” that includes “cannabis compounds,” Hunter said.

“On occasions where people want to kick back and relax and socialize with their friends, they’ll be able to enjoy all of those flavors,” he added.

“What we’ll bring to are big brand credentials, and a real sense of responsibility as well.”

Molson Coors’s stock prices have been on a general downward trend since hitting a peak of around $111 US in late 2016, trading in the $60 range for most of the summer.

Meanwhile, tobacco companies are eyeing the marijuana space but have yet to make a strong move.

Earlier this month, executives with Altria, the parent company of Philip Morris, told analysts that the company is “exploring options” in the cannabis space.