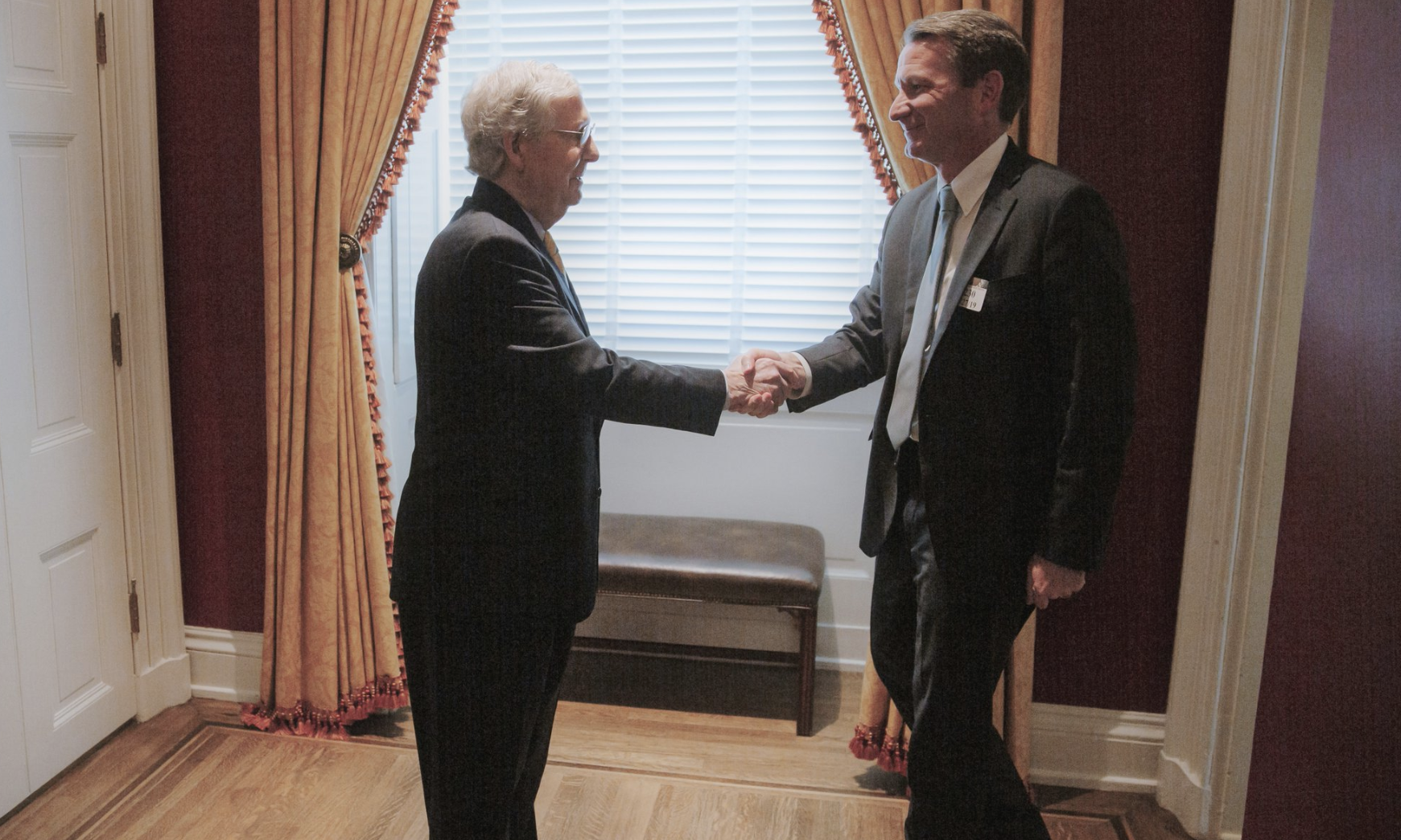 Senate Majority Leader Mitch McConnell (R-KY) met with the head of the Food and Drug Administration (FDA) on Thursday, urging him to develop regulations so that hemp-derived CBD can be lawfully marketed.

The senator, who championed a hemp legalization provision of the 2018 Farm Bill and has since put hemp near the center of his own 2020 reelection campaign, told Acting FDA Commissioner Ned Sharpless that his constituents are eager for clarification so that they can produce and sell CBD infused into food products or as dietary supplements.

FDA has taken some steps to that end. It held a public meeting in May, inviting industry stakeholders to provide input on the issue, for example. But former Commissioner Scott Gottlieb indicated that it may take an act of Congress to create a regulatory pathway for CBD, or else it could take several years for the FDA to get it done.

The reason for the protracted timeline is that CBD currently exists as an FDA-approved drug (Epidiolex) and also has never been previously introduced into the food supply—factors that complicate the regulatory process, Gottlieb said.

McConnell isn’t interested in waiting years for the FDA to produce CBD rules.

‘While the 2018 Farm Bill included my provision to remove hemp, and its derivatives like CBD, from the list of controlled substances, CBD food and dietary supplement products remain in a gray area without clarification from the FDA,” he said in a press release.

.@senatemajldr McConnell Discusses #Hemp, CBD with Acting FDA Commissioner: "I appreciate Dr. Sharpless meeting w/ me to discuss this important issue. Like my constituents, I am anxious to know the FDA’s plans to ensure public access to safe CBD products.”https://t.co/Ts5OcV0ZWT pic.twitter.com/nEAwg6H8yt

“Congress’ intent was clear with the passage of the Farm Bill that these products should be legal, and our farmers, producers and manufacturers need clarity as well as a workable pathway forward regarding the Agency’s enforcement and potential regulatory plans for certain CBD products,” he said. “I appreciate Acting Commissioner Sharpless meeting with me today to discuss this important issue. Like my constituents, I am anxious to know the FDA’s plans to ensure public access to safe CBD products.”

The in-person meeting with Sharpless is one of several tactics lawmakers are using to expedite CBD regulations.

On Wednesday, Sen. Ron Wyden (D-OR) sent a letter to the commissioner stating that it was “fully unacceptable” that the rulemaking process is estimated to take up to five years. He said the FDA should issue “enforcement discretion guidance” by August 1.

An amendment attached to appropriations legislation that passed the House this week would also require the FDA to “undertake a process to make lawful a safe level for conventional foods and dietary supplements containing cannabidiol (CBD) so long as the products are compliant with all other FDA rules and regulations.”