Missouri officials on Thursday announced that they have transferred millions of dollars in medical marijuana tax revenue to support programs for military veterans.

This is the second round of cannabis funding for the Missouri Veterans Commission (MVC), raising the total to $6,843,310. Overall, the state has seen more than $113 million in medical marijuana sales since dispensaries opened in October 2020, enabling regulators to make the significant transfers.

“Patients are being served by more than 140 dispensary facilities in Missouri now, and we are very pleased to see their sales revenue where it is,” Lyndall Fraker, the medical cannabis director of the Department of Health and Senior Services, said in a press release. “Ultimately, this is how we are able to provide much-needed funding for the veteran’s commission.”

Paul Kirchhoff, executive director of MVC, said the commission “will use these funds for veterans’ health and safety initiatives,” adding that the dollars will also allow them to complete a columbarium wall at a veterans cemetery. 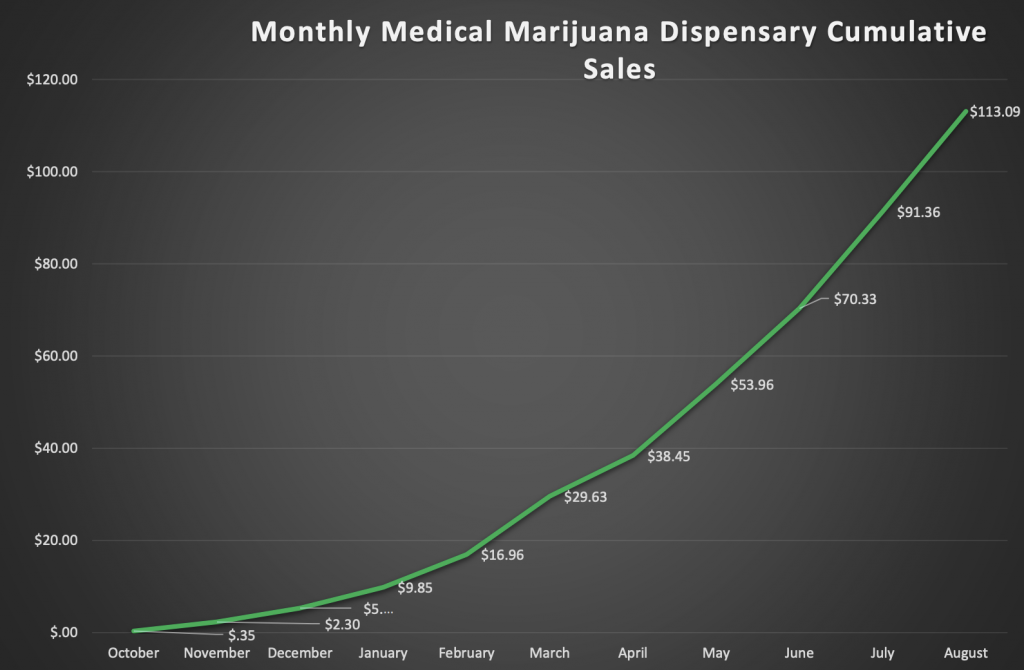 Via Missouri Department of Health and Senior Services.

Meanwhile, at least two activists groups in the state are aiming to place the question of adult-use marijuana legalization before voters in 2022. Establishing a regulated, recreational cannabis model could serve as another source of tax revenue for Missouri.

Under Legal Missouri 2022’s proposal, tax revenue from marijuana sales would first support automatic expungements for people with prior cannabis convictions and then go to programs for veterans’ health care, substance misuse treatment and the state’s public defender system.

New Approach Missouri, which has the same leaders as one of the new 2022 efforts, successfully got its medical cannabis measure passed by voters in 2018 in a year in which competing marijuana proposals were also on the ballot.

The organization tried to place the issue of recreational legalization before voters last year, but the COVID-19 pandemic derailed that effort.

Meanwhile, some advocates want the legislature to take the lead on reform. And Rep. Shamed Dogan (R), who filed a resolution last year to ask voters about legalization on the ballot and compel lawmakers to develop a legal system if approved, is expected to make another push for similar legislation early next year after the prior effort failed to advance this session.