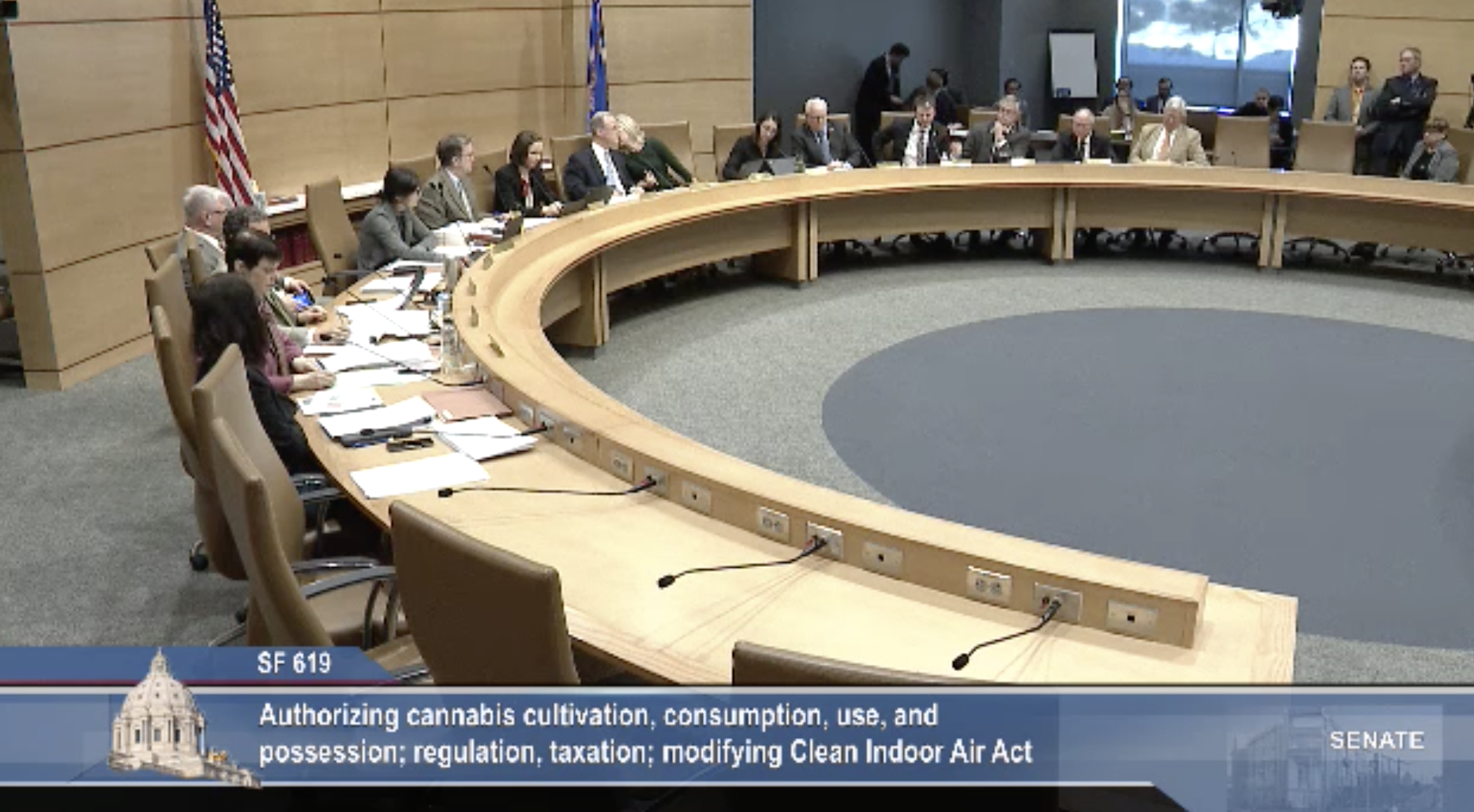 A Minnesota Senate committee rejected a bill on Monday that would have legalized marijuana for adult use. It also voted against establishing a task force to study the issue for future legislative sessions.

The legislation, which was introduced by a bipartisan pair of senators, was struck down along party lines in a 6-3 vote. The Senate Judiciary and Public Safety Committee decided not to advance the bill with “no recommendation” or to send an amended version along to other committees so that it could potentially be revived later in the session.

Just for good measure, the MN Senate Judiciary Committee voted down the recreational marijuana bill 6-3 for a second time. The first time was to pass with "no recommendation" the second vote was to pass and send along to another committee. The issue appears dead in Senate.

The bill would have allowed individuals 21 and older to possess, cultivate and purchase cannabis from licensed retailers, and regulators would have been responsible for approving testing and cultivation businesses. Those with prior convictions for non-violent marijuana offenses would have also had a means to get their records expunged.

Interestingly, the bill’s Republican co-author, Sen. Scott Jensen, said at the hearing that he wouldn’t vote for the legislation himself but felt that the legislature should take up more moderate decriminalization legislation instead.

While lawmakers regarded legalization as an inevitability during a press conference in January, that plan is apparently delayed, at least on the Senate side. A companion bill in the House was referred to a the House Health and Human Services Policy committee in January.

Gov. Tim Walz (D) has voiced support for legalization and said pledged to “replace the current failed policy with one that creates tax revenue, grows jobs, builds opportunities for Minnesotans, protects Minnesota kids, and trusts adults to make personal decisions based on their personal freedoms.”

The effort to create a task force to research the potential impact of legalization in Minnesota would have been “a natural step,” Sen. Melisa Franzen (D), co-author of the bill, said. But the committee voted against that proposal as well.

There was a motion to table the bill, which might have given it a fighting chance, but that was also rejected.

Sen. Ron Latz (D), ranking member on the committee, said that he was “a bit stunned” by his Republican colleagues after the motion to table was voted down, arguing that while there was much rhetoric during the hearing about the need to gather more information before making a decision on legalization, there was an unwillingness to continue debate.

“I do not understand why that would be, especially given that more members of this committee said we need more information,” he said. “Frankly, I’m really stunned at that.”

The chair of the committee told Latz that his characterization was unfair and that, after a three-hour hearing, it’s possible that some members were content with their position and didn’t require additional debate.

Latz said that Franzen should have the opportunity to withdraw her bill, which she did request. But the chair, after consulting with counsel, said that he had first received a request to vote on an amended version of the legislation from another member and that the committee would take up that vote instead of allowing her to withdraw it.

In the end, the bill was killed by another 6-3 vote.