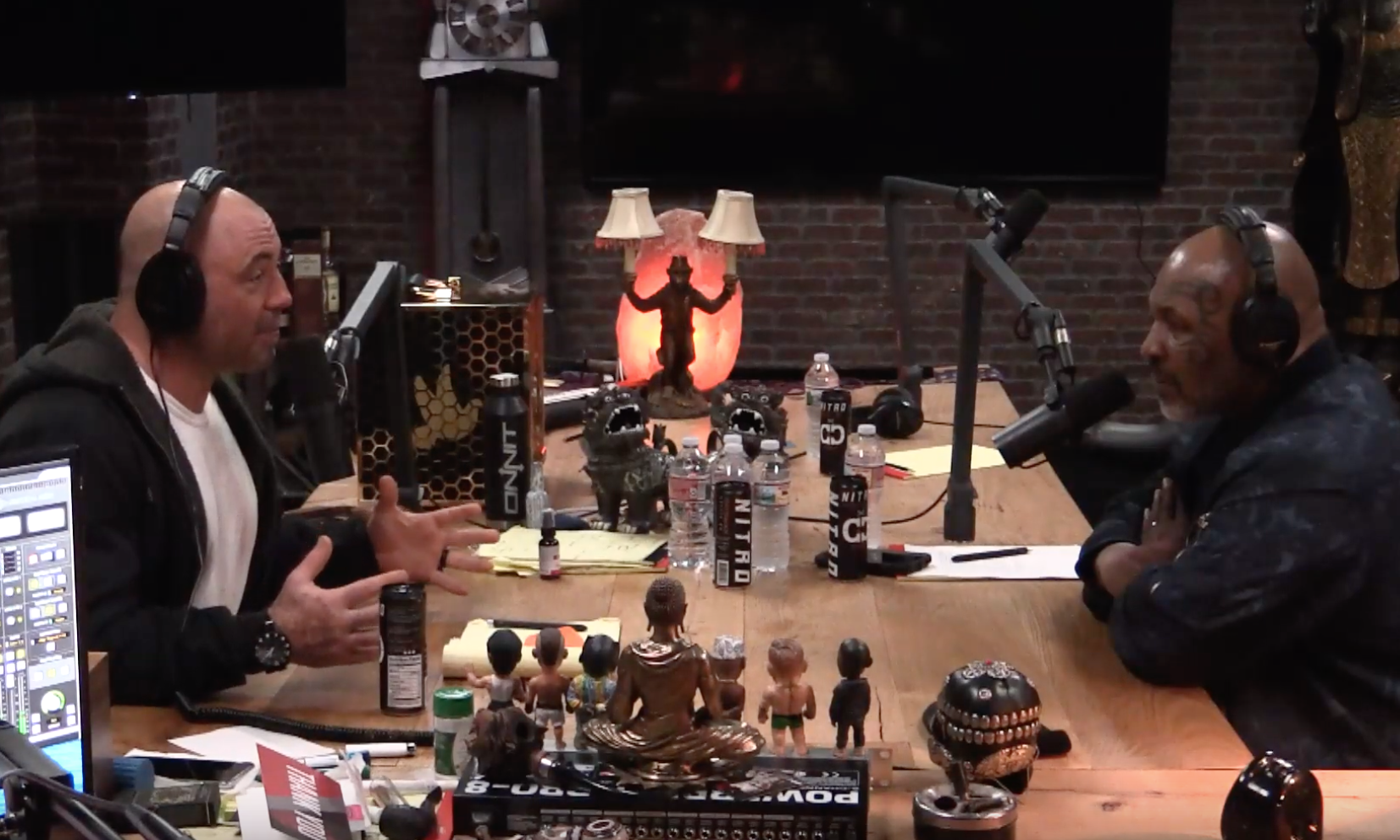 Former boxer Mike Tyson had a mind-blowing discussion with Joe Rogan about tripping on psychedelics and smoking marijuana on Thursday.

“I like who I am when I smoke. You know what I mean?” Tyson said in an appearance on the Joe Rogan Experience podcast. “Without weed I don’t like who I am sometimes. That’s just real.”

Check out the video of Mike Tyson and Joe Rogan discussing drugs below:

Beyond cannabis, the two discussed using 5-MeO-DMT, a tryptamine that is found in the venom of a certain toad species, among other places in nature.

“I smoked this medicine—drug—whatever you want to call it, and I’ve never been the same,” Tyson said. “I look at life differently. I look at people differently.”

“The experience I can’t even express, really. Almost like dying and being reborn.”

Rogan said he had similar experiences with the drug.

“It’s inconceivable,” Tyson added. “I just don’t have the words to explain it.”

I can check “smoke weed with Mike Tyson and do an epic podcast” off my bucket list!

Tyson, who is now an entrepreneur in the cannabis industry and has his own marijuana-focused podcast, said he’s been smoking weed since he was 10 years old.