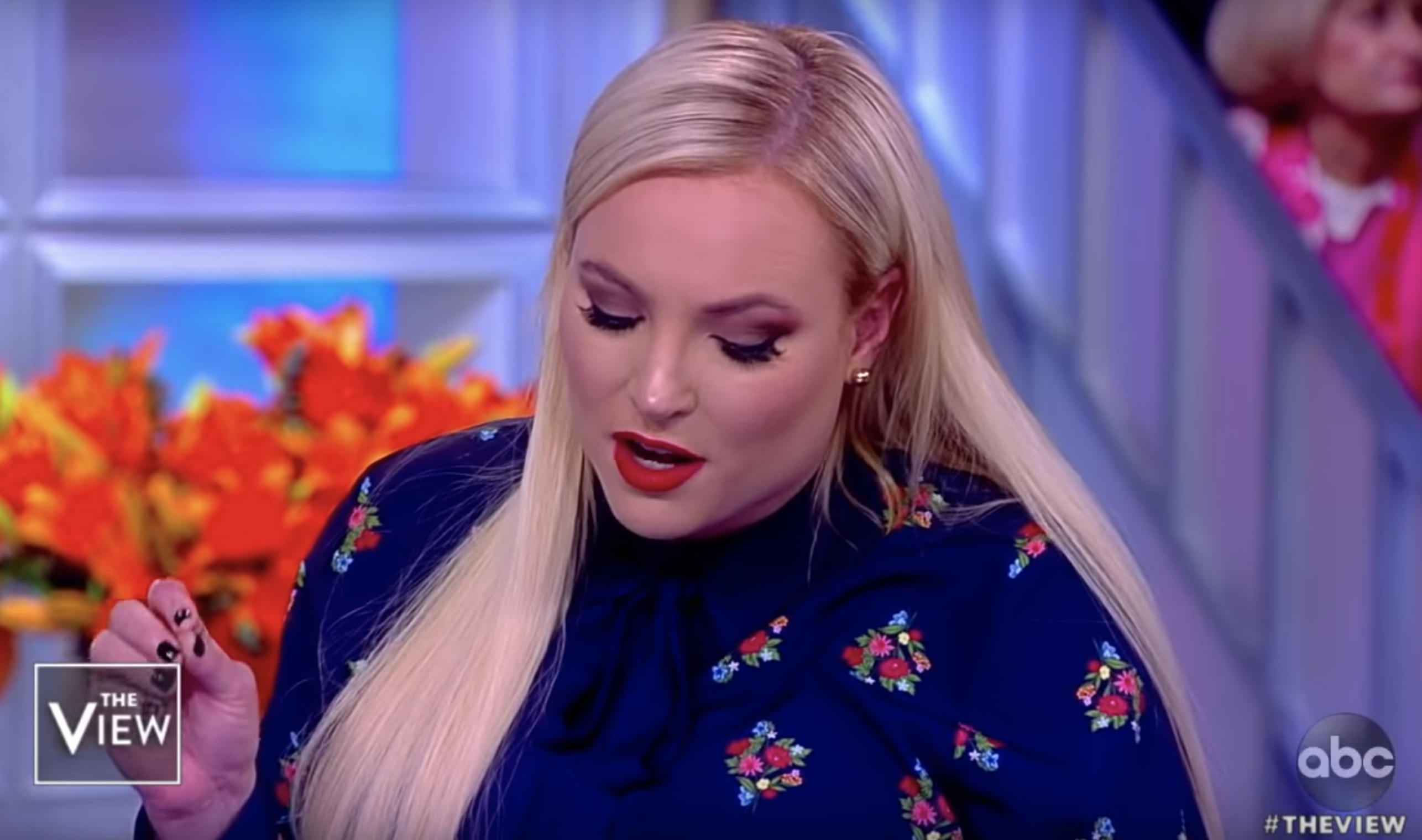 Meghan McCain said that medical marijuana might have given her late father, Sen. John McCain (R-AZ), more days to live, and she expressed anger about the ongoing stigmatization of cannabis on Wednesday.

The View co-host was having a conversation with Ricki Lake, executive producer of the documentary Weed the People, which profiles families who’ve sought cannabis treatment for children with cancer.

“I have to tell you, going through what I went through last year, I am so angry that there is such a stigma attached to cannabis, to marijuana, to anything having to do with the medical benefits of cannabis oil and marijuana any way,” McCain, whose father died from an aggressive form of brain cancer called glioblastoma last year, said.

She appeared to reference a study that showed that glioblastoma patients treated with THC and CBD, in addition to an oral chemotherapy drug, temozolomide, survived almost a year longer on average compared to a control group that only received temozolomide.

“I’m sorry I’m getting emotional, but it’s a big difference—it’s a year difference,” she said. “My dad only survived 14 months.”

Why do I look so mad?!?! I love you Ricki!! (sigh, me and Victoria Beckham with the constant resting bitch face). In all sincerity, thank you for all the work you're doing to try and destigmatize cannabis research in regards to cancer and tumors. Watch @WeedThePplFilm for info! https://t.co/Ni20nYnorR

“I just want to you tell you what you’re doing with this is really important,” she told Lake. “I’m sorry, but it angered me when my dad was sick that there’s still such stigma attached.”

McCain came out in support of marijuana legalization in a book she released in 2012. She argued that legalizing makes sense from an economic perspective, and she said in a TV appearance at the time that she smoked a joint when she was working on the book in New Orleans.

The next year, her senator father said “[m]aybe we should legalize.”

“We’re certainly moving that way as far as marijuana is concerned,” he said. “I respect the will of the people.”

The elder McCain did not end up cosponsoring any cannabis legislation during his time in the Senate, however.