Medical marijuana use is associated with significant reductions in dependence on opioids and other prescription drugs, as well as an increase in quality of life, a new study has found.

This one looked at patients in Canada, analyzing the rate of prescription drug use and quality of life when incorporating cannabis into their treatment regimen. It involved 1,145 patients sourced from 21 medical clinics throughout the country.

The study, published in the journal Pain Medicine and funded by the Canadian cannabis company Tilray, found that baseline opioid use among participants dropped from 28 to 11 percent over the course of six months when marijuana was integrated into their treatment. 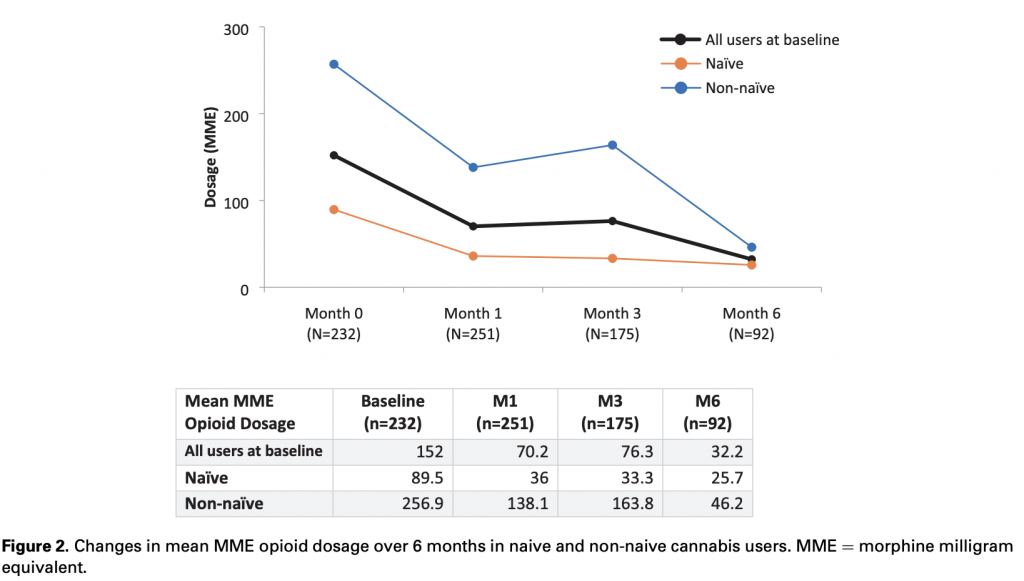 Further, it showed that daily opioid use “went from 152mg morphine milligram equivalent (MME) at baseline to 32.2mg MME at six months, a 78 percent reduction in mean opioid dosage.”

“The results of the Tilray Observational Patient Study (TOPS) add to a growing body of evidence that cannabis use can lead to a reduction in the use of prescription drugs, alcohol, tobacco, and other substances” Philippe Lucas, lead study author, said in a press release.

“In light of the devastating impacts of the opioid overdose crisis in Canada and around the world, research examining the potential influence of cannabis on opioid use may be of particular importance to public health, and these findings could inform harm reduction strategies to mitigate the significant morbidity and mortality associated with opioids,” he said.

There were also similar reductions in the four other drug categories that the study investigated: non-opioid pain medication, anti-depressants, benzodiazepines and anti-seizure drugs. 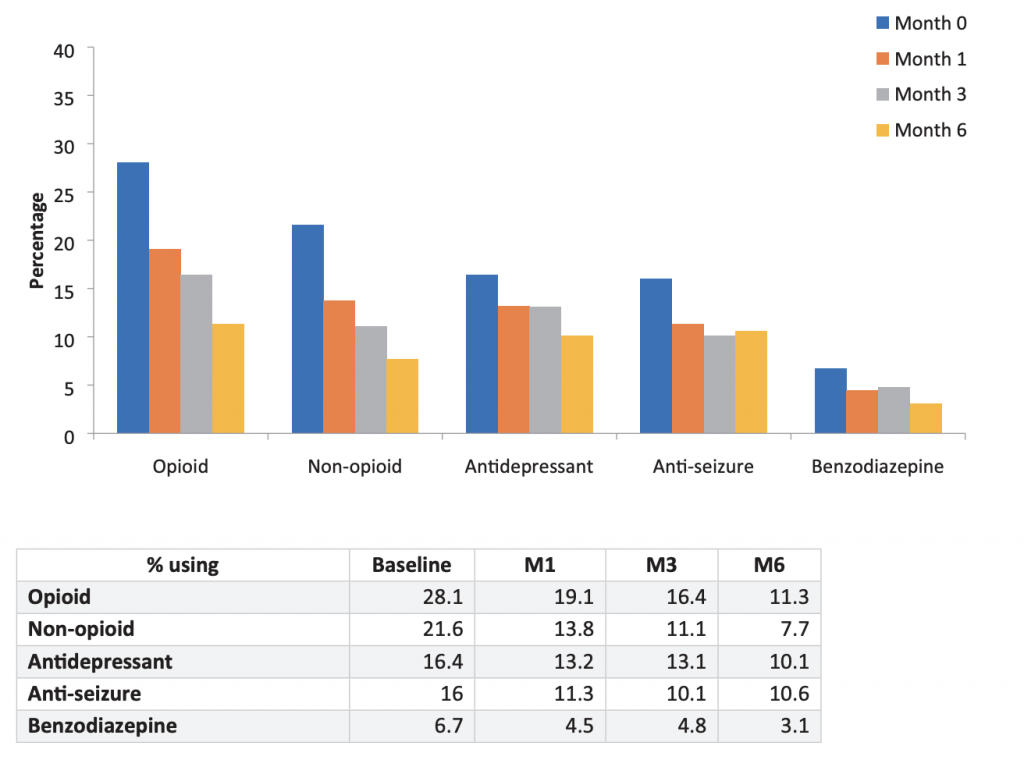 “The high rate of cannabis use for chronic pain and the subsequent reductions in opioid use suggest that cannabis may play a harm reduction role in the opioid overdose crisis, potentially improving the quality of life of patients and overall public health,” the study abstract says.

While numerous observational studies have concluded that cannabis represents a potentially safer and effective alternative to opioid-based pain medication and other drugs, the researchers said the methodology they used makes their findings unique.

“Due to its prospective individual-level design, detailed gathering of both cannabis and prescription drug use data, and diversity of patient characteristics and medical conditions in this large cohort, these findings provide a more granular understanding of the variables associated with reductions in prescription drug use and improvements in quality of life associated with medical cannabis in a number of different contexts,” the study states.

Researchers used a variety of tools to conduct the analysis, including a cannabis use inventory, the World Health Organization Quality of Life Short Form and a prescription drug questionnaire.

Even as prescription drug use declined, marijuana consumption among patients did not increase in a statistically significant way over the six months, the researchers pointed out.

They also noted that the median age of those involved in this study was 52, and so the results are promising given that surveys indicate that older demographics are increasingly consuming cannabis for therapeutic purposes.

Quality of life indicators also improved among patients over the six months that they incorporated marijuana into their treatment plan. That includes factors such as physical health, psychological wellbeing and social relationships. 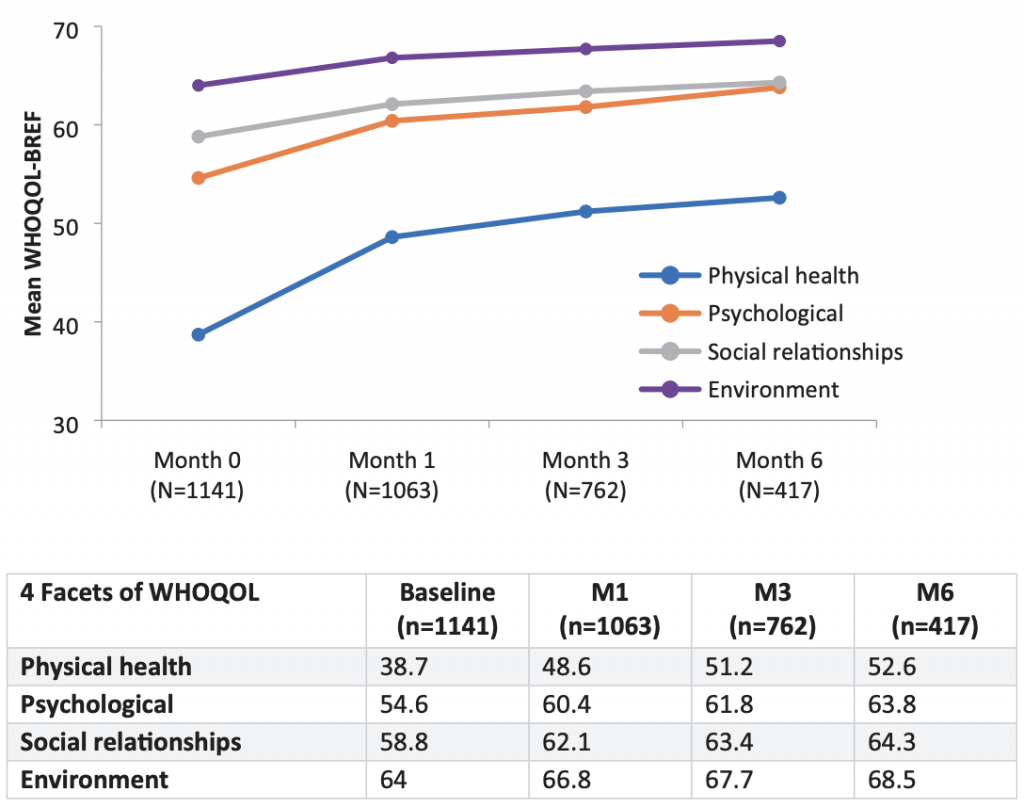 “Although cannabis use is not without potential risks in certain individuals and/or vulnerable populations, if its medical use can provide a relatively safe and effective alternative to prescription drugs with far greater morbidity and mortality such as opioids and benzodiazepines, then perhaps cannabis should also be viewed as a potential harm reduction tool that may prove to be effective in addressing the opioid overdose crisis,” the study concludes.

“Data from the present study could inform current and future opioid reduction strategies, particularly in patient populations addressing chronic pain, and certainly suggest that further observational and clinical studies examining the impact of cannabis on the use of prescription drugs and other substances are warranted,” it adds.

This research could also provide valuable context to a federal health agency in the U.S. that is conducting a review of studies to learn if marijuana and kratom could potentially treat chronic pain with fewer side effects than opioids.

Researchers said that there are significant strengths to the study but also some limitations, most notably that Tilray provided participants with credits to obtain medical cannabis, which could have led to a retention bias.