A recent analysis of popular marijuana strains revealed widespread “genetic inconsistencies” that raise questions about what consumers are really getting at their local dispensaries.

The study, released last week, looked at 122 samples of 30 common cannabis strains, obtained from dispensaries in multiple cities around the United States. It turns out that strain names don’t appear to be reliable indicators of a given product’s actual genetic profile. 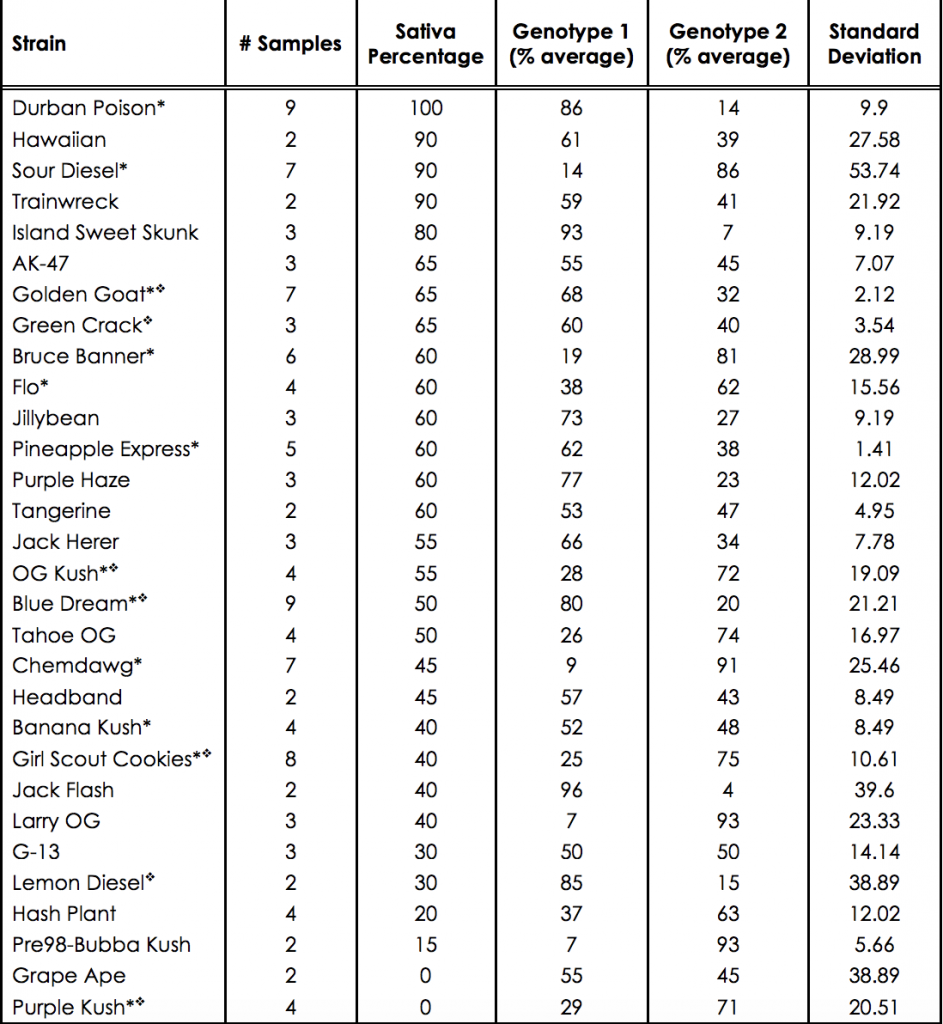 That might strike consumers as surprising, especially considering the fact that commercially available cannabis products are often reproduced through cloning and “stable seed strains.” Even so, the researchers found “evidence of genetic variation…indicating the potential for inconsistent products for medical patients and recreational users.”

While the study’s findings might disappoint recreational users who studied up on a strain’s reported effects on sites like Wikileaf, it poses a particular issue for medical marijuana patients who seek out specific strains to treat various health conditions, the researchers noted.

The factors behind the unreliability

The fundamental problem in cannabis strain inconsistency is that marijuana is federally illegal, limiting research and regulatory opportunities, and there’s currently no industry-wide system “to verify strains,” the study authors wrote. Therefore, “suppliers are unable to provide confirmation of strains.”

“Exclusion from protection, due to the Federal status of Cannabis as a Schedule I drug, has created avenues for error and inconsistencies.”

“Without verification systems in place, there is the potential for misidentification and mislabeling of plants, creating names for plants of unknown origin, and even re-naming or re-labeling plants with prominent names for better sale. Cannabis taxonomy is complex, but given the success of microsatellites to determine varieties in other crops, we suggest the using genetic-based approaches to provide identification information for strains in the medical and recreational marketplace.”

Hezekiah Allen, executive director of the California Growers Association, told Marijuana Moment that he agreed with that recommendation.

“We have been calling for an industry wide science-based system for several years,” he said, citing a legislative accomplishment in 2016 that mandated the California Department of Food and Agriculture “establish a process by which licensed cultivators may establish appellations of standards, practices, and varietals applicable to cannabis grown” in the state.

“Having universities finally able to engage in this type of research is one of the most exciting outcomes of legal reform,” Allen said. “This is an important step the multi-year effort to document and catalog the extensive culture of cannabis.”

“We envision a well informed market, where consumers ask questions before making a purchase. How is grown? Where is it grown? What type was grown? The answers to all of these questions hold great promise for humanity.”

In the new study, which was not peer-reviewed, the researchers at the University of Northern Colorado also pointed out that increased cross-breeding on cannabis strains (hybrids) has contributed to genetic inconsistencies.

“The results are clear: strain inconsistency is evident and is not limited to a single source, but rather exists among dispensaries across cities in multiple states.”

It’s not just the strains that showed genetic variation. The study also indicated that the cannabis categories “indica,” “sativa” and “hybrid” may be unreliable. 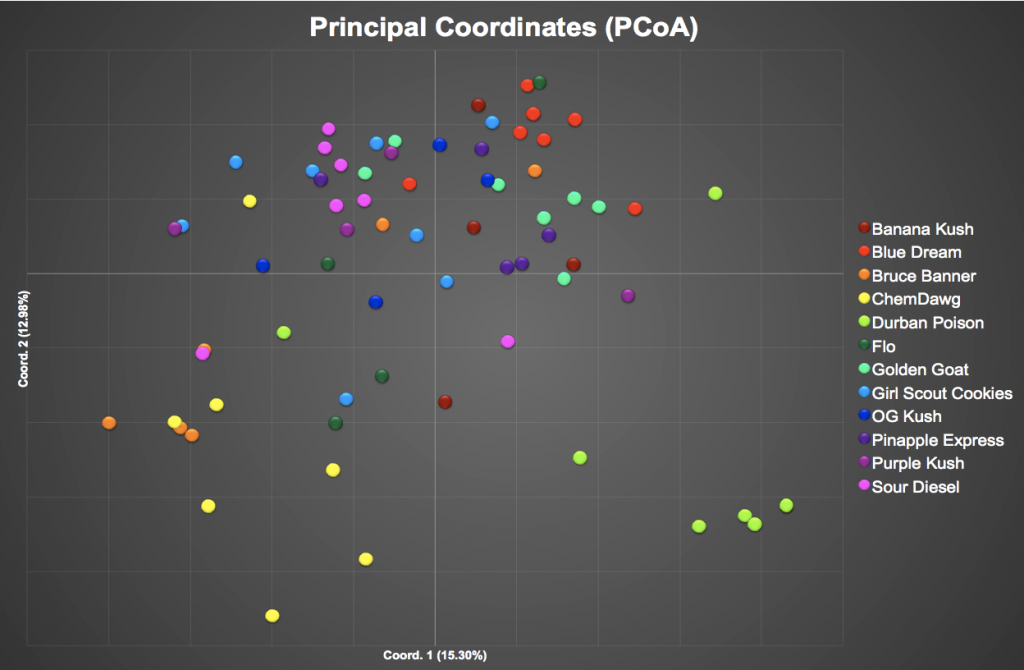 “If genetic differentiation of the commonly perceived Sativa and Indica types previously existed, it is no longer detectable in the neutral genetic markers [the researchers used],” according to the study. “Extensive hybridization and selection has presumably created a homogenizing effect and erased evidence of potentially divergent historical genotypes.”

The team’s findings are consistent with a 2015 study published in the journal PLOS ONE, which also analyzed the cannabis genetics and determined that “marijuana strain names often do not reflect a meaningful genetic identity.”