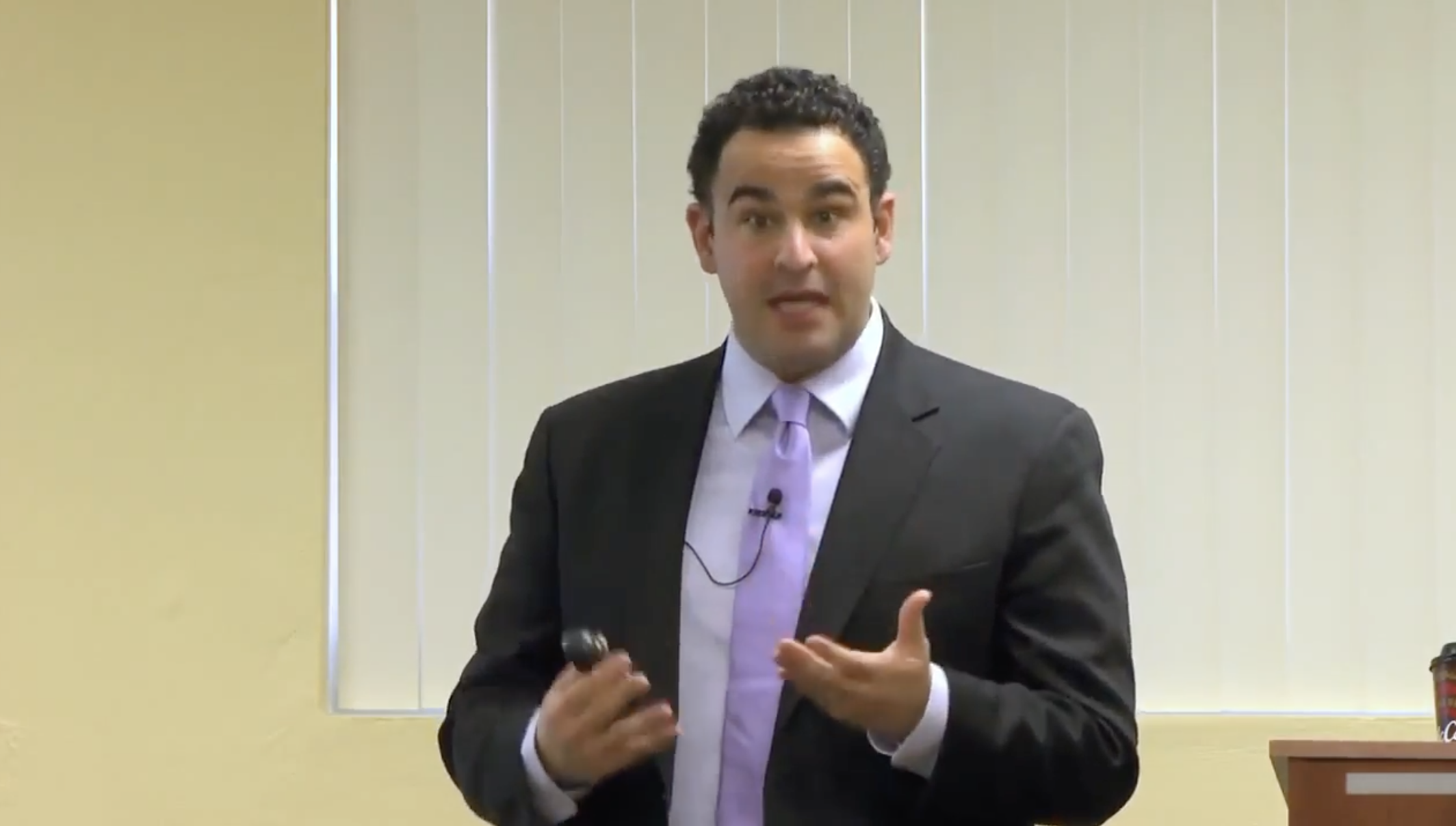 A leading marijuana opponent just compared a legalization ballot measure in Michigan to actual hurricanes that have killed hundreds of people.

Kevin Sabet, who serves as president of anti-legalization group Smart Approaches to Marijuana, penned an op-ed in the Detroit Free Press on Friday that you really have to read to believe.

“Hurricane Florence is barreling down on the East Coast of the country and with it is the threat of disaster-level destruction that harkens back to Harvey, Hugo, and even Katrina.”

OK, sure. No argument there. Florence made landfall Friday morning and is currently hammering the Carolinas with strong winds and widespread flooding. Hundreds of thousands of people are without electricity. A mother, her infant and at least two other unidentified people have already been reported dead due to the storm.

WPD can confirm the first two fatalities of Hurricane #Florence in Wilmington. A mother and infant were killed when a tree fell on their house. The father was transported to NHRMC with injuries. https://t.co/FC5PAhuxig

What does this have to do with cannabis? Well, according to Sabet, there’s a clear parallel disaster looming in Michigan.

Here’s the second sentence of his op-ed:

“While most folks in Michigan will likely be far out of harm’s way this hurricane season, there is another storm brewing on the horizon that could bring about destructive effects on public health and safety: marijuana legalization.”

The comparison pretty much ends there; Sabet doesn’t expand on the similarities except to say that both deadly natural disasters and legal marijuana have “destructive effects.” The rest of the op-ed focuses on data he selected to bolster his argument.

Healthy and Productive Michigan, the main campaign committee opposing the state’s adult-use cannabis measure, proudly shared the editorial in a newsletter, thanking Sabet’s group for “their help sounding the alarm.”

It’s hard to imagine how Sabet and local prohibition activists think it is appropriate to compare marijuana legalization to deadly hurricanes.

Let’s start with the obvious: nobody has ever fatally overdosed on cannabis alone—a fact recognized by even the U.S. Drug Enforcement Administration.

But at least 103 people died during Hurricane Harvey.

At least 1,833 people died during Hurricane Katrina, and some experts say the toll could be much higher.

Cumulatively, the three storms caused more than $250 billion in damage to housing, infrastructure and businesses.

But it’s not just that marijuana legalization hasn’t caused comparable harms or loss of life. Cannabis reform advocates point out that prohibition itself has had a deleterious impact on society and human lives. Besides its contribution to mass incarceration, the drug war has lined the pockets of dangerous criminal organizations that kill to protect their illegal profits, prompted some consumers to seek out “legal” synthetic cannabinoid alternatives that can be lethal and denied pain patients access to a non-toxic treatment alternative to opioids.

But sure… creating a legal and regulated cannabis market for adults in Michigan is basically just like a hurricane.

When fact-based arguments fail to persuade voters—56 percent of Michigan voters favor legalization, according to a recent poll—why not turn to egregious hyperbole?

Marijuana Moment reached out to Sabet for clarification, but he did not respond by the time of publication.