People exposed to advertising from marijuana retailers aren’t significantly more likely to use cannabis. That’s one surprising finding of a new study, although its authors mostly buried that conclusion in the framing of their paper, published this week in the American Journal of Public Health.

“Exposure to any marijuana advertising in the past month did not significantly differ by participant gender, race/ethnicity, highest level of education completed, home ownership, residence in a metro area, or marijuana use (Table 3).” [Bolded emphasis added.] 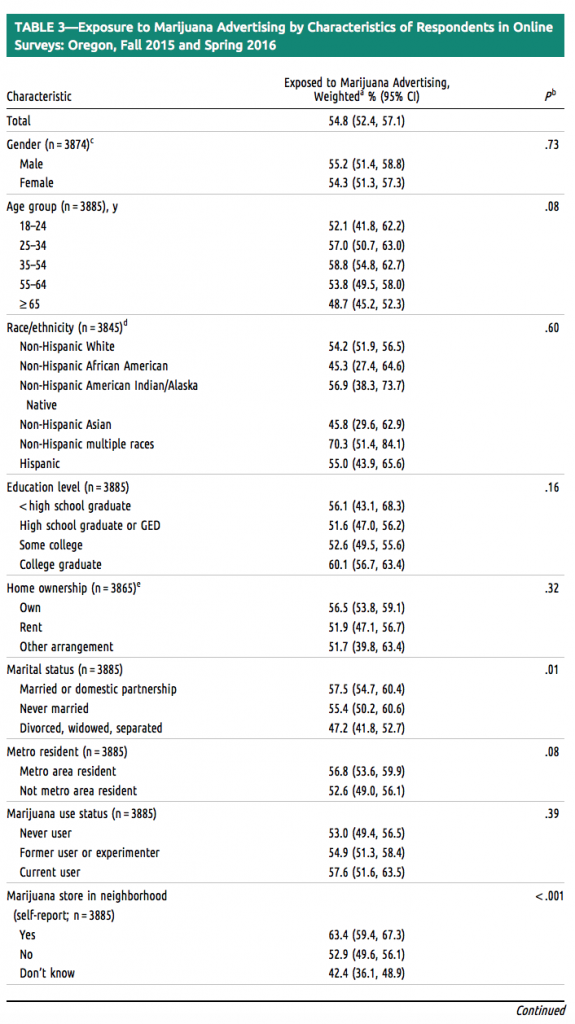 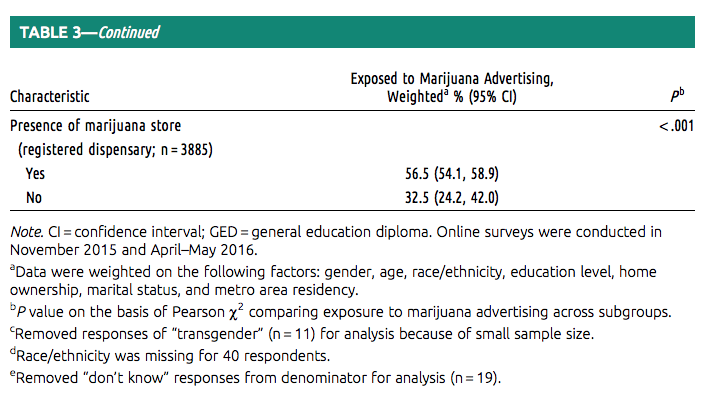 The study, funded by National Institute on Drug Abuse and published online on Tuesday, mostly focuses on describing the reach of marijuana advertisements across communities in Oregon.

A passing mention in its abstract notes that “people who do not use marijuana…were as exposed to advertising as other groups.”

But despite that being a major counterintiutive finding of the study, it is not a focus of the paper.

Although the researchers determined that “exposure to advertising was significantly higher among people who said they had a marijuana store in their neighborhood,” such ad reach apparently doesn’t make much of a difference on whether people shop at those retailers or otherwise consume cannabis.

Among people who saw a marijuana ad within the past 30 days, 53 percent said they have never consumed cannabis, 54.9 percent described themselves as former users or had “experimented” with the drug and 57.6 percent are current users.

The study even identified one possible benefit of marijuana dispensaries: they provide educational information about the possible risks of cannabis use that might not otherwise reach potential consumers.

As to the broader interesting findings about marijuana use and advertising, the results don’t necessarily mean that advertising is completely useless for the cannabis industry.

Even if sponsored messages don’t seem to convince people who otherwise wouldn’t use marijuana to do so, advertising is still likely an important way for cannabis businesses to differentiate their specific offerings from those of their competitors in the minds of already-active consumers.