Democratic voters have become more liberal over the past 18 years, according to survey data released by Gallup on Tuesday. But one issue that continues to divide the conservative and liberal wings of the party is marijuana legalization.

Polling from 2013 to 2018 shows that 81 percent of individuals who identify as liberal Democrats favor cannabis legalization, whereas 62 percent of moderate Democrats and 44 percent of conservative Democrats feel the same. 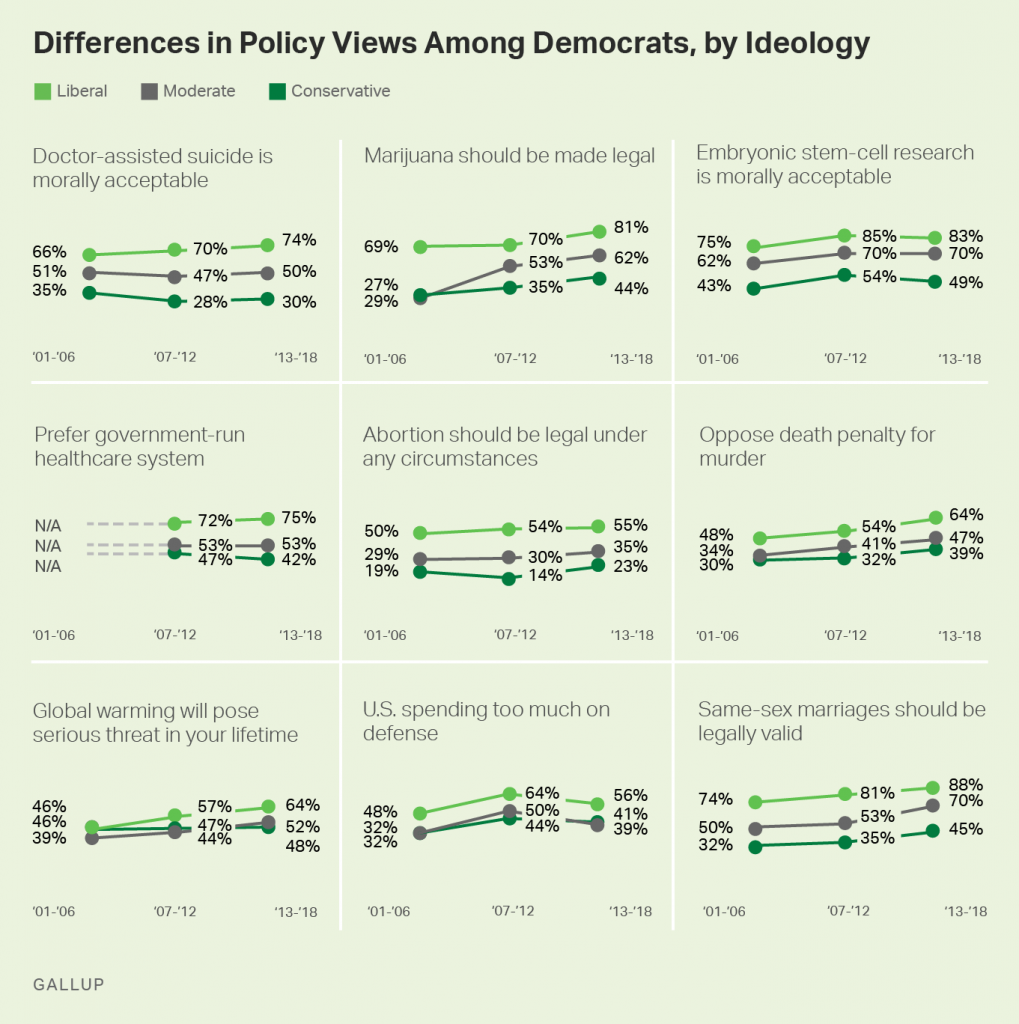 That’s up substantially from the 2001 to 2006 survey period, when 69 percent of liberal Democrats, 29 percent of moderate Democrats and 27 percent of conservative Democrats said they back legalization.

It’s also worth noting that a growing proportion of Democrats identify as liberal. The cohort now represents 46 percent of the party, compared to just 17 percent who identify as conservative Democrats.

Still, while voters are increasingly finding common footing on issues like corporate taxes, gun control and unionization, legalization remains a somewhat contentious issue, according to Gallup.

“Conservative and liberal Democrats diverge sharply on other issues, particularly on certain values-related matters, with moderate Democrats generally falling somewhere in between,” the organization wrote.

The survey results could prove instructive for Democrats who decide to seek out the party’s 2020 presidential nomination. With the rise of liberal Democrats will likely come greater pressure for candidates to adopt pro-legalization planks—something that most candidates who’ve already announced their intent to run have already done.