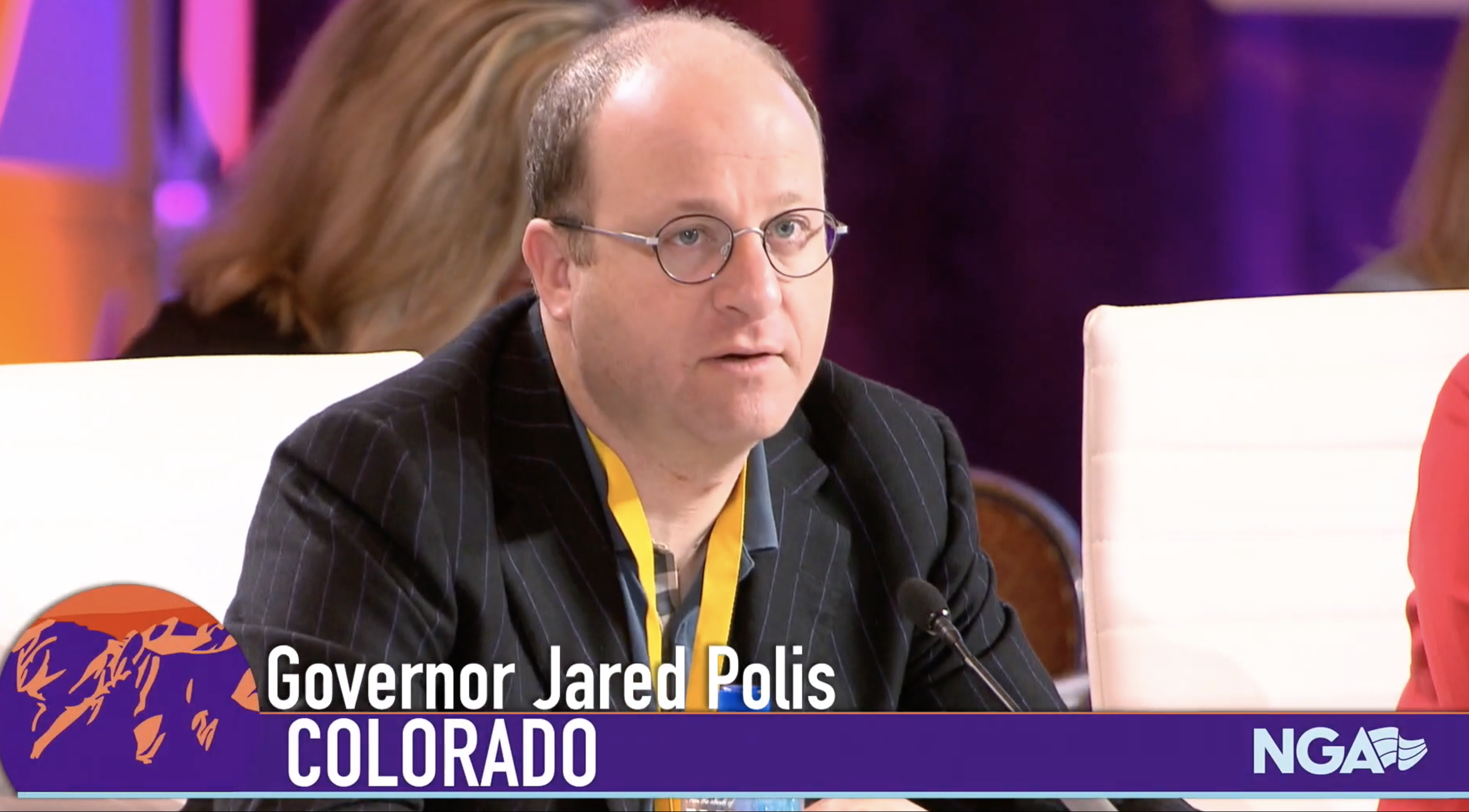 Colorado Gov. Jared Polis (D) said on Friday that legalizing the home delivery of marijuana products is one way his state is working to reduce impaired driving.

During a panel on roadway safety at the National Governors Association’s 2019 Summer Meeting in Utah, Arizona Gov. Doug Ducey (R) raised the issue of impaired driving from cannabis, directing a question about what’s being done to deter such activity to Mothers Against Drunk Driving (MADD) National President Helen Witty.

Ducey, who touted his state’s rejection of an adult-use legalization initiative in 2016, said that the technology exists to identify impaired driving from alcohol but that “it’s more ambiguous on the drug side and it concerns me.” He asked about “how we’re going to have safe roads in these situations” where more states are opting to legalize.

Witty and representatives from the Center for Disease Control and National Traffic Safety Administration weighed in first, expressing similar concerns about the potential impact of legalization on road safety and marijuana use in general.

Then Polis, who campaigned on a pro-cannabis platform and has since signed multiple bills expanding the state’s legal market, offered a differing perspective.

“Colorado has long been a leader in cannabis reform,” the governor said. “Our new efforts include allowing delivery of marijuana, so we’re moving away from the risk of people driving while impaired by having legal delivery to people’s homes.”

“We just passed the enabling legislation around that, beginning with medical marijuana and then moving to full regulated sale of marijuana so people exercise—in our state, it’s a constitutional right to use marijuana in their home—[that right] without the risk of them using it somewhere else and driving,” he said. “We’re really looking at a wide variety of tactics to decrease that risk.”

While the legislation’s signing was generally regarded as a move to build upon the state’s legal marijuana industry and provide a convenient service for patients and consumers, Polis evidently views it as a public safety matter as well, potentially mitigating instances of impaired driving by giving individuals the option to have their cannabis delivered without having to get on the roads at all.

It’s an argument that isn’t commonly made but was touched on in a recent policy analysis from the think tank Reason Foundation, which concluded that “there is little theoretical reasoning as to why delivery would increase the rate of impaired driving” and in fact, it’s “at least equally as plausible that delivery will keep already impaired individuals from driving to purchase more product.”

“As many states have banned the use of marijuana in public, delivery may encourage more consumers to consume in the safety of their homes without ever having to leave,” Reason Foundation’s Spence Purnell wrote.

Further, a recent federal report from the Congressional Research Service cast doubts on the idea that legalization leads to increased instances of impaired driving, and it went on to raise questions about existing data on the impact of cannabis consumption on driving ability in the first place. That said, most advocates and opponents of marijuana reform alike agree that nobody should operate a motor vehicle shortly after using cannabis.