A joint panel of New Mexico House and Senate lawmakers met on Tuesday to discuss the economic impact of legalizing marijuana in the state.

While the legislature is not currently in session, the joint Interim Revenue Stabilization & Tax Policy Committee heard from financial experts about revenue projections and potential tax structures for legal cannabis. They also took public testimony on the issue.

Separate reports from the D.C.-based think tank Tax Foundation, O’Donnell Economics & Strategy and the Legislative Finance Committee on the potential fiscal implications of legalizing cannabis were distributed for the meeting.

The Tax Foundation analysis found that New Mexico could ultimately bring in $68 million annually in excise tax revenue if the state followed Colorado’s model. For the first year in legal sales, the state stands to collect $25 million in total tax revenue, it determined.

Last year, the firm O’Donnell Economics & Strategy released a report that projected New Mexico marijuana sales would reach $660 million within five years of implementation. It also states that “a robust, regulated market for adult use cannabis would support 11,838 new jobs and $541 million in additional income for New Mexicans.” 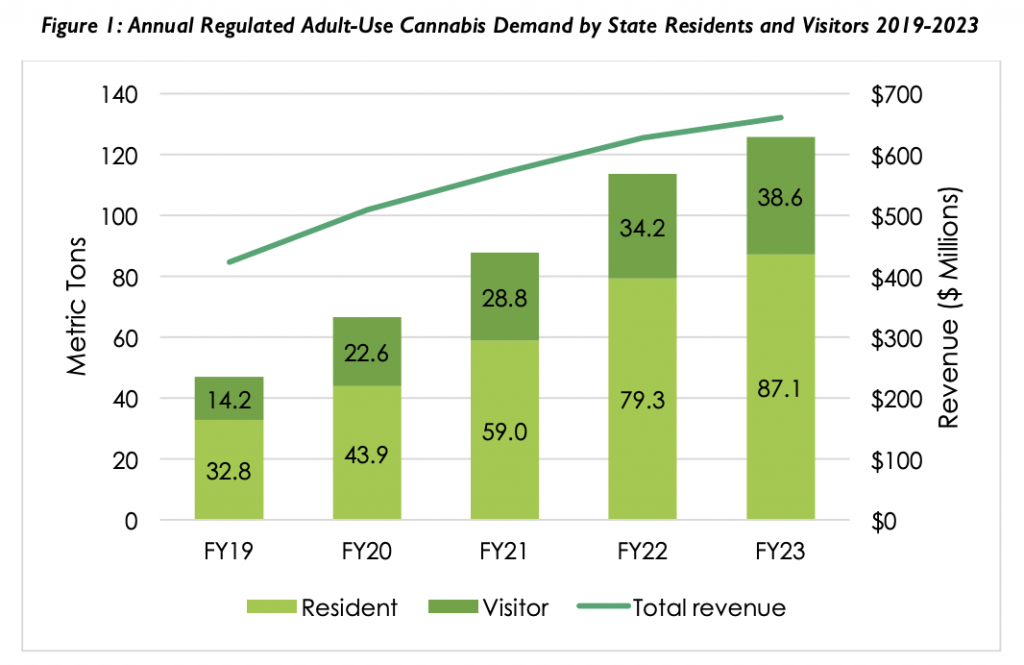 Finally, the panel looked at the Legislative Finance Committee’s analysis of a legalization bill that was introduced during the short session earlier this year. That legislation passed one Senate committee only to be rejected in another.

There was some general debate on the prospect of legalizing marijuana in the state, with some legislators treating it as a given that they will enact the policy change in short order and others raising certain concerns such as how to incentivize people to transition from the illicit to the regulated market.

Rep. Javier Martínez (D), the chairman of the joint committee and the lead sponsor of recent legalization legislation, reminded members that this is not the first time they’ve discussed the financial impact of ending cannabis prohibition.

“We have studied this issue through interim committees through work groups. We’ve traveled the state to hear from people from all walks of life, including public health experts, rural communities, law enforcement—you name it,” he said. “And we’re going to continue.”

He added that “we want to make sure that communities across the state are able to participate in this new, as we heard, multimillion dollar industry.”

The state “can’t legalize for the sake of legalizing without making a commitment to righting the wrongs of the past,” he said, adding that that includes ensuring some cannabis tax revenue is reinvested in communities most impacted under prohibition.

The economics of legalization has been a particular focus both within the legislature and the governor’s office.

“Recreational cannabis is one of those areas where that’s $100 million” in tax revenue, the governor said, referring to a report came out of a working group she formed to study the impact of legalization last year. “It doesn’t fix it, but it plugs one of those holes [and] potentially would be enough to do a whole lot in the Medicaid gaps.”

That report combined tax revenue from the existing medical cannabis market and the add-on of adult-use sales.

While the governor has previously talked about the economic benefits of legalization, she proposed a more targeted use of tax revenue this time by indicating it could help fund the health care program.

In May, Lujan Grisham signaled that she may actively campaign against lawmakers who blocked her legalization bill in this year’s regular session. She also said in February that she’s open to letting voters decide on the policy change via a ballot referendum.

The legalization effort in the state may get a boost next year from the results of this year’s primary elections in which several Democratic lawmakers who had opposed the reform were ousted by progressive challengers.

Marijuana Accounts For One In Ten South Dakota Arrests, New Report Shows Ahead Of Legalization Vote