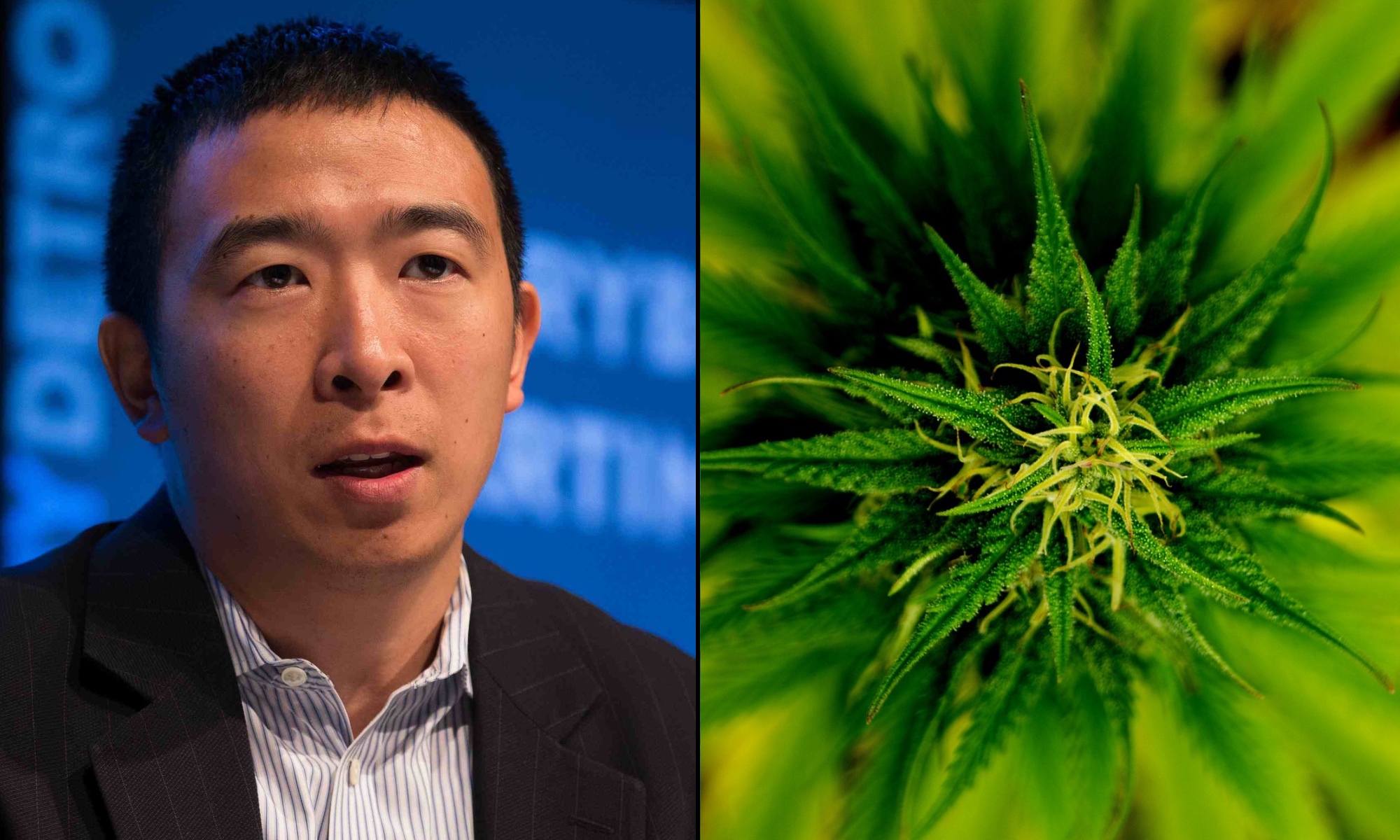 While former Vice President Joe Biden (D) does not support marijuana legalization because he thinks the substance might be a “gateway drug,” at least one of his rival candidates for the 2020 Democratic presidential nomination is hopeful he’ll change his mind once he takes a look at more research.

“I believe that Joe actually will end up evolving on this issue over time if he sees the same evidence that I have,” Andrew Yang, who tweeted a photo of himself posing with marijuana plants on Monday, told CNN.

Two days earlier, Biden said at a town hall meeting in Las Vegas that “there’s not nearly been enough evidence that has been acquired as to whether or not it is a gateway drug.”

“It’s a debate, and I want a lot more before I legalize it nationally,” the candidate, who played a leading role in enacting punitive drug policies during his time as a senator, said. “I want to make sure we know a lot more about the science behind it.”

Biden instead supports medical cannabis and has pledged a modest reclassification of marijuana to Schedule II, the category under which cocaine now falls.

Yang, for his part, backs legalization and has pledged that he would pardon people incarcerated for marijuana offenses and high five them on their way out of prison.

“Most Americans agree that we should be legalizing marijuana at the federal level,” Yang said in the CNN appearance, referring to polling that shows more the two-thirds of U.S. adults now support ending cannabis prohibition.

Spoke with @ErinBurnett on @outfrontcnn about legalizing marijuana and more. Here’s a quick clip from tonight’s show! pic.twitter.com/gsJdUtQy6c

One reason the tech entrepreneur wants cannabis to be legal is so that it can be regulated.

“Marijuana is not something that we should just have out there completely free and easy,” he said, “but it should be legal so that we can regulate it properly, make it safer and more standard for Americans, and also have some of the tax revenues that can help us counteract any of the negative effects.”

He also said that cannabis is “safer than prescription opiates in almost every case” and pointed to racial disparities in the enforcement of marijuana prohibition.

This summer, Yang’s campaign offered a line of marijuana-themed merchandise that supporters could purchase.

Meanwhile, in Congress, the House Judiciary Committee is scheduled to vote on Wednesday on a bill to federally legalize marijuana and fund programs to begin repairing the harms of the war on drugs.

Marijuana Legalization Will Get A Floor Vote This Congress, Key Chairman Predicts