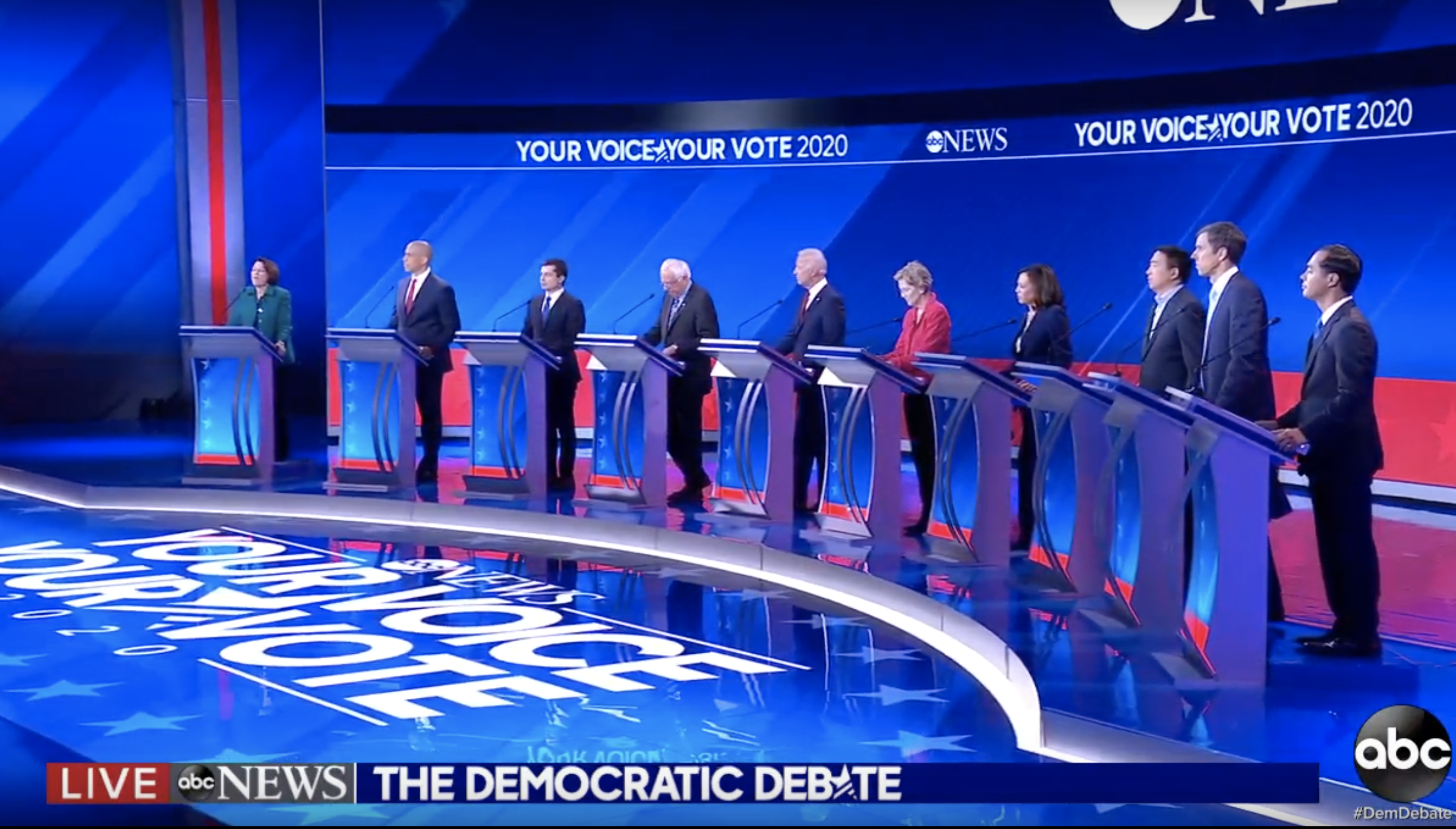 Former Vice President Joe Biden said during Thursday’s Democratic debate that marijuana offenses should be treated as misdemeanors—a position that puts him sorely out of step with every other presidential primary opponent on the debate stage, all of whom are calling for outright cannabis legalization.

“Nobody who got in prison for marijuana, for example—immediately upon being released, they shouldn’t be in there.” he said. “That should be a misdemeanor.”

Biden previously called for cannabis decriminalization as part of his criminal justice plan, but his statement about making marijuana offenses misdemeanors could cause some confusion given that, in many but not all cases, misdemeanor offenses carry the possibility of jail time. He did say at one point that nobody should be incarcerated for a non-violent crime, however.

Biden also said that “nobody should be in jail for a drug problem” and that the country should invest more in “rehabilitation centers, not prisons.”

“We have to change the whole way we look at this,” he said.

NORML was quick to challenge Biden’s response, writing on Twitter that “you just said marijuana should be a misdemeanor. You couldn’t be more wrong.”

We haven't forgot your role in mass incarceration and mandatory minimums.

“It should be LEGAL,” NORML said. “We haven’t forgot your role in mass incarceration and mandatory minimums.”

Biden has routinely faced criticism by his Democratic opponents over his role in advancing punitive drug laws, including the 1994 crime bill, during his time in the Senate. Sen. Cory Booker of New Jersey, who also weighed in on drug policy at the debate, said Biden’s criminal justice reform plan is inadequate and argued shortly after its release in July that the “proud architect of a failed system is not the right person to fix it.”

“Our criminal justice system is so savagely broken,” Booker said during Thursday’s debate. “There’s no difference in America between blacks, whites and Latinos for using drugs or dealing drugs—but if you’re African American, you’re almost four times more likely to be arrested and incarcerated, destroying your lives. So much of this comes down to privilege.”

Booker also said that he planned to grant mass clemency for thousands of incarcerated Americans, decrying “systemic racism that is eroding our nation” and noting that “we have more African Americans under criminal supervision today than all the slaves in 1850.”

“We need to reform this system and we must do it now,” he said. “Every day that we wait is too long.”

The debate segment on criminal justice began with a question first directed at Sen. Kamala Harris of California, with the moderator noting her prior opposition to cannabis legalization and her record as a prosecutor overall.

“There have been many distortions of my record,” Harris said, adding that she was “born knowing about how the criminal justice system in America has worked and has been informed by racial bias.”

“I took on the position that allowed me, without asking permission, to create one of the first-in-the-nation initiatives that became a national model around people who are getting arrested for drugs and getting them jobs,” she said. She went on to say that she’d end mass incarceration and private prisons.

Sen. Amy Klobuchar of Minnesota weighed in to say that the country should go beyond legislation that passed to reform criminal sentencing and “move to the Second Step Act.” She didn’t mention whether marijuana reform would be a part of that step, however.

Former Housing and Urban Development Secretary Julián Castro didn’t address the issue on the stage but included marijuana legalization in a list of “bold ideas” in a tweet his campaign posted shortly after the start of the debate.

We need bold ideas to win.

Marijuana Moment received recommended questions for candidates from representatives of six major cannabis legalization advocacy groups. Though those pointed questions weren’t asked at this debate, drug policy reform supporters did end up seeing their issue discussed at length before political observers across the nation.