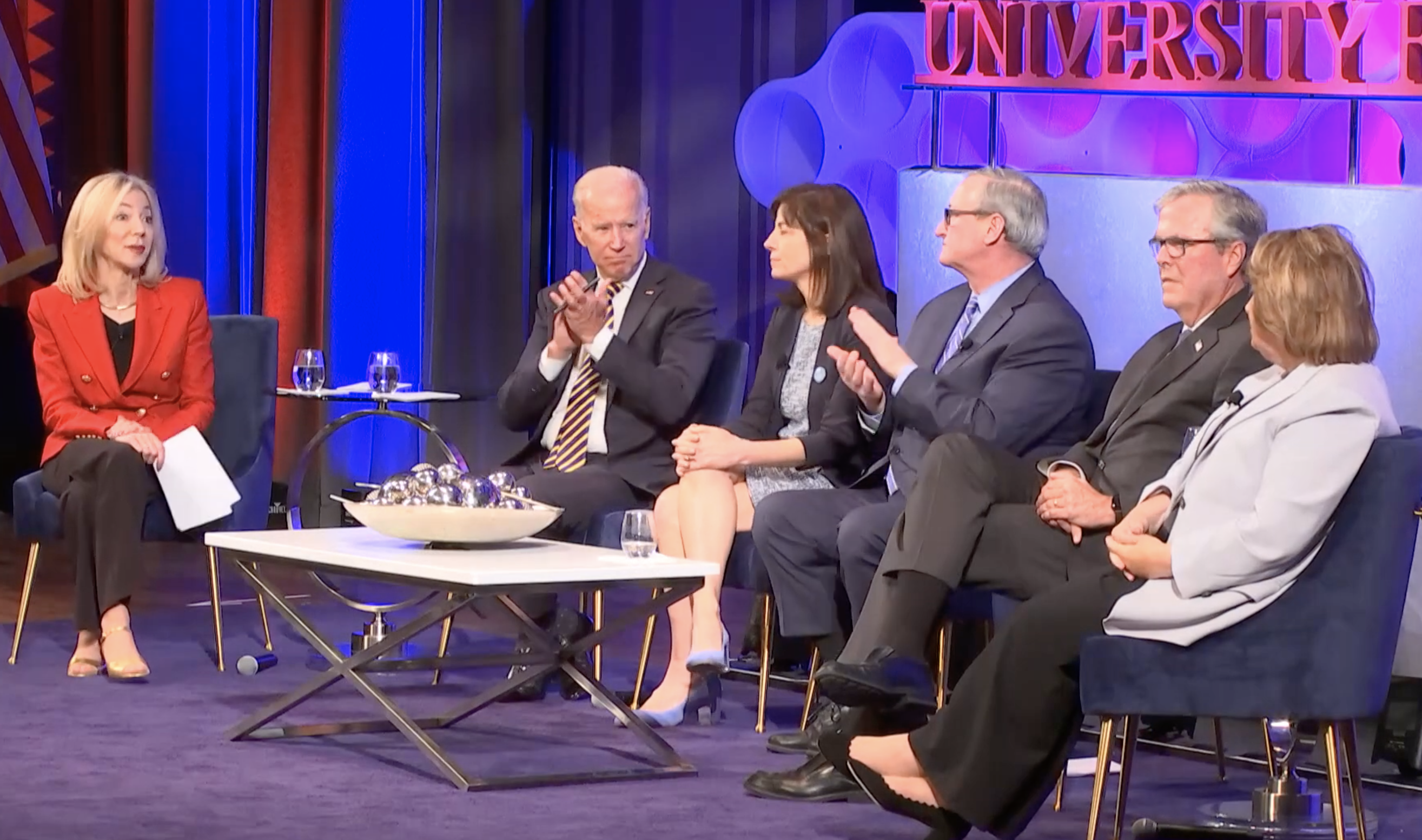 As former Vice President Joe Biden mulls a 2020 presidential run, marijuana reform advocates are following closely to see if the long-running drug warrior is going to change his tune. But at a forum on the opioid epidemic on Thursday, that didn’t seem to be the case.

When the mayor of Philadelphia asked the panel at the University of Pennsylvania event about whether cannabis can be used as an alternative to opioids, psychobiology professor Bertha Madras claimed that patients who consume marijuana experience the same levels of pain and don’t decrease their opioid use, and she also characterized legislative efforts to allow patients with opioid use disorder to access medical marijuana as “disrespectful”—a rant that Biden enthusiastically applauded.

“At this point there are two conclusions. Number one, the data does not show that cannabis is a substitute, because if you actually do longitudinal studies on an individual basis, you find that people are suffering as much pain if they’re taking marijuana, and their opioid use is not decreasing in most cases,” Madras, who served as the deputy director of demand reduction for the White House Office of National Drug Control Policy, argued. “In fact, they’re getting more and more in trouble, in terms of developing opioid use disorder and they’re misusing opioids.”

“Every single disease that is treated in this country—like diabetes, like infections, like cancer—is evidence-based and undergoes randomized controlled clinical trials,” she continued. “And to say that this is by legislative support or by fiat from a governor’s office, that this is how you can treat opioid use disorder without the clinical trials, without longitudinal studies, to me is purely disrespectful of patients.”

There are numerous studies that raise questions about the doctor’s broad dismissal of the notion that cannabis can substitute opioids, but Biden seemed satisfied. He applauded the doctor and later seemed to tell the guest next to him that “she’s right.”

The tacit endorsement of the panelist’s anti-cannabis speech appears to signal that Biden—who as a senator championed the enactment of harsh, punitive drug laws—remains opposed, or at least skeptical about, changing marijuana policies. That will put him at odds with every other major Democratic candidate currently in the race—all of whom have backed legalization for both medical and adult use.

Also at the forum, Biden commented on the addictiveness of opioid-based painkillers and said that “a little pain is not bad,” a remark that could be interpreted as insulting to pain patients, who have increasingly faced stigmatization and scrutiny as they’ve sought relief amidst the opioid crisis.

Joe Biden, asked what one thing he wishes people knew, says people should recognize how addictive pain killers are. "A little pain is not bad," he says.

It’s unclear how seriously Biden is weighing a 2020 run at this stage, with many speaking out about his history of touching women in ways that made them feel uncomfortable. But if he does take the plunge, drug policy will undoubtedly be a sticking point for many voters.

The current field of Democratic candidates is already competing to go beyond simply supporting legalization and either musing broader decriminalization of other drugs or, in the case of Sen. Cory Booker (D-NJ), insisting that support for ending prohibition is contingent on the inclusion of social equity provisions to repair the damages of the war on drugs, which has been carried out in a racially disproportionate manner.

As far as Rep. Earl Blumenauer (D-OR) is concerned, the U.S. will never have another “anti-cannabis’ president. Asked specifically about Biden’s prospects, the congressman told Marijuana Moment in a recent interview that nobody “is going to survive the nominating process who doesn’t have a reasonable position on cannabis.”

“They will not be nominated. I say that unequivocally,” Blumenauer said.

Photo courtesy of YouTube/University of Pennsylvania.