U.S. Attorney General Jeff Sessions held a meeting on Friday to discuss marijuana and drug policy with a group of activists working to defeat legalization efforts.

“I think it’s a big issue for America, for the country, and I’m of the general view that this is not a healthy substance,” Sessions said at the beginning of the gathering. “I think that’s pretty clear. And then have the policy response that we and the federal government needs to be prepared to take and do so appropriately and with good sense.”

In attendance, according to video of the opening introductions captured by a pool photographer and posted by C-SPAN, were:

All are longtime opponents of legalizing marijuana.

“I appreciate the opportunity to hear your analysis on marijuana and some of the related issues,” Sessions told the group. “I do believe, and I’m afraid, that the public is not properly educated on some of the issues related to marijuana. And that would be a matter that we could, all of us together, maybe be helpful in working on and that would allow better policy to actually be enacted.”

It is not clear if Sessions has taken the time to meet with any pro-legalization advocates since being confirmed as attorney general in February.

Also attending the Friday meeting was an official from Johns Hopkins Hospital and a Heritage Foundation intern, along with a handful of others who could not immediately be identified.

A screen shot of a meeting agenda that Sessions was carrying upon entering the room appeared to show that one topic of discussion was, “The effect of marijuana on drugged driving.” 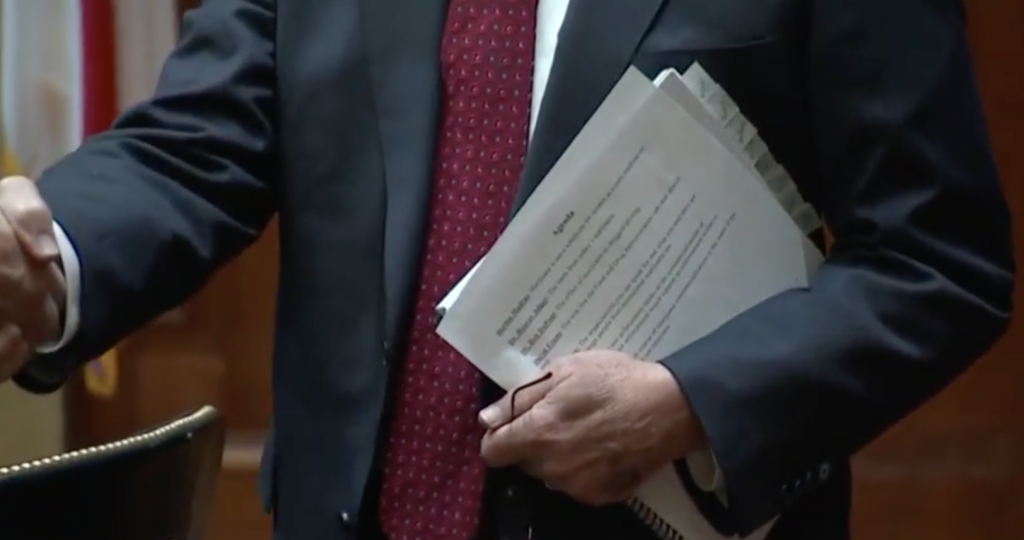 The group’s roundtable discussion itself was closed to the press.

The gathering comes as the Justice Department’s overall position on marijuana policy remains uncertain. Sessions has in recent weeks sent mixed signals about his plans for federal marijuana enforcement under the Trump administration.

Last month, he testified before Congress that an Obama-era Justice Department memo that generally allows states to implement their own marijuana laws without interference remains in effect. But last week he told reporters at a briefing that his department is actively conducting talks about potential changes to the policy.

This is a developing story and may be updated.