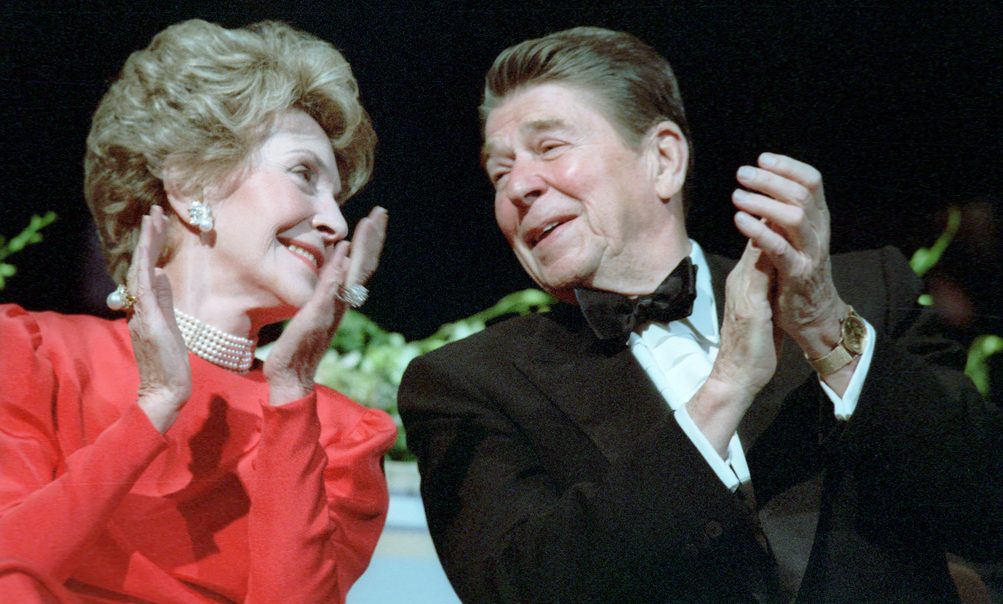 It was 38 years ago that marijuana soured an otherwise lovely Valentine’s Day for President Ronald Reagan.

What started as a serene evening—spent swapping gifts and kisses with his wife, Nancy—quickly devolved into a nightmare when the two settled in to watch the comedy film “9 to 5” starring Jane Fonda, Lily Tomlin and Dolly Parton.

“A truly funny scene if the 3 gals had played getting drunk but no they had to get stoned on pot,” the Gipper, clearly more of a sipper than a toker, wrote.

“It was an endorsement of Pot smoking for any young person who sees the picture.”

Reagan had made his views on cannabis clear earlier, during his 1980 campaign, when he said marijuana was “probably the most dangerous drug in the United States.”

His wife later took up that torch and led the “Just Say No” campaign, which discouraged young people from experimenting with drugs by promoting sensationalized depictions of their effects.

And while that Valentine’s Day in 1981 was spoiled by the giggling trio of ladies smoking Maui Wowie in “9 to 5,” the Reagans went on to enjoy many more holidays together in drug-free matrimony.