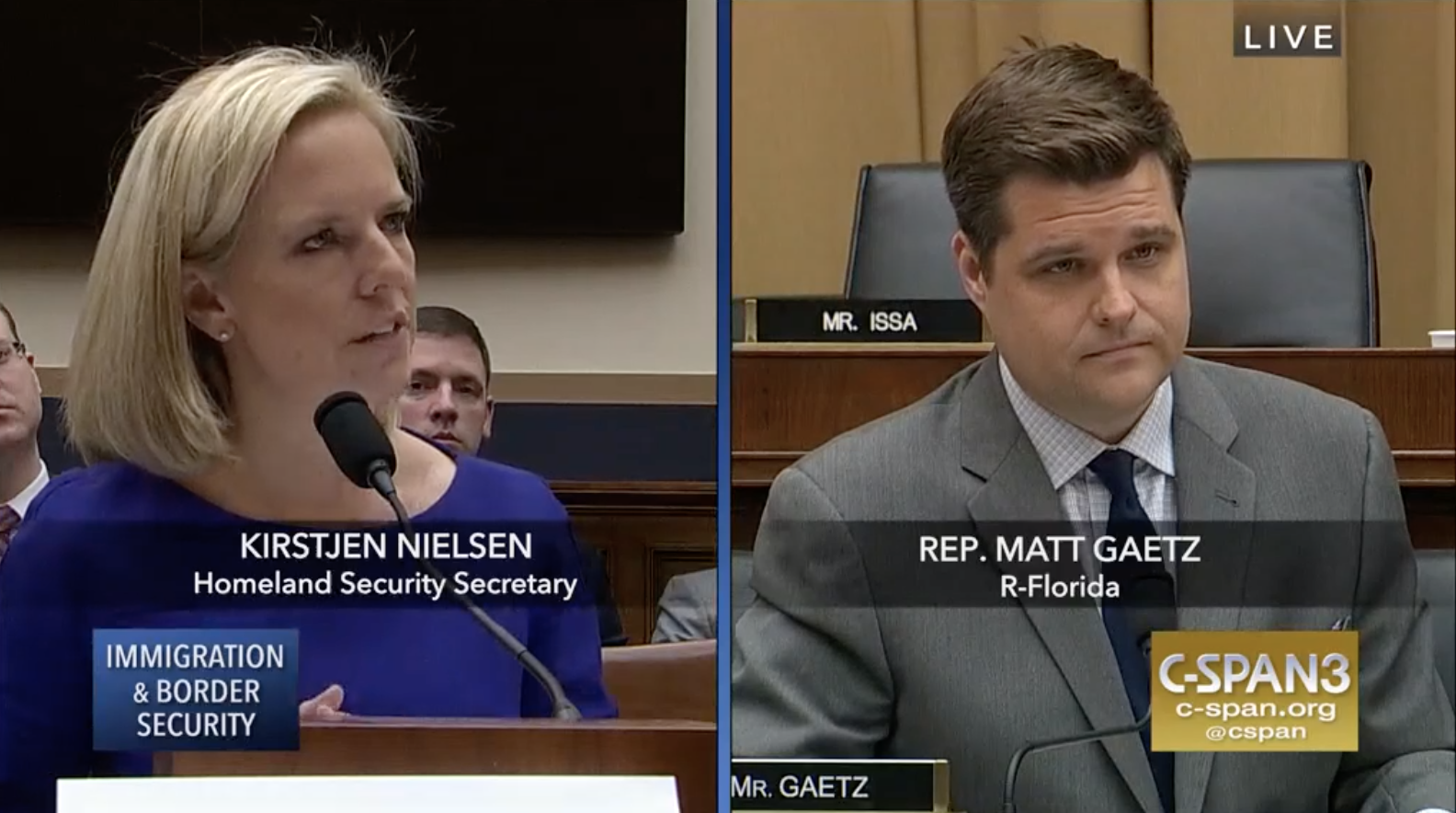 Rep. Matt Gaetz (R-FL) told the head of the U.S. Department of Homeland Security (DHS) at a congressional hearing on Thursday that her job could be a lot easier if only the federal government were to end its prohibition on marijuana.

Citing an inspector general’s report from earlier this year, the congressman explained how Customs and Border Protection seizures of illicit cannabis along the southern border decreased by more than 330,000 pounds from 2005 to 2017. That trend “correlates to the decrease in demand since the legalization of marijuana in states” in the country, the report found.

DHS Secretary Kirstjen Nielsen said she hadn’t read that report but conceded that “demand is down, the flow is down” for marijuana.

“And so if smuggling drugs across the border leads to violence and instability—and if states legalizing medical cannabis reduces the demand and reduces the likelihood that illegal Mexican marijuana will come into our country—does the Department of Homeland Security have a viewpoint on whether or not the federal government ought to use our extreme powers to crush legal medical cannabis laws in our several states?” Gaetz asked.

“I am happy to look at the IG report, sir, and come speak with you,” Nielsen said. “I apologize, I’m just not familiar. We need to get drugs down.”

The congressman said he agreed that drug trafficking should go down, but he voiced frustration about disagreements about how to achieve that end, particularly among Republicans.

“Some think that state-based marijuana is a gateway drug and makes people want illicit products more, but the people who’ve looked at your agency—and you’ve got this very difficult job—are saying that if states have the ability to innovate and make legal, high-quality medical cannabis available to people, then we’re not going to have as difficult a job for you and your border patrol agents and for the people who live across our border,” Gaetz said.

He asked Nielsen to “contemplate that and perhaps it’s something that the department would take a more active role in going forward.”