In fact, marijuana measures represented 16 percent of the total number of local ballot initiatives across the state, according to a new analysis from Ballotpedia. The bulk of those measures concerned cannabis tax policy.

“Of the 726 measures on local ballots, 48 percent were tax measures (excluding marijuana taxes), 23 percent were bond issues, and 16 percent were marijuana-related measures, with the remaining measures covering various topics.”

Here’s what that looks like in a pie chart: 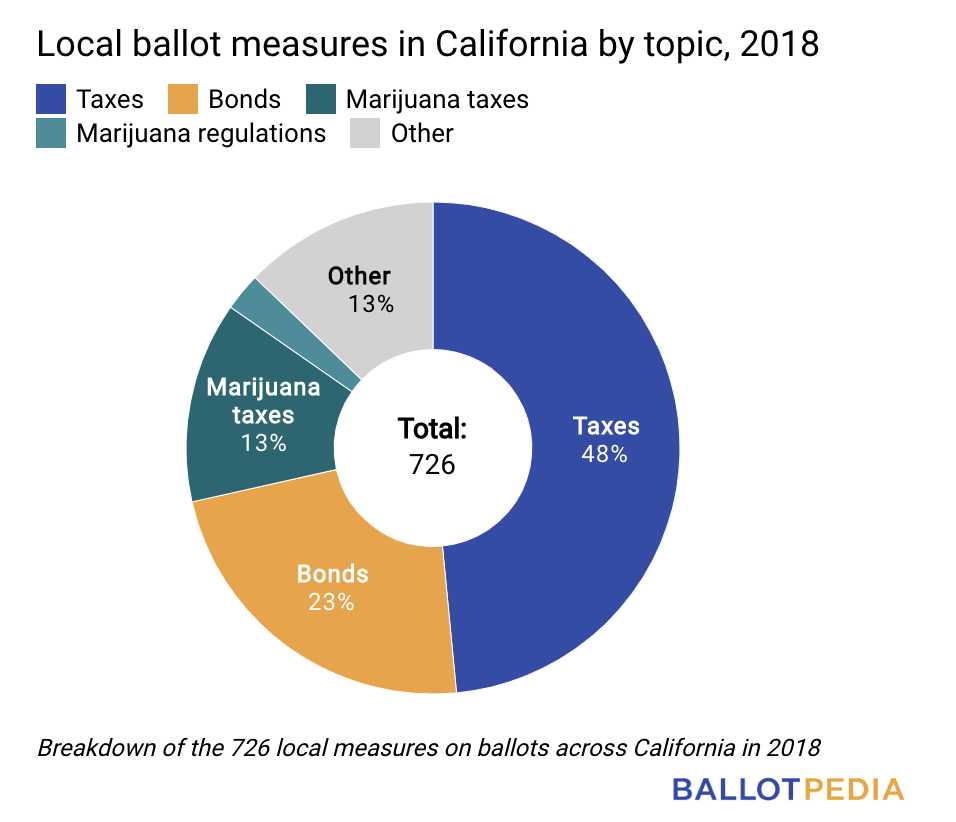 Ballotpedia found that 84 percent of the cannabis measures passed and 16 percent were defeated.

There were more than 90 California cities and counties that had marijuana on the ballot, some with multiple questions. And while cannabis tax policy was the most common, voters also weighed in on other measures like permitting marijuana delivery services in Malibu.

Lesser-Known Marijuana Votes You Might Have Missed On Election Day