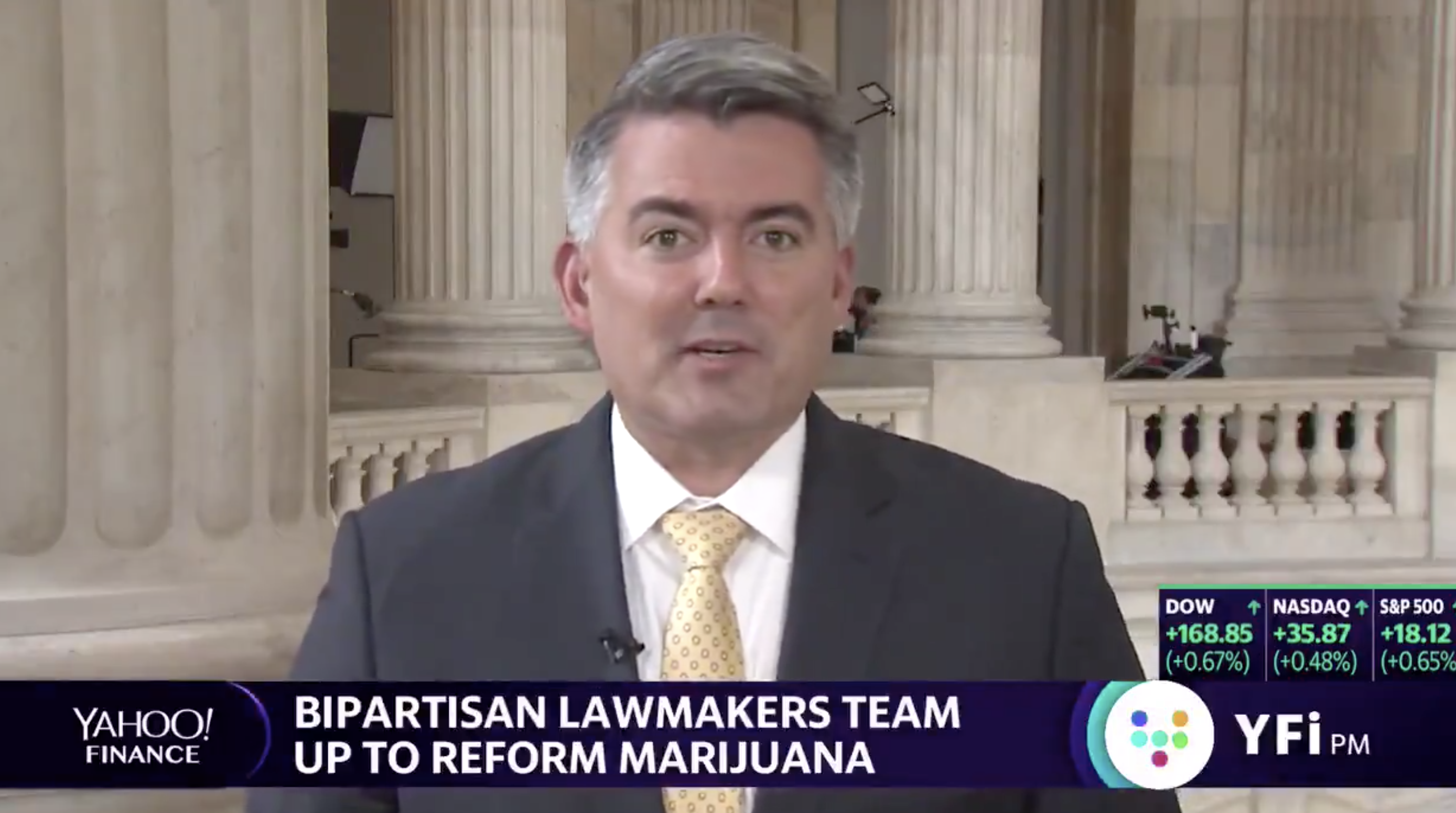 Gardner, who is the lead GOP sponsor of separate bills to let cannabis businesses access banking services and to protect states that have legalized from federal interference, said bipartisan support for his legislation “sends a strong signal that it’s time to pull the federal government’s head out of the sand on marijuana and actually address” the issue.

“It’s a sign that it’s no longer acceptable for the status quo [to continue] and we need to actually fix this conflict in federal and state law,” he said.

The senator revealed that he’s had “a number of good conversations” with Sen. Lindsey Graham (R-SC), who chairs the Senate Judiciary Committee, as well as “some of the others in key committees like the Banking Committee.”

“I actually have some pretty good confidence that we can move forward on a solution this year,” Gardner told Yahoo Finance. “I think the consistent drumbeat of businesses and organizations and individuals going in to share their story with Chairman Graham and others has really made a key difference in terms of how we’re going to pass legislation to actually fix this conflict.”

Of course, cannabis reform legislation would also have to be signed by Trump, who Gardner said he considers an ally on the issue.

“I think the president would look at it as a commonsense approach that helps him out as well,” he said in response to a question about whether passing the bill he is co-leading with Sen. Elizabeth Warren (D-MA) could aid her presidential campaign as she seeks to oust the incumbent occupant of the Oval Office. “He’s been supportive of this approach from the get-go. The conversations I have had with him over the past year-plus have been very productive.”

“I think that this is something he understands needs to be done because of the number of states—47 states have now moved forward—and to use his term, we’re not going to go backwards on this. Let’s fix the problem,” he added.

While Trump has not been particularly vocal about the issue since being elected, he did say last year that he “really” supports legislation to let states set their own marijuana policies without federal intervention when asked by a reporter.

Meanwhile, a number of political observers have pointed out that bringing home a federal cannabis win of some kind or another to Colorado could go a long way toward aiding Gardner’s own bid to be reelected next year.