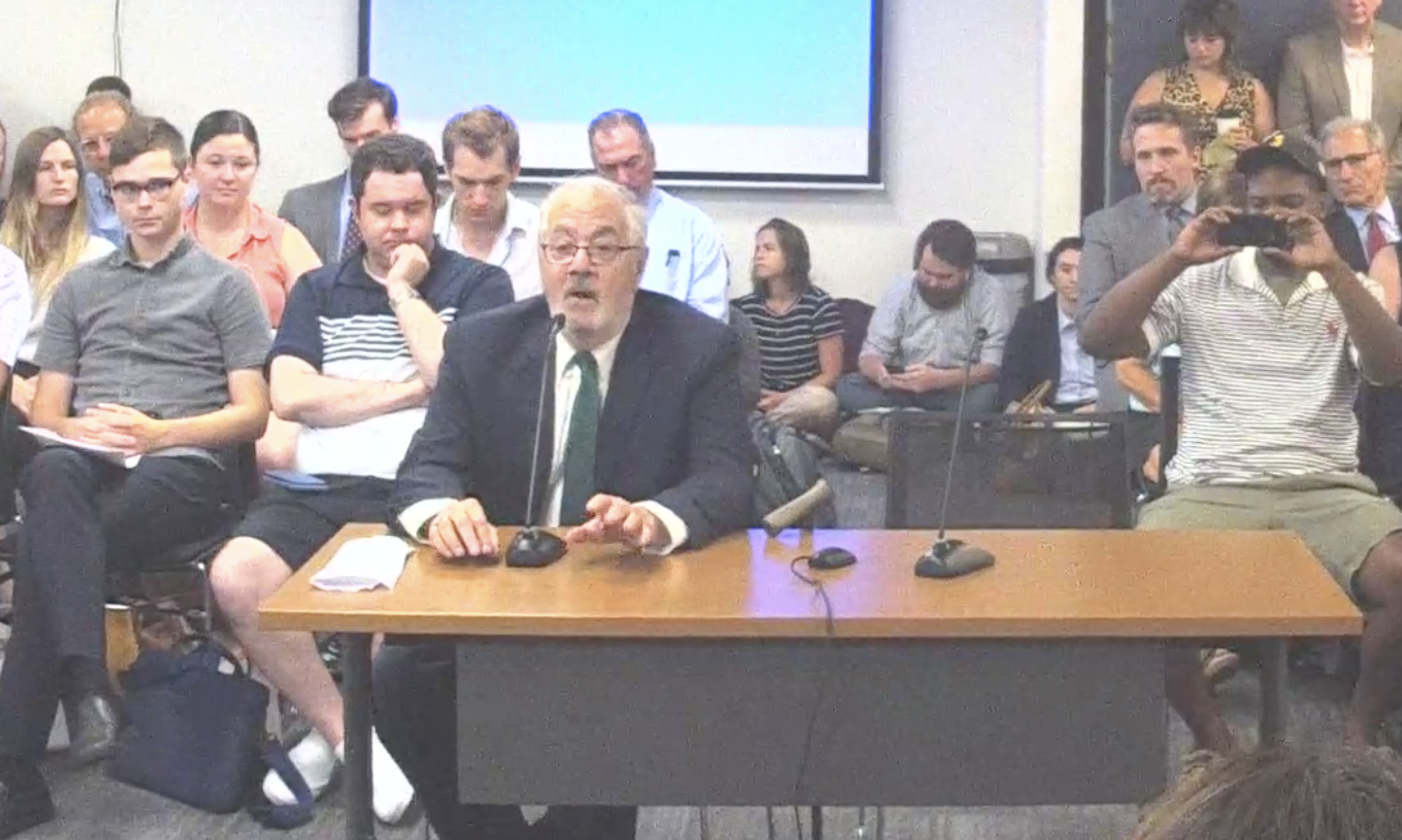 Former U.S. Rep. Barney Frank (D-MA) made an appearance at a Massachusetts Cannabis Control Commission listening session on Wednesday, describing the progress of the legalization movement and his decades-long role in advancing reform.

At the start of his testimony, Frank showcased a copy of legislation he introduced as a Massachusetts state representative in December 1972 titled “An Act To De-Control Marihuana,” which would have decriminalized cannabis and established a non-commercial legalization model.

Lol: former Congressman Barney Frank just showed up to the @MA_Cannabis listening session on draft regulations to reflect generally on the progress of marijuana reform — and dropped off a copy of the decriminalization bill he filed in the Mass. Legislature in 1972. Much applause.

He later moved to enter the bill into the record of the state regulatory commission, which is currently accepting public comment on proposed rules allowing marijuana delivery services and social consumption areas.

Frank has been a longstanding champion of marijuana reform—from his time in the state legislature to Congress and now as a member of the legal industry who joined a small cannabis company in March. He cosponsored a federal medical cannabis legalization bill in the early 1980s and first introduced similar legislation himself in 1995.

“I am getting old, but at least one thing that I have found improves with age and that is the pleasure of getting to say ‘I told you so,'” the congressman said.

Watch the Frank’s comments on marijuana, about 33:00 into the video below:

The former lawmaker discussed the “great progress” that’s being made on marijuana reform, noting that there are “several pieces of legislation going through” Congress. He pointed to a bill that would allow banks to service state-legal cannabis businesses as one proposal that “has a very good chance of becoming law soon.”

More broadly, Frank said that he regarded cannabis legalization as a fundamentally American policy decision in that it reflects an attitude where “if people want to it, people in this country ought to be allowed to do unless they are harming other people.”

Cannabis also holds the potential to “reconcile people in our society,” he said.

Frank witnessed the criminalization of marijuana firsthand, when police showed up at his partner’s house and charged him with possessing and cultivating cannabis in 2007.

“We talk a lot about division, anger, generational problems,” he said. “I think that appropriate set of regulations would make it possible for adults to responsibly use marijuana for any purpose they choose. That will go an important way towards healing one of the major divisions we have.”

The openly gay congressman also drew a parallel between the marijuana legalization and same-sex marriage movements.

“In some ways, marijuana legalization is following a path for the same reason as same-sex marriage,” he said. “We have an ethos in American where we say you don’t stop people from doing the things they want to do just because you don’t approve.”